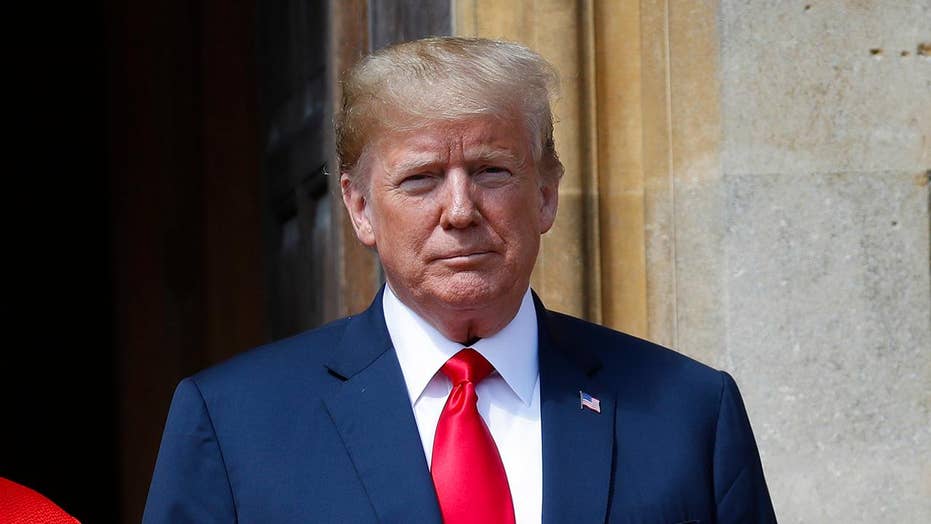 President Trump says the United States has many 'foes,' including the European Union, Russia and China.

President Trump ratcheted up his criticism of the European Union the day before he meets with Russian President Vladimir Putin in Finland, calling the political and economic union "a foe” of the United States.

Speaking ahead of his summit meeting on Monday with Russian President Vladimir Putin and after a tumultuous week in Europe, Trump said that European leaders were taking advantage of the U.S. and failing to boost defense spending despite demands from Washington.

“EU is very difficult,” Trump said. “In a trade sense, they've really taken advantage of us and many of those countries are in NATO and they weren't paying their bills.”

In the interview, Trump also continued his assault on Germany that he began during the two-day NATO summit on Brussels earlier in the week, calling out the country for a pipeline deal with Russia.

“They're going to be paying Russia billions and billions of dollars a year for energy and I say that's not good, that's not fair,” Trump said.

"America and the EU are best friends. Whoever says we are foes is spreading fake news," Tusk tweeted.

Despite his comments about the EU - in which he also said that Russia is a “foe in certain respects” and “China is a foe economically” – Trump signed a communique at the NATO summit that had been agreed to by their ambassadors last weekend, five days before the summit began.

The 23-page text did contain a reference to an old spending pledge the leaders made in 2014 after Russia annexed Ukraine's Crimean Peninsula, convincing NATO of the importance of halting spending cuts. The more than 20 allies not spending 2 percent of GDP on their national military budgets pledged at the time to start investing more as their economies grew, and to move toward that goal by 2024.

Quizzed about whether Trump had demanded that his allies boost their budgets beyond 2 percent, Secretary-General Jens Stoltenberg — who as NATO chairman has the unenviable job of speaking for all 29 allies — said: "We have made many decisions. You can read them in the declaration." 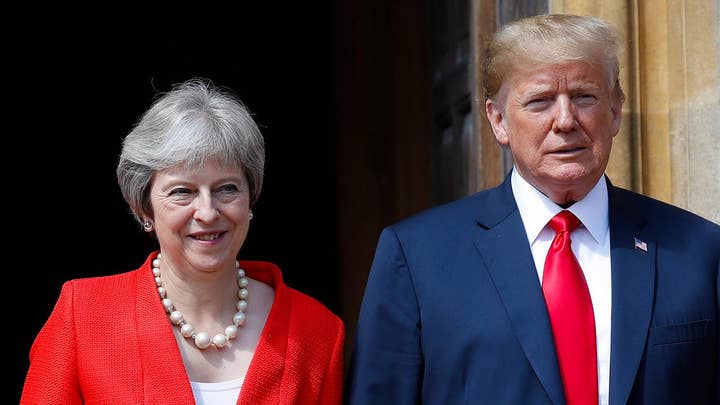 French President Emmanuel Macron was more straightforward. The declaration signed by the 29 NATO leaders, he said, "confirms the goal of 2 percent by 2024. That's all."

Questioned repeatedly about Trump's unpredictable demands, Macron injected a note of gravity, underlining that NATO's work is important, that it involves the lives of men and women — U.S. Corporal Joseph Maciel from California was killed in an insider attack in southern Afghanistan last weekend — and must not be taken lightly.

"Without doubt these days, modern law gives more importance to the background noise than the music that was played," Macron said as the summit wound down.

"President Trump is the leader of a great country. So he does what we all do. When we draw up a communique, we generally read it, we negotiate, and then we support it. So he knows what he's signed up to," Macron said.

German Chancellor Angela Merkel, left Brussels as unruffled and unflappable as ever, telling reporters that "there was a clear commitment to NATO by all."