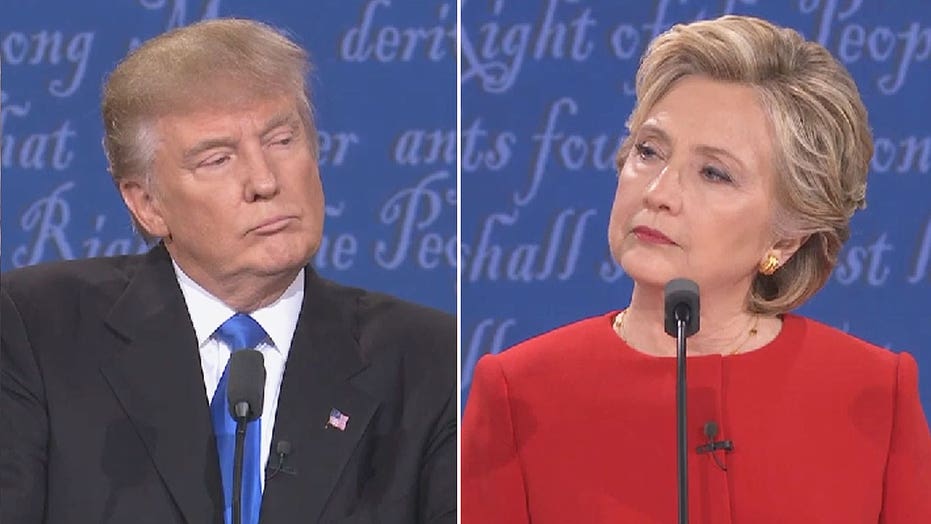 Trump: I will release my taxes when Clinton produces emails

Republican presidential nominee Donald Trump responded Sunday to a news report that he declared a loss of nearly $916 million on his 1995 income tax returns, saying he knows the country's "complex tax laws better than anyone who has ever run for president."

Trump made the comment on Twitter after The New York Times reported Saturday on the tax return, citing leaked copies of his tax records.

The paper reported that Trump's claimed losses were so large that they would have allowed him to avoid paying an equivalent amount of federal income tax over an 18-year period.

"I know our complex tax laws better than anyone who has ever run for president and am the only one who can fix them. #failing@nytimes," Trump tweeted.

The Times report noted that tax experts have found no evidence of wrongdoing connected with Trump's 1995 tax returns, though the paper claimed that the large loss likely would have drawn the attention of the IRS.

The newly reported documents are certain to become an issue in the presidential race. Trump's Democratic opponent, Hillary Clinton, has repeatedly called on him to release his returns. Trump has declined to do so, citing an IRS audit.

The Times reported that the documents were mailed to one of its reporters last month. The return address indicated that they had been sent from Trump Tower in New York City. The paper said it had confirmed the returns' accuracy with Trump's then-accountant.

"This is legit," Jack Mitnick, whose name appears as Trump's tax preparer of the filings, told the newspaper.

The Trump campaign issued a statement late Saturday saying the documents had been "illegally obtained" and called The Times "an extension of the Clinton Campaign, the Democratic Party and their global special interests."

"Mr. Trump is a highly-skilled businessman who has a fiduciary responsibility to his business, his family and his employees to pay no more tax than legally required," the statement went on. "That being said, Mr. Trump has paid hundreds of millions of dollars in property taxes, sales and excise taxes, real estate taxes, city taxes, state taxes, employee taxes and federal taxes, along with very substantial charitable contributions."

The statement also claimed that Trump "knows the tax code far better than anyone who has ever run for President and he is the only one that knows how to fix it."

Separately, The Times reported that Trump attorney Marc Kasowitz had emailed the paper threatening "appropriate legal action." Kasowitz reportedly claimed that publishing the documents was illegal because Trump had not authorized the release of any of his returns.

Clinton campaign manager Robby Mook said the Times report "reveals the colossal nature of Donald Trump's past business failures and just how long he may have avoided paying any federal income taxes whatsoever.

"He stiffed small businesses, laid off workers, and walked away from hardworking communities. And how did it work out for him? He apparently got to avoid paying taxes for nearly two decades -- while tens of millions of working families paid theirs."

Trump responded by saying "That makes me smart," a comment he disavowed just minutes after the debate. Asked by reporters if he had admitted to not paying federal income taxes, Trump said, "I didn't say that at all."

Trump added during the debate that he would release his returns — over what he described as his attorney's objections — only after Clinton released roughly 30,000 emails she had deleted from her private server that she had deemed personal.

Because of provisions in the tax code that allow wealthy individuals to offset their personal income with losses in various partnerships and business ventures, Trump could have used his losses in 1995 to avoid incurring tax liabilities on as many as three years of prior and 15 years of future profits.

The $916 million in losses reported by the Times would not include previous years of losses incurred by Trump while his New Jersey casino empire slid into bankruptcy.

In an interview, Mitnick told the Times he had sometimes found it odd that the tax code allowed Trump to live in such luxury without paying income taxes.

"Here the guy was building incredible net worth and not paying tax on it," he said.

The Associated Press reported this week that Trump has released tax documents to gambling regulators in multiple states, as well as banks that have loaned the GOP candidate money over the years. However, those who have seen the returns are barred from discussing their full contents by professional or legal restrictions.