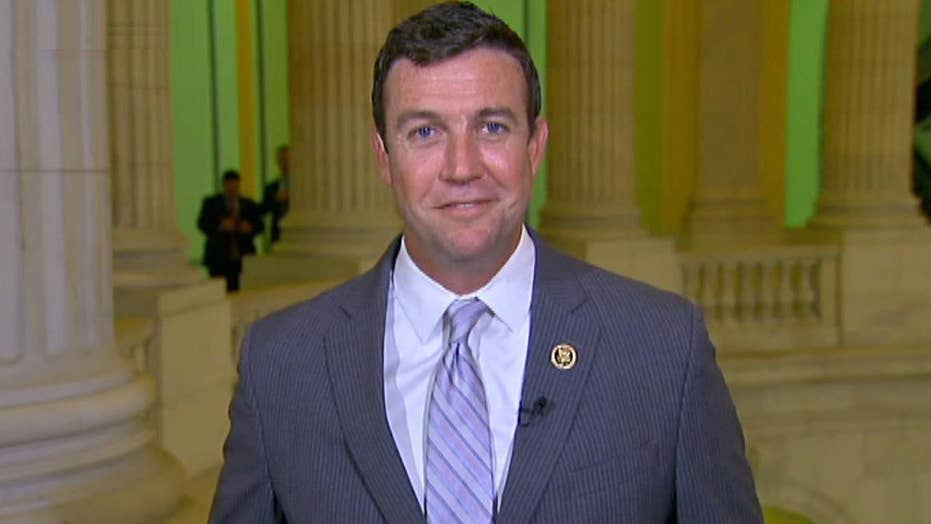 Members of Congress getting behind Trump

Rep. Duncan Hunter tells 'On the Record' why he has endorsed Donald Trump and why he believes 'The Donald' is the leader the nation needs

Donald Trump on Wednesday picked up his first congressional endorsements, as Reps. Chris Collins, R-N.Y., and Duncan Hunter, R-Calif., said they would back his candidacy.

Collins threw his support to Donald Trump following the billionaire's victory in the Nevada caucuses.

"Donald Trump has clearly demonstrated that he has both the guts and the fortitude to return our nation's jobs stolen by China, take on our enemies like [the Islamic State], Iran, North Korea and Russia, and most importantly, re-establish the opportunity for our children and grandchildren to attain the American Dream," Collins told the Buffalo News. "That is why I am proud to endorse him as the next president of the United States."

Hunter told Politico on Wednesday that he too would back Trump. "We don't need a policy wonk as president. We need a leader as president," he said.

The two endorsements came just hours after Trump boasted that endorsements "are a waste of time" and that he'd rather focus on picking up support from voters.