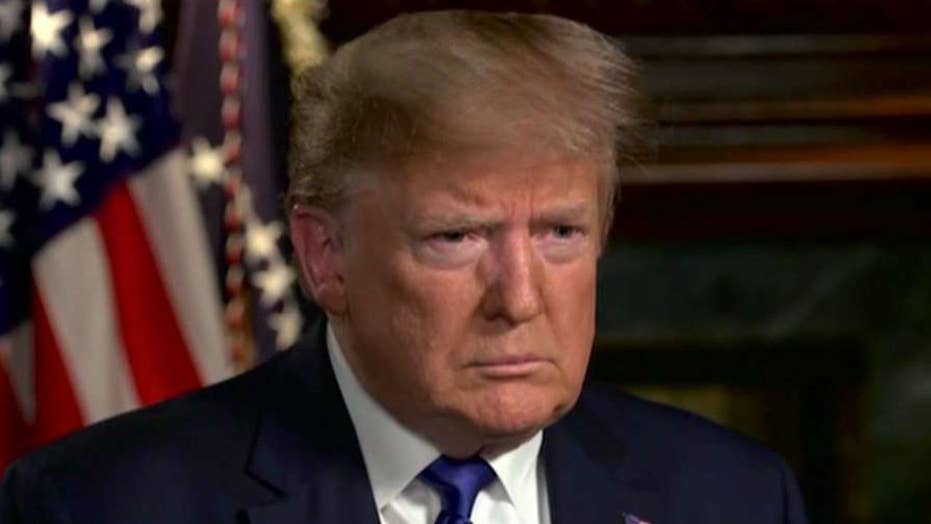 Trump's response on Sunday comes as Bloomberg, a billionaire, has spent roughly $300 million on ads, running twice as many than Trump's entire 2016 campaign, according to the Los Angeles Times.

The first of two 30-second ads by Trump featured Alice Marie Johnson -- a nonviolent drug offender commuted by the president with the help of Kim Kardashian. The emotional ad showed her being reunited with her family and thanking Trump.

“My heart is just bursting with gratitude,” Johnson says in the commercial. “I want to thank President Donald John Trump. Hallelujah!”

Trump's second commercial focused on his record and the booming economy.

Bloomberg responded with longer, but still emotional ad on gun violence, which showed Calandrian Kemp, a mother from Texas who lost her son, George Kemp Jr., from a fatal gunshot wound. He was an NFL hopeful and died at 20-years-old.

"Lives are being lost every day," Kemp says in the commercial. "It is a national crisis."

During a pre-Super Bowl interview on Fox News, Trump fired shots at the presidential candidate, appearing to taunt him for his 5-foot-eight stature.

“It’s OK, there’s nothing wrong -- you can be short,” Trump told Sean Hannity. “Why should he get a box to stand on?"

Bloomberg responded to his comments, saying that Trump "lies."

“I stand twice as tall as he does on the stage -- the stage that matters,” Bloomberg said, according to the paper. “I think Donald Trump knows that I can beat him, and that’s why he comes back with those kinds of comments.”