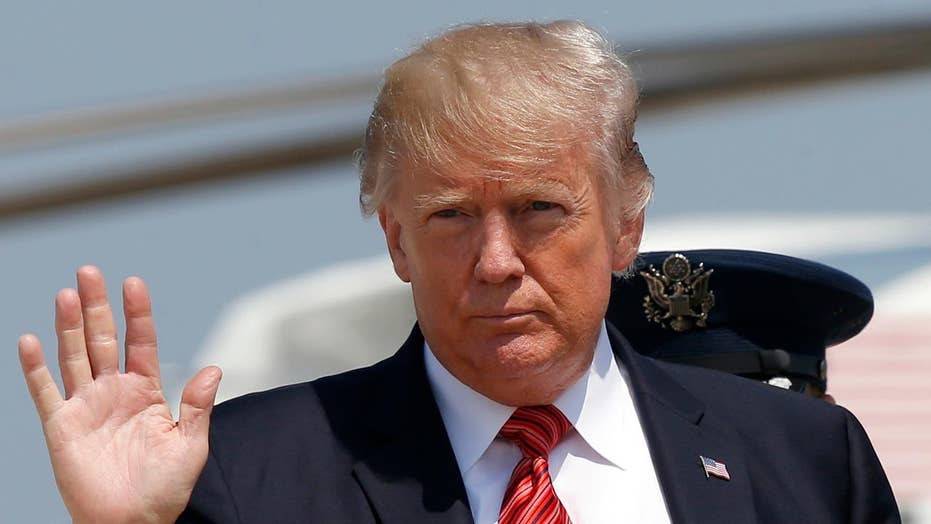 What tone will President Trump bring to Arizona rally?

President Trump will head to Arizona Tuesday to visit America's southern border and hold a campaign-style rally a day after he announced an increase in military presence in Afghanistan.

Tuesday will be Trump’s first visit to Arizona since he became president. On the campaign trail, it was in Arizona that Trump gave what he called a “detailed policy address” on immigration issues.

Here’s what to know about the president’s trip.

What can we expect from Trump’s trip?

Trump is set to hold a campaign-style event Tuesday evening in the state he won by 4 percentage points in the 2016 presidential election.

The state, situated along the nation's southernmost border, was the stage for some of Trump’s more memorable addresses on immigration during the election.

This will be Trump’s eighth political rally since becoming president and the first in the West. His 2020 re-election campaign pays for and organizes these events.

Trump, who has had a volatile relationship with both GOP Arizona senators, teased a big announcement ahead of the rally – and he could use the platform to castigate either Sen. John McCain or Sen. Jeff Flake, Republican strategist Michael Noble told The Hill ahead of the event.

Flake will not attend the rally, Tucson News Now reported.

Earlier in the day, Trump is scheduled to visit a Marine Corps base in Yuma, Ariz., along the U.S.-Mexico border. There, Trump could renew his vow to build a wall and highlight his tougher immigration policies.

Gov. Doug Ducey, R-Ariz., is expected to greet Trump when he arrives in Arizona. However, Ducey will not attend the rally as he will be focusing on security and “working with law enforcement” during the actual event, the Arizona Republic reported.

Richard Herrera, an Arizona State University associate professor of political science, told the newspaper that Ducey’s decision to meet Trump but not attend the rally could show the balance he is trying to take with Republican voters who support the controversial president and those who do not.

There are multiple anti-Trump demonstrations planned throughout the day across Phoenix, according to the Arizona Republic.

The largest protests are expected to be the “Protest Trump Downtown Phoenix” and the “White Supremacy Will Not Be Pardoned” demonstrations.

Trump has suggested that he could pardon embattled ex-Sheriff Joe Arpaio, the strong supporter of the president who was convicted of criminal contempt for defying a judge’s order to cease traffic patrols that targeted immigrants.

Trump told Fox News earlier this month that he is “seriously considering a pardon” for Arpaio, 85, because “he has done a lot in the fight against illegal immigration.”

Arpaio said Monday that he will not attend the rally.

How can Trump’s event be viewed?

It can be viewed on the Fox News Channel and online via FoxNews.com’s live blog.