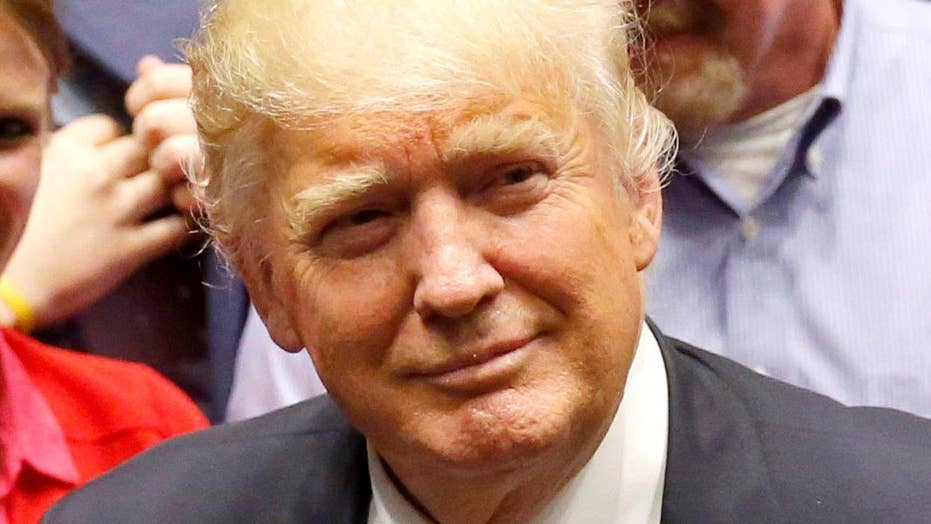 Is it time for Donald Trump to welcome super PAC money?

WASHINGTON – Republican presidential candidate Donald Trump has filed new financial documents describing his personal wealth — and he isn't waiting until they're public to say they're good.

Trump announced late Tuesday he had submitted his candidate financial disclosure form to the Federal Election Commission. He said it showed "a tremendous cash flow" and growing revenues from his businesses.

The form — which will be publicly available after an initial review by the government — should offer updated information about the value of his assets and the revenues produced by his businesses. According to Trump, over the last 17 months his businesses' revenues grew by $190 million, and he earned $557 million in income.

Trump said last July in a note accompanying a previous disclosure that he was worth more than $10 billion, an assertion he also made Tuesday. Also last year, he reported that a large amount of his valuation came from the $3.3 billion in estimated worth he placed on his personal brand. Last July, Forbes magazine deflated that valuation, saying Trump's brand was likely worth about $125 million.

In Tuesday's release, Trump also said his ability to accumulate wealth demonstrates what he described as "the kind of thinking the country needs."