Israelis pause to remember the fallen soldiers and victims of terrorism who were honored on Israel's Memorial Day.

UNITED NATIONS – President Trump’s U.S. envoy for international negotiations, Jason Greenblatt, made a surprise visit to the United Nations on Thursday, as members of the U.N. Security Council held an informal meeting to condemn Israeli settlements — a meeting that Greenblatt called “baffling and disappointing.”

Maliki praised Palestinian Authority President Mahmud Abbas for his work as a peacemaker and condemned Israel, saying that it no longer hides behind its “true colonial nature of its occupation and its intention to annex Palestinian land.” Maliki said that Israel’s colonialism was a violation of the U.N. Charter.

Indonesia, presiding over the Security Council for this month, sent Foreign Minister Retno Marsudi to chair the meeting.

She said the issue of settlements deserved the council’s full attention and said that “the international community needs to ensure accountability and respect of international law of the occupying power (Israel).” She also called for more public pressure from the world community to end settlement construction.

One way of doing that, she said, was to have an international day of solidarity for what she said were the victims of illegal settlements.

The meeting is the latest broadside at Israel from the U.N., where Israeli actions are regularly the focus of condemnation -- leading to claims from the U.S. and Israel that the world body is fundamentally biased against the Middle East democracy.

Greenblatt said it was “baffling and disappointing to see the obvious, continual anti-Israel bias at the U.N.” 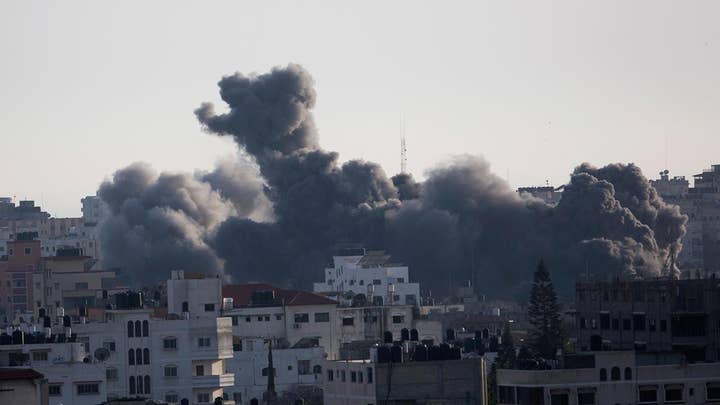 He drew attention to the U.S. effort to get the U.N. General Assembly to condemn Hamas rocket attacks in December -- an effort that ultimately failed in the assembly hall. The U.S. has noted repeatedly that Israel has been condemned repeatedly, yet Palestinian terror group Hamas has not been condemned by name.

“It is truly shameful that in these halls there have been nearly 700 resolutions condemning actions of Israel, the region’s only real democracy, yet not one condemning Hamas’ attacks on Israelis or its abuse and neglect of the very people it claims to represent,” he said.

Greenblatt criticized the decision not to invite Israel to the meeting, calling it “surprising and unfair” and called on U.N. members to make a real effort to bring peace to the region. The Trump administration is expected to reveal its plan for peace in the Middle East this year.

“We hope to present our vision soon,” Greenblatt said. “In the meantime, we will continue to speak the truth, even where it is not welcome.”

Greenblatt took aim at the notion that settlements are to blame for a lack of a peace deal: “Let’s stop pretending that settlements are what is keeping the sides from a negotiated peaceful solution.  This farce and obsessive focus on one aspect of this complicated conflict helps no one.”

In maybe a clue to what might come out of the peace deal he is working on Greenblatt said that he had heard the same points being made for many years at today’s gathering, and that, “the sad truth is that saying the same things, repeating the same tired talking points, but not identifying a realistic way forward, has not and will not lead to peace - Ever!”

Israeli Ambassador to the U.N. Danny Danon, in a statement to Fox News, said member states should call out the Palestinian Authority’s “culture of terrorism and incitement.”

"The Palestinian leadership repeats the same lies against Israel while it continues to pay salaries to terrorists. This policy has only led to more U.N. discussions, but not to a future for its people,” he said. “The international community must renounce the PA’s culture of terrorism and incitement, and not condone this policy.”

Raw video: Israel Ambassador Danny Danon covers his head with a Yarmulke and reads a quote from the Hebrew Bible during a Security Council debate on the Middle East.

The Trump administration has pulled the U.S. out of the U.N. Human Rights Council, citing political bias, and has cut its funding to the U.N. Palestinian refugee agency. It also withdrew, along with Israel, from the U.N. Social and Cultural Body (UNESCO). This more combative approach by the U.S. has been praised by Israeli Settler groups, who called the Thursday afternoon meeting “pernicious.”

"Thankfully the Trump administration has already recognized this pernicious effort to really delegitimize Israel by erasing Jewish history and has left UNESCO, and has left the Human Rights Council,” Yishai Fleisher, spokesperson for the Jewish Community of Hebron, told Fox News. “What they are really trying to do is not to come to any peace accords, but to delegitimize the Jewish people in the land of Israel."

Former Ambassador Nikki Haley spent a significant part of her tenure at Turtle Bay pushing back against alleged anti-Israel bias, and in her final speech to the U.N. Security Council described the U.N. as “hopelessly biased.”

“This U.N. obsession [with Israel] has been entirely unproductive. It’s actually worse than that. The U.N.’s obsession with this issue has been counterproductive.”