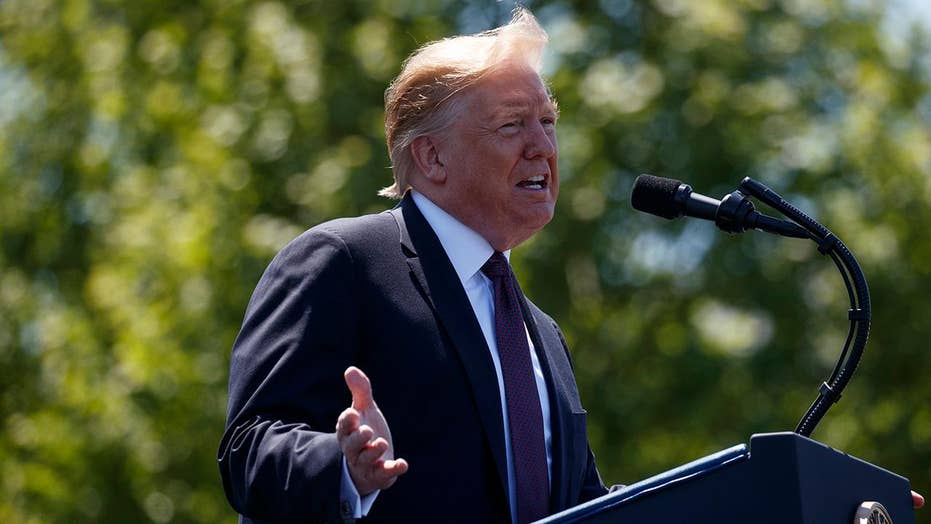 President Trump is adamant that congressional committees should not be allowed to demand whatever personal information of his they want, as he asks a federal judge to block subpoenas for financial records, at least until the court has a chance to hear the case.

In a Wednesday court filing, Trump argued that if House Democrats got their way, they would be completely unchecked in their quest to dig into his -- or anyone else's --  personal affairs.

"If the Court accepts the Committees’ view of the law, then Congress can issue a subpoena on any matter, at any time, for any reason, to any person, and there is basically nothing a federal court can do about it," the filing said.

This is part of an ongoing lawsuit the president initially brought against Deutsche Bank and Capitol One, looking to block them from complying with subpoenas from the House Finance and Intelligence Committees. The Democrat-led bodies are looking to acquire Trump's financial records to see if they could uncover any evidence of wrongdoing, and they intervened in the case, making them defendants alongside the financial institutions.

Reps. Maxine Waters, D-Calif., and Adam Schiff, D-Calif., who chair the committees, called the Trump suit “meritless" when it was first filed. They claimed Trump’s suit was a tactic to delay accountability.

Trump claims that the subpoenas are unlawful and unenforceable, and now argues that even if the court ultimately decides to allow them, they should at least block the subpoenas with a preliminary injunction until the case can be fully litigated.

The crux of Trump's current argument is that there are "serious questions" of law that must be decided, and that allowing Democrats to subpoena his records before those questions are answered would cause "irreparable harm."

The main question, Trump's filing says, is whether the Right to Financial Privacy Act applies to Congress. That act deals with the government's ability to get an individual's information from a financial institution. Trump argues that because this issue has never been decided before, it is important that the court rule on this before allowing the subpoenas.

Additionally, Trump argues that the subpoenas do not serve a "legitimate legislative purpose," and are therefore outside the scope of the committees' authority.

The committees have argued there is no need for a preliminary injunction. Trump claims that if the court sides with them, then "a single committee chair can obtain a sitting President’s entire life’s worth of private financial records whenever he wants," and that he or she "simply needs to say that he wants to use the President as a ‘case study’ or search for ‘potential conflicts of interest.'"

Schiff has said that the subpoenas were properly issued, as they are part of an investigation "into allegations of potential foreign influence on the U.S. political process."