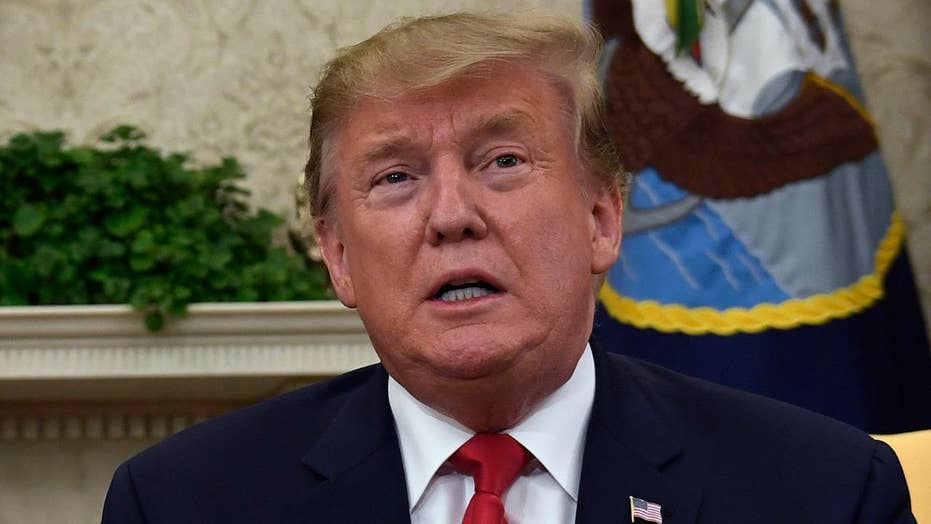 17 state legislatures are considering bills that would require a presidential candidate to make their tax returns public to be included on the ballot; Dan Springer reports.

President Donald Trump filed a lawsuit Monday against Deutsche Bank and Capital One in an attempt to block congressional subpoenas for his business records, claiming House Democrats are simply attempting to harass him.

Politico reported that in a joint statement, Reps. Maxine Waters, D-Calif. and Adam Schiff, D-Calif., called the Trump suit “meritless.” They claimed Trump’s suit was a tactic to delay accountability. Waters is the chairwoman of the Financial Services Committee and Schiff is the chairman of the House Intelligence Committee.

Schiff said at the time that the subpoenas were part of an investigation "into allegations of potential foreign influence on the U.S. political process."

Two House committees subpoenaed Deutsche Bank and several other financial institutions earlier this month as part of investigations into Trump's finances. The lawsuit by Trump, his sons Donald Jr. and Eric and his daughter Ivanka, was filed in Manhattan federal court. The Trump Organization and the Donald J. Trump Revocable Trust are among the other plaintiffs.

The Trumps want a federal judge to declare the subpoenas unlawful and unenforceable. The lawsuit also seeks to block the financial institutions from disclosing information and complying with the subpoenas. The banks did not immediately respond to requests for comment.

“This case involves congressional subpoenas that have no legitimate or lawful purpose,” the suit, obtained by The New York Times, said. “The subpoenas were issued to harass President Donald J. Trump, to rummage through every aspect of his personal finances, his businesses and the private information of the president and his family, and to ferret about for any material that might be used to cause him political damage. No grounds exist to establish any purpose other than a political one.”