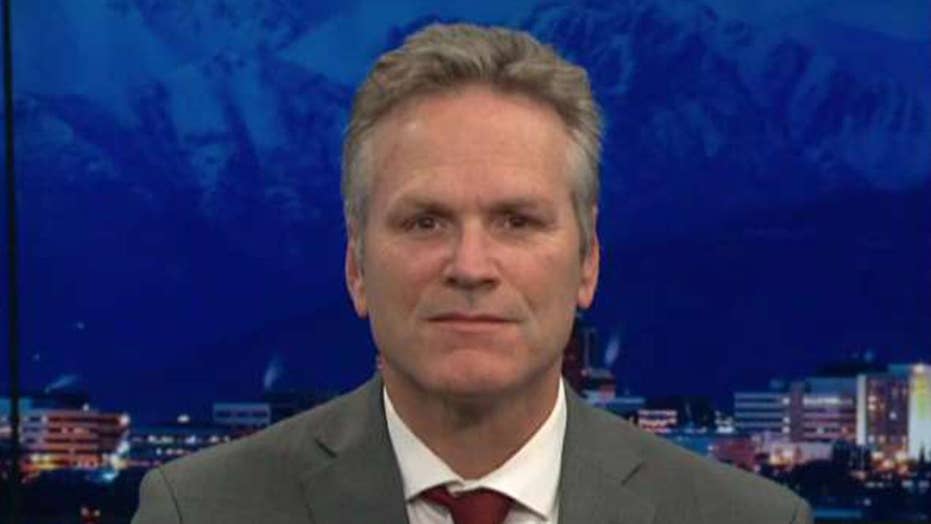 Republican Gov. Mike Dunleavy says he was elected to come up with a sustainable budget for the state of Alaska.

President Trump on Wednesday threw his support behind embattled Alaska Gov. Mike Dunleavy as a recall effort against the Republican intensifies.

“My friend Mike [Dunleavy] of the Great State of Alaska, is being treated very unfairly by the Democrats because he is doing an unbelievable job and fulfilling every one of his promises,” Trump tweeted.

He added: “Now they are trying to Recall him because his agenda is the Economy, Jobs, and protecting, our Military, 2nd Amendment, Energy, and so many other things that the Democrats don’t care about. Please stop the Dems from hurting a very good and hard-working man!”

After months of budgeting discord in Alaska, a group called "Recall Dunleavy" launched an effort back in August to obtain the necessary number of signatures needed for the recall vote to move forward. The group accuses Dunleavy of refusing to appoint a judge, misusing state funds, violating separation of powers and incompetently vetoing state funds.

The group needs to collect signatures from 10 percent of the people who voted in the general election for a recall to go ahead. Dunleavy took office last December.

“These folks started to talk about a recall a mere two months into my term and its more about the agenda I was elected on and the agenda I am implementing that some of the folks on the left don’t agree with,” Dunleavy said earlier this month in an interview with Fox News’ Neil Cavuto.

He added: “No governor or no president wants to have a tumultuous term, but sometimes when you’re trying to change the course of a state or a country to get in back on track, sometimes it’s difficult and you will have people and groups who are sometimes opposed to that.”

“If it’s certified, we print booklets and gather for phase two,” Recall Dunleavy Chair Meda DeWitt told local media. “If they don’t certify, then we go to court, but we know that our grounds are solid.”