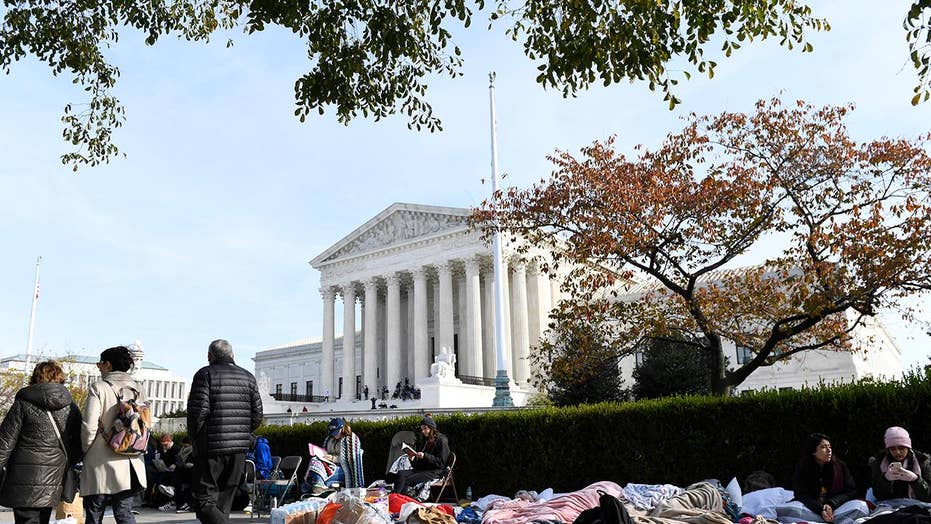 President Trump ripped the Obama-era Deferred Action for Childhood Arrivals (DACA) program Tuesday morning as the policy was set to come before the Supreme Court -- while dangling the possibility of a deal with Congress to protect so-called Dreamers if the court rules his way.

The court is scheduled to hear oral arguments over the Trump administration’s plan to end the protections DACA afforded to immigrants who were brought into the country illegally when they were children.

Trump implied that the beneficiaries of the DACA program may not all be deserving of the protection, which then-President Barack Obama put in place via executive order. At the same time, the president vowed that if the Supreme Court allows him to end the program, he and Congress will make a deal to allow DACA recipients to remain in the U.S.

“Many of the people in DACA, no longer very young, are far from ‘angels,’” Trump tweeted. “Some are very tough, hardened criminals. President Obama said he had no legal right to sign order, but would anyway. If Supreme Court remedies with overturn, a deal will be made with Dems for them to stay!”

DACA allows some undocumented immigrants who arrived as children -- known as Dreamers -- the chance to receive a renewable two-year period of deferred action from deportation and become eligible for a work permit. Nearly 700,000 people are currently covered by DACA.

The Supreme Court took the unusual step of taking up the cases before they had been fully heard at the lower court level. Those federal courts have issued nationwide injunctions, blocking the administration's plans, at least for now.