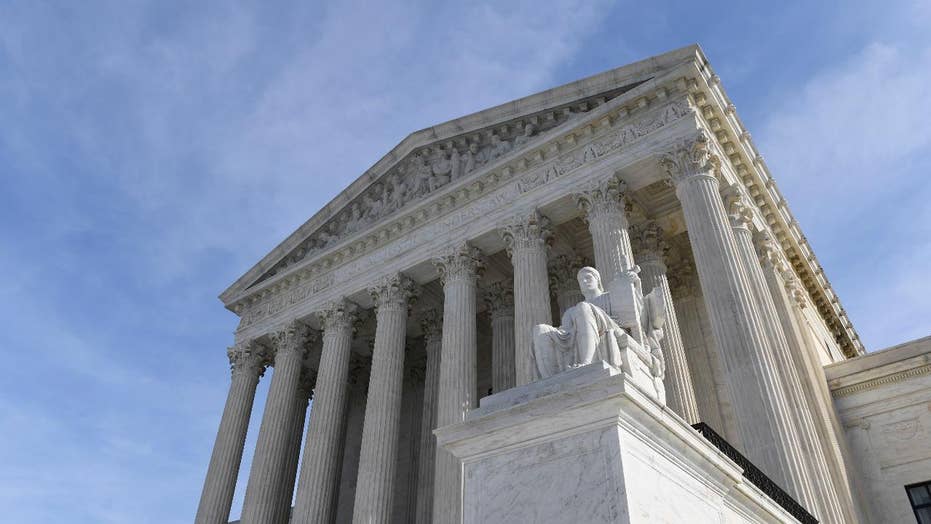 The long-running battle over the Trump administration’s bid to end the Obama-era program for young undocumented immigrants known as “Dreamers” will land before the Supreme Court on Tuesday.

And with a ruling expected in the midst of a presidential election year, the case puts the high court at the center of one of the most politically charged issues since the start of President Trump’s term.

For the administration and Dreamers alike, it all comes down to the Supreme Court, where Trump picks Brett Kavanaugh and Neil Gorsuch now sit. Federal appeals courts across the country have rejected efforts to phase out the Obama-era program known as Deferred Action for Childhood Arrivals, or DACA, but the administration has looked to the high court for support.

"The administration has basically chalked up the fact that they are going to lose a lot of these cases in the lower courts," said Thomas Dupree, a former top Bush Justice Department official and now an appellate attorney.

"But they're playing the long game. I think that there are those in the White House and the Justice Department who have made a calculation saying, ‘Look we can absorb all these losses in the lower courts because we are going to win the endgame when this case gets into the Supreme Court.’”

It remains to be seen how the court will rule, however, on this complicated issue -- which concerns the limits of one president trying to rescind the policies of his predecessor.

Created under executive order, DACA gives some undocumented immigrants brought to the United States as children the opportunity to receive a renewable two-year period of deferred action from deportation and become eligible for a work permit.

"The reason the [Trump administration] gave was their belief that it was illegal to have such a program that gives protected status to a group of people who are not here legally," said Paul Smith, a Georgetown Law professor who has argued cases before the Supreme Court. "They were caught between the political reality that they didn't want to dump on the Dreamers, but they still wanted to get rid of DACA as Obama's policy."

An estimated 700,000 young adults currently in the DACA program could be affected, with a ruling for the administration potentially putting them at risk for deportation once again.

The Supreme Court took the unusual step of taking up the cases before they had been fully heard at the lower court level. Those federal courts have issued nationwide injunctions, blocking the administration's plans, at least for now. 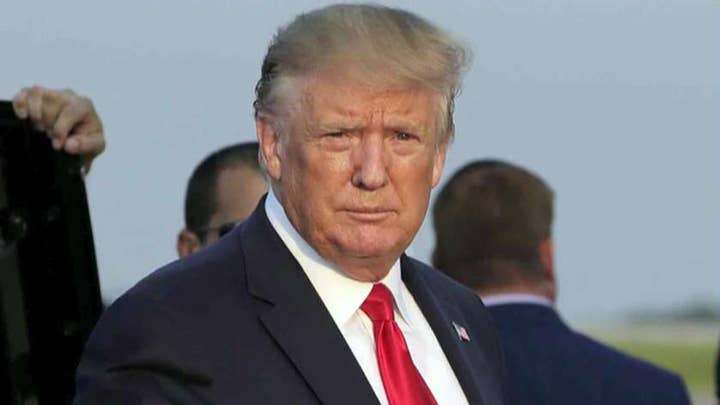 The Trump administration argues that the DACA program is not working and is unlawful, and that the president should have the "absolute discretion" to adopt a revised overall immigration strategy.

"Given the unacceptably high numbers of illegal border crossings," the Justice Department wrote in its appeal to the Supreme Court, "it was critically important for DHS [Department of Homeland Security] to project a message that leaves no doubt regarding the clear, consistent, and transparent enforcement of the immigration laws against all classes and categories of aliens."

"Dreamers remain in limbo, the political process has been pre-empted, and we have had over a year of bitter political division that included a government shutdown of unprecedented length," he said in a recent speech. "Meanwhile, the humanitarian crisis at our southern border persists, while legislative efforts remain frozen as both sides await the courts’ word on DACA and other immigration issues."

A dozen states led by Texas are among the parties backing the administration.

But opponents say the government has given only cursory explanations for justifying DACA's demise. By contrast, they say, the benefits for Dreamers and for the country are indisputable.

"These benefits have allowed DACA participants to achieve a 91 percent employment rate, and to increase their wages by 69 percent," said lawyers for the University of California, one of the key plaintiffs. "Access to lawful work allows DACA participants to support their families, including their estimated 200,000 U.S.-citizen children, and to receive employer-sponsored health insurance."

Hundreds of pro-DACA demonstrators are expected to rally Tuesday outside the Supreme Court while arguments are taking place. 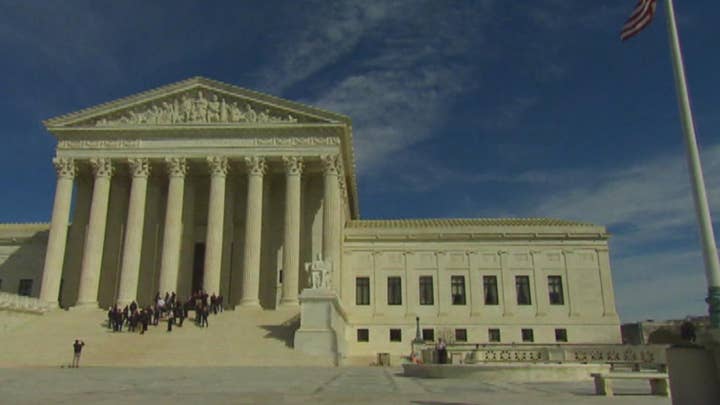 Among those anxiously awaiting the Supreme Court's decision is Daniela, a college student in Washington, D.C. She asked her last name not be used.

"It's really sad thinking that by the time I graduate I might not even be able to be a teacher," she told Fox News in a recent interview. "It's frustrating for sure. And so I really hope that something can change within the next few months."

Daniela has been active on her campus, as president of the Dreamers Alliance, a support system for undocumented students like her, promoting immigrant rights.

She came to the U.S. with her family from El Salvador at age 3, and her dream is to become an educator.

Daniela is getting financial assistance through TheDream.US, the nation's largest college access program for immigrant youth.

The group's program director says the Supreme Court may be the Dreamers' last hope.

"For young people waiting and hearing, and constantly being on pins and needles of these court hearings is very difficult," said Gabriela Pacheco. "It feels for many of them that the rug is being pulled underneath them, that they've done everything right that they're contributing, they're going to college and they're working. We all win when you have a young person maximizing their full potential."

Early in his administration, Trump voiced some support for DACA, but only if it was tied to congressional negotiations over tightening legal immigration -- and building his border wall.

"We are going to deal with DACA with heart," Trump said in February 2017. "I have to deal with a lot of politicians, don’t forget, and I have to convince them that what I’m saying is right."

Months later, the president announced he was terminating DACA under his own executive authority, prompting the flood of lawsuits.

However, one thing the Trump administration and many DACA backers agree on is that Congress could rectify the issue, by passing a comprehensive immigration reform bill that would include Dreamer protections, backed by the force of law.

But now, it’s up to the courts.

In the court of popular opinion, DACA remains popular. A Fox News poll in June found 73 percent of registered voters surveyed favor allowing Dreamers to stay in the U.S., while 24 percent are opposed.