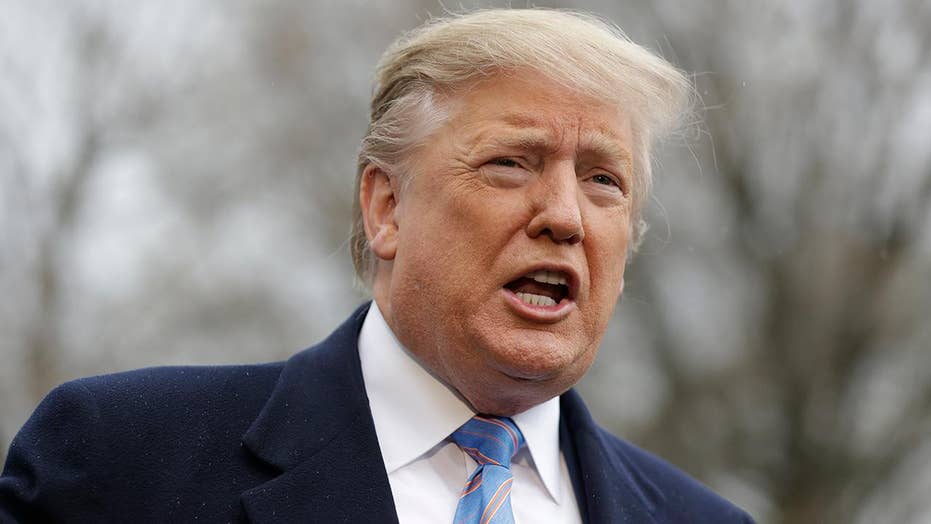 President Trump tells reporters he's going in a 'tougher direction' after pulling the nomination of Acting ICE Director Ron Vitiello to be the agency's permanent leader.

President Trump on Friday confirmed that he has pulled the nomination of his pick to lead Immigration and Customs Enforcement, saying the administration will “go in a tougher direction” -- as he heads to the border for a roundtable with law enforcement officials.

The Associated Press reported Thursday that the White House had withdrawn the nomination of current Deputy Director Ron Vitiello, and that the decision was unexpected and met with confusion by lawmakers. Vitiello had been expected to travel with Trump to Calexico, California, where the president is holding a roundtable discussion with law enforcement and visiting parts of the border wall.

A Homeland Security official had said it was a paperwork error, but other officials said it did not appear to be a mistake and on Friday Trump confirmed that he had been withdrawn completely and the administration would pick someone else.

The nomination requires Senate confirmation. Vitiello, who has been a law enforcement agent for more than 30 years, including with Border Patrol, had cleared one committee and was being considered by a second. He will remain as deputy director of the agency.

ICE has been at the center of much of the political controversy surrounding the enforcement of laws related to immigration enforcement. Some Democrats, including a number of 2020 hopefuls, have called for the agency to be either abolished or restructured entirely. 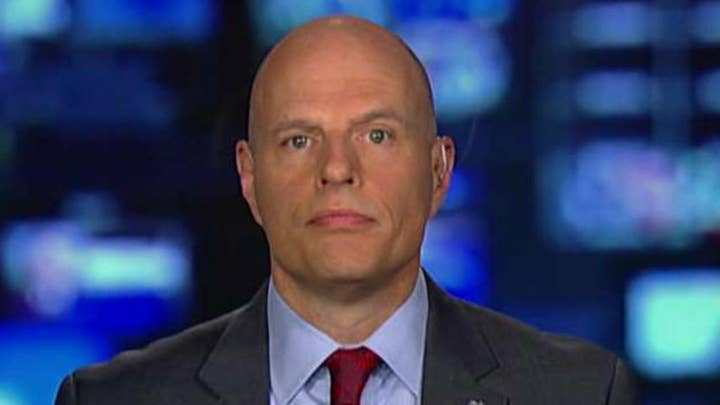 The administration in turn has rallied to ICE’s defense, saying it plays a central role in keeping Americans safe from drugs and criminal migrants.

The confusion over Vitiello’s nomination comes as the administration is scrambling to deal with a surge of migrants coming across the border. Officials said last week the U.S. was on track to apprehend more than 100,000 border crossers in March -- marking a 12-year high.

The administration has repeatedly called the situation a crisis, and the president in February declared a national emergency at the border. Trump has blamed Congress for not changing “loopholes” in immigration laws that allow migrants to be released into the U.S. while awaiting their court cases, and has rallied against Mexico for not doing enough to stop migration flows north.

Last week he threatened to close the border entirely if Mexico did not increase its efforts, but backed off that threat on Thursday, giving them a “one-year warning” and threatening tariffs instead.

On Friday he said that Mexico has done more to prevent illegal immigration in the last four days, but repeated his warning that he is considering either closing the border or slapping tariffs on cars coming from the country.

“I never changed my mind, I may shut it down at some point, but I’d rather do tariffs. Mexico, I have to say has been very very good over the last four days...if they continue that everything will be fine, if they don’t we’re going to tariff cars at 25 percent coming into the United States,” he said.

He also said he was considering separate economic penalties over drugs “coming in through the southern border and killing our people” although he did not specify what those penalties would be.

Responding to reporters’ questions, he also said he would again not be attending the White House Correspondents' Dinner this year, saying he would hold a rally instead -- and that he was considering about three locations for the event.

“The dinner is so boring and so negative that we’re going to hold a very positive rally,” he said.