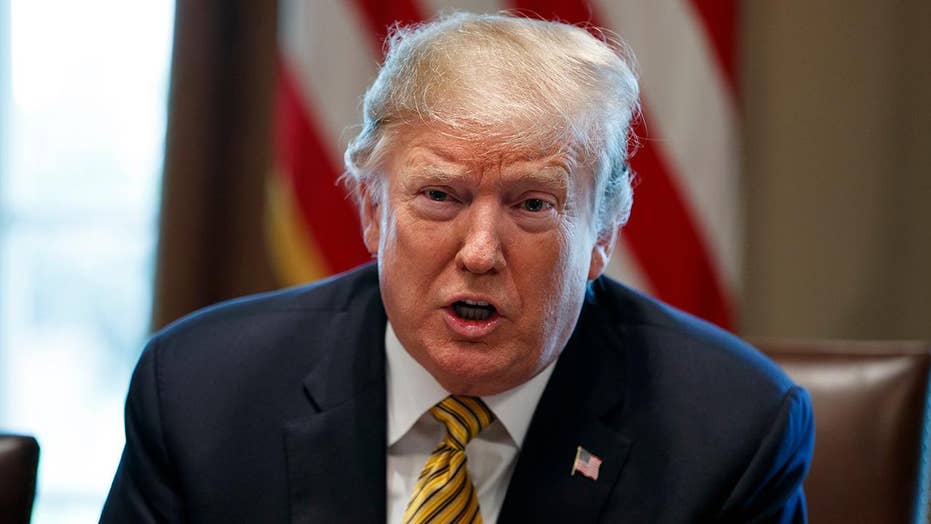 President Trump on Thursday said he was giving Mexico a "one-year warning" to stop the flows of migration and drugs into the U.S., or he would slap tariffs on cars made there and close the southern border.

“We’re going to give them a one-year warning and if the drugs don’t stop or largely stop, we’re going to put tariffs on Mexico and products, in particular cars,” he told reporters at the White House. “And if that doesn’t stop the drugs, we close the border.”

He said that Mexico had "unbelievable" and "powerful" immigration laws and that such a threat would be a "powerful incentive" for it to act.

The warning is a step back from the threat he issued last week when he threatened to close the border this week unless Mexico stopped “all illegal immigration” into the U.S.

On Tuesday, his stance appeared to soften, when he told reporters that Mexico had started taking further measures to stop migrants traveling into the U.S., and White House officials said that closing the border was one of a number of options on the table.

"I will say this, that Mexico the last four days has really done a great job on their southern border, with Honduras, with Guatemala, with El Salvador, of grabbing and taking and bringing people back to their countries," Trump told reporters at the White House on Thursday afternoon. "They have the strongest immigration laws, as strong as there is anywhere in the world. They can do it if they want to do it. They’ve never really wanted to do it for many, many years. And we’ve told them, ‘If you don’t do that, we’re going to close the border.’ But before we close the border, we’ll put the tariffs on the cars.

"I don’t think we’ll ever have to close the border because the penalty of tariffs on cars coming into the United States from Mexico at 25 percent will be massive," the president added.

Trump also faced opposition from members of his own party, including Sen. John Cornyn, R-Texas, who had warned that closing the border would have "unintended consequences."

On Thursday, Trump said he fully intended to carry out his threat, but added the one-year delay, as well as the additional threat to put tariffs on cars.

Trump’s remarks came as the administration struggles to get a grip on the escalating crisis on the southern border, with Customs and Border Patrol (CBP) saying last week they were on track to apprehend more than 100,000 border crossers in March. 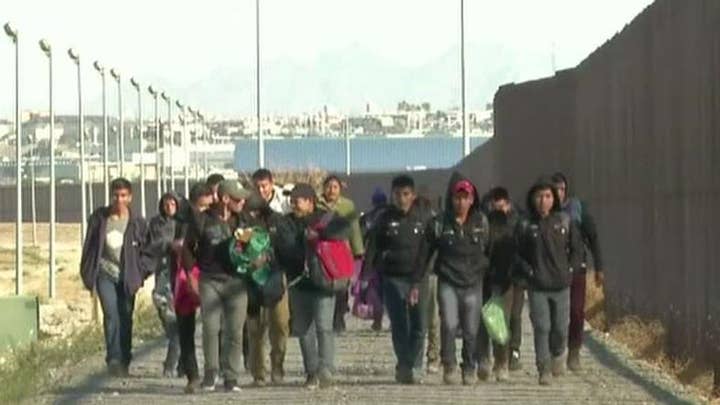 Trump declared a national emergency on the border in February after Congress granted only a fraction of the $5.6 billion he had sought for funding for a wall on the border. That move, which was opposed by both Democrats and some Republicans, allows the administration to access more than $3 billion extra in funding for the wall.

Since then, Trump has blasted both Congress and Mexico for not doing enough to stop the crisis at the border as numbers of migrants continue to increase.

Trump will travel to Calexico, California on Friday where he will visit a recently completed part of the barrier on the border, as well as participate in a roundtable with local law enforcement officials.