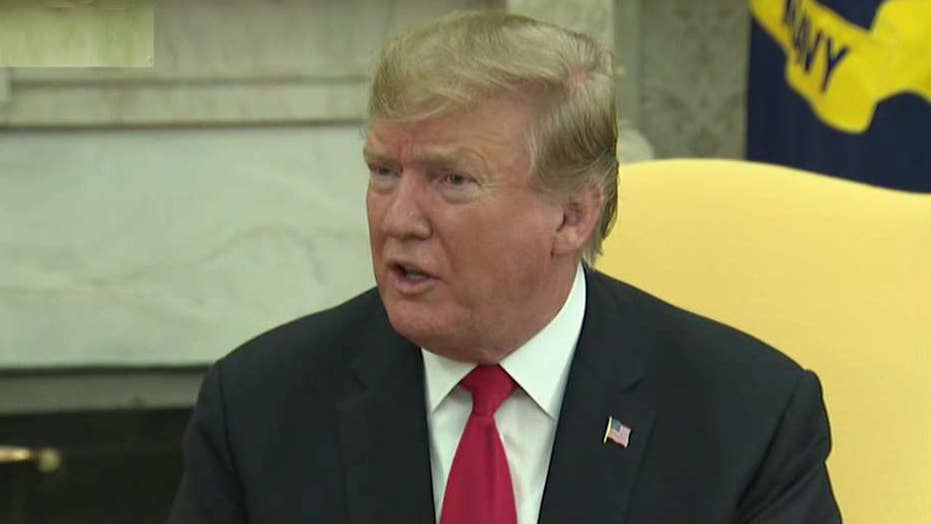 Trump: Border security is more important than trade with Mexico

President Trump on Tuesday stood by his threat to close the southern border, as his aides said that it is one of a number of options being explored to tackle the growing crisis there.

“I’m ready to close it if I have to close it,” Trump told reporters in the Oval Office as he sat alongside NATO Secretary General Jens Stoltenberg.

On Friday, Trump threatened to close the border “next week” if Mexico doesn’t stop the flows of illegal immigration into the U.S. He also repeated his demand that Democrats in Congress agree to toughen immigration laws.

That threat came after new numbers showed that more than 76,000 migrants were detained in February -- the highest number of apprehensions in 12 years. Meanwhile, U.S. Customs and Border Protection Commissioner Kevin McAleenan said that the border was at its “breaking point.”

Trump stood by his threat Tuesday and while he said that Mexico had "made a big difference" and had increased its efforts to stop Central Americans from traveling north, he warned he was still open to closing the border.

He also brushed off concerns about what effect shutting down the border would have on the economy, saying that national security was a more important consideration: “Security is more important to me than trade." 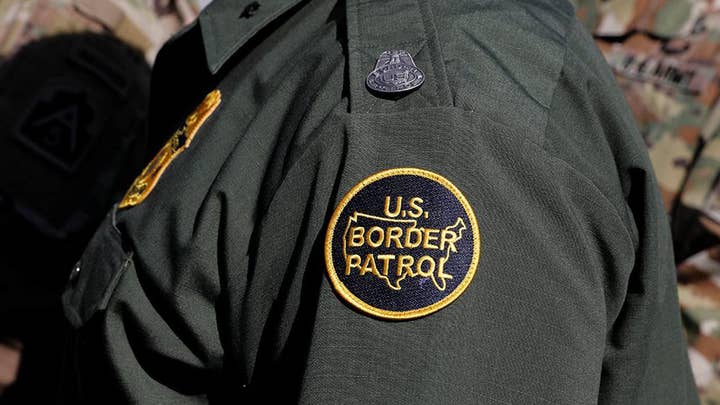 Earlier, White House aides had indicated that closing the border was one of a number of options being considered as a way to deal with the situation there. White House Press Secretary Sarah Sanders said on “America’s Newsroom” Tuesday that Trump was not keen on shuttering the border, but blamed alleged inaction from Democrats in Congress, saying it could force his hand.

"Democrats in Congress are leaving us no choice. They're unwilling to work with us to fix this problem because they're too busy playing politics to do their jobs," she said.

White House spokesman Hogan Gidley said on MSNBC that the White House was considering a number of options short of closing the border, such as shutting down certain entry ports or parts of all of them.

"Everything is on the table," he said.

Homeland Security officials said that, even though the border has not been shut down, there have been mounting delays at ports of entry as some 2,000 border officers have been reassigned to deal with incoming migrants. Average wait times at Brownsville, Texas, were 180 minutes Monday, twice the length of peak times last year.

The Associated Press and Fox News' Anna Hopkins contributed to this report.