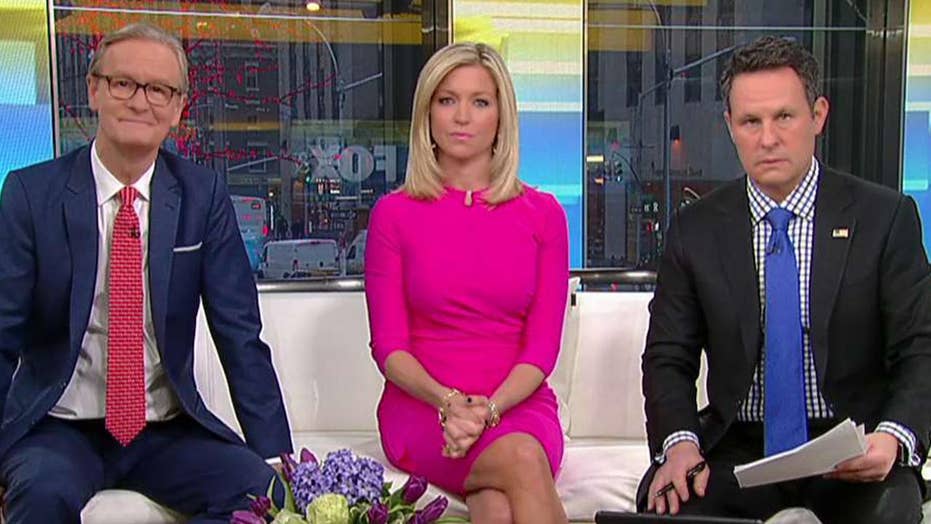 The Vermont senator records a video announcing his candidacy for the White House.

The Trump campaign slammed Bernie Sanders moments after he announced he will make another bid for president by entering the crowded 2020 race.

“Bernie Sanders has already won the debate in the Democrat primary, because every candidate is embracing his brand of socialism,” McEnany said.

“But the American people will reject an agenda of sky-high tax rates, government-run health care and coddling dictators like those in Venezuela. Only President Trump will keep America free, prosperous and safe.”

Reaction to the news was split across social media, with some supporting the 77-year-old and others upset with the move.

Only President Trump will keep America free, prosperous and safe

“It's official: Bernie Sanders is running for President. And this time, we're going to win,” Detroit’s Democrat Socialists of America chapter tweeted.

Other supporters shared screenshots of donations they made to the campaign.

But some weren’t as pleased.

“1. RELEASE YOUR TAX RETURNS. 2. Explain your vote against sanctions on Russia. 3. Explain having Tad Devine as your campaign manager,’ one person tweeted.

“You just gave the election to Trump again. Good job Bern,” another wrote.

“Hard pass Sir. It's not (only) you. It's your supporters,” said another.

The reaction came after Sanders made the announcement in an interview with Vermont Public Radio, followed by a web video and email to supporters.

BERNIE SANDERS TO MEET WITH WOMEN WHO ALLEGED MISTREATMENT ON 2016 PRESIDENTIAL CAMPAIGN: REPORT

While blasting President Trump as a "pathological liar," Sanders said in the radio interview he's running to pursue policies like universal health care and a $15 minimum wage. His challenge this time, however, will be standing out in a field of candidates who largely have adopted the big-government policies he championed three years ago.

Sanders joins a field that already consists of top Democratic Sens. Elizabeth Warren, Kamala Harris, Amy Klobuchar and Cory Booker. And two of the most progressive lawmakers in the Senate – Sherrod Brown of Ohio and Jeff Merkley of Oregon – are also seriously considering presidential bids.