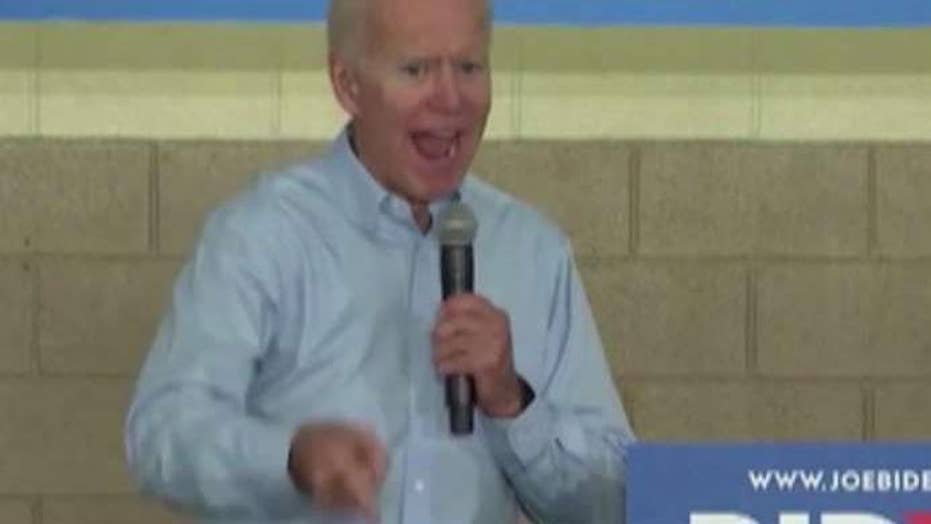 ALBUQUERQUE, N.M. – President Trump’s campaign team thinks he has a shot at winning New Mexico with a message on immigration and trade.

At a rally in Rio Rancho on Monday, the president hammered home the point that his administration has done more to reverse what he called “calamitous” trade policies than any other administration in history.

“Your state lost 33 percent of its manufacturing jobs after NAFTA was signed,” Trump told the crowd on Monday. “This was one of the great catastrophes and now we're replacing NAFTA with the brand new U.S. Mexico Canada Agreement: USMCA.”

New Mexico’s economy has depended heavily on the energy sector and has experienced a boom in recent months. This year, state lawmakers already have been revising the budget to factor in the additional resources, according to a recent Associated Press report. 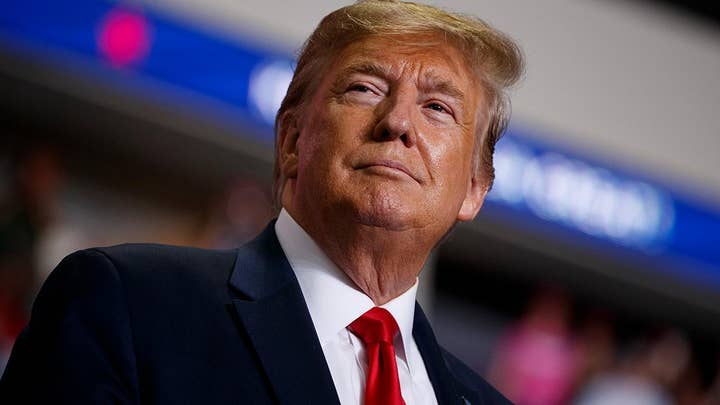 In an interview with Fox News, Trump 2020 campaign manager Brad Parscale said data points like this were part of what brought New Mexico to his attention.

“The Chinese tariff fight is bringing jobs back here and oil and gas industry exploding,” Parscale said. He spoke to Fox News before a “Vamos to Victory” Latino outreach event in Los Ranchos de Albuquerque in New Mexico -- one of many they’ve planned to hold in the months ahead.

But, why come to a state the president lost by eight points just four years ago? That answer may be found in the El Paso, Texas, rally the team hosted earlier this year.

“At the El Paso rally, we noticed that a significant number of those who were registering were actually New Mexico voters,” Trump 2020 campaign press secretary Kayleigh McEnany said. “We saw 50 percent of the registrants were Democrats [and] 25 percent were swing voters. That’s 75 percent who were not Republican.” 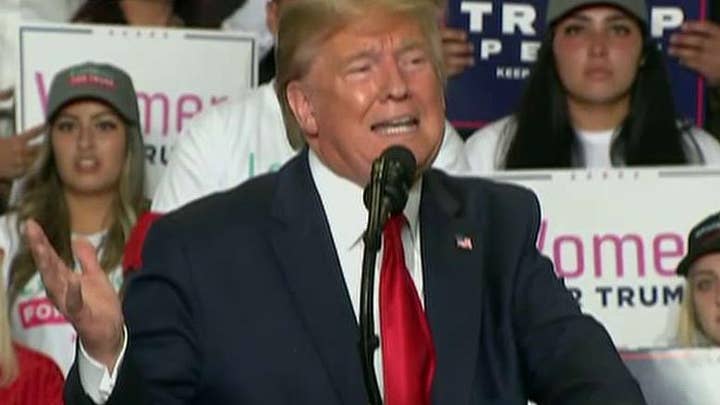 Several of those in line at the rally in Rio Rancho said they saw themselves as the “silent majority” in New Mexico whom Republicans finally have been recognizing. They pointed to trade, the economy and the border wall as reasons they’ve remained loyal to the president.

“The immigration right is now flooding New Mexico,” one woman from Rio Rancho said. “I work in the medical field so I see it everywhere... A lot of us New Mexicans who need the help are getting turned down ’cause the money has to come from somewhere.”

McEnany said Trump’s immigration policy has been one of the biggest misunderstandings of the Hispanic electorate.

“It is a complete falsehood to suggest that Hispanic voters do not care about immigration,” she said. “On the contrary, Latino voters care about border security.”

Many Democrats, however, rejected this notion wholeheartedly, calling Trump’s rhetoric on immigrants “hateful” and “toxic.” 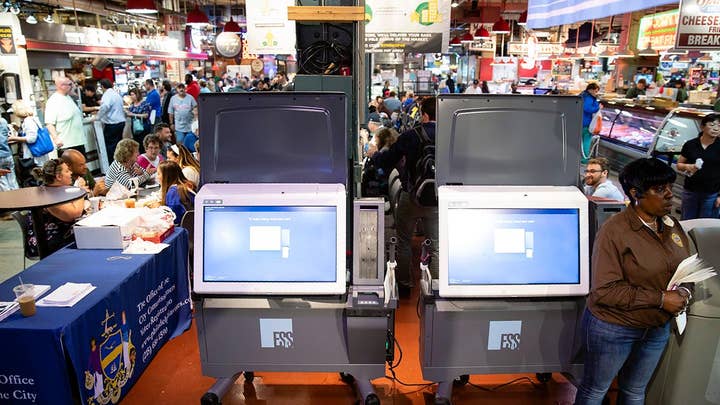 “Just last year, New Mexico Latinos rejected Trump’s toxic agenda and broken promises by helping elect Democrats up and down the ballot in this state -- they see right through his weak attempt to court our community and are not buying it,” said Democratic National Committee (DNC) Director of Hispanic Media Enrique Gutiérrez.

There is no doubt the president and his team have an uphill climb in the West. Democrats flipped New Mexico's only red House seat in 2018 and took the governor’s mansion. Democrats said this trend will only continue in the upcoming election and the fact that Trump thought he could win here showed the team’s desperation.

“We take nothing for granted,” DNC Battleground State Communications Director David Bergstein said, “but this GOP strategy looks like they’re concerned about a realistic pathway to 270 electoral votes.”

At the moment, Democrats apparently have been winning the battle for Hispanic voters. According to a Pew Research Center report, an estimated 69 percent of Hispanic voters voted for a Democrat in 2018 compared to 29 percent who voted for a Republican. Still, it’s not a group either party could afford to forfeit.

Hispanics have been on track to be the largest voting minority group in 2020 with an estimated 32 million eligible to vote in 2020, according to Pew. As many as 10 percent of voters this coming cycle are expected to have been born outside the U.S.

Members of the Trump team said, despite the skeptics, they remained committed to Hispanic voter outreach.

“There’s a lot of skeptics,” Parscale said. “Pennsylvania, Wisconsin, Michigan... There was also a lot of noise about what the president's policies would be. Now, we have policies to run on that are proving victorious for Hispanics in America.”

Fox News' Kevin Corke and The Associated Press contributed to this report.