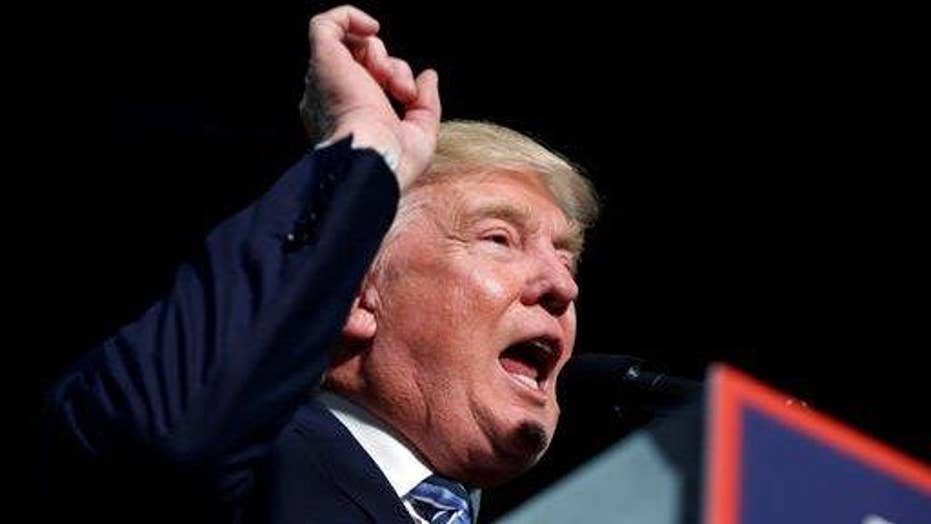 KANSAS CITY, Missouri – With Election Day weeks away, Donald Trump's campaign has denounced the chairman of the Ohio Republican Party, deepening a rift in a state critical to Trump's White House hopes.

GOP Chairman Matt Borges has been organizing the state party's resources behind Trump's bid and offering advice to the nominee. But Borges also is an ally of Ohio Gov. John Kasich, one of Trump's primary rivals. Kasich has been critical of Trump and recently told Ohio reporters he may not vote for him in the race against Democrat Hillary Clinton.

Paduchik wrote he expects the Ohio Republican Party to continue paying the Trump campaign's Ohio payroll and expenses. Paduchik said he spoke to Trump on Thursday.

"He is very disappointed in Matt's duplicity," Paduchik wrote.

But in his own email to committee members, Borges said he and the party remain committed to aiding Trump. Borges said the majority of Trump campaign staffers are and will remain on the Ohio Republican Party's payroll. He also noted the party has helped Trump reach out to women's and African-American organizations in Ohio, is chasing absentee ballots with voter cards promoting the Republican ticket and is organizing get-out-the-vote efforts.

"I speak and meet with Bob Paduchik and Trump team members regularly," Borges wrote. "Interestingly, none of Bob's concerns were voiced until he shared them publicly today."

Borges said the "bruised ego of a staffer" won't get in the way of his duties as party chairman.

With its 18 electoral votes, Ohio is crucial to winning the presidency as Trump sees his prospects diminish in other closely contested states such as Virginia.

The tension between the Trump campaign and the state party, full of Kasich loyalists, isn't new, yet Trump has relied heavily on the state party for campaign operations. Angering party officials could damage the campaign as the Nov. 8 vote nears.

Paduchik also accused Borges of being more focused on becoming the next chairman of the Republican National Committee than on helping Trump. Borges has been mentioned as a possible RNC successor to Reince Preibus, a Trump ally.

Borges' email to committee members did not address those allegations.

The tipping point for Trump's campaign appears, in part, to be Borges' decision let a Cincinnati Enquirer reporter watch the most recent presidential debate with Borges and his wife. The couple told the reporter they were conflicted about what to do on Election Day.

"I've got to think about what I want to remember having done ... 10 years from now," Borges was quoted as saying.

Paduchik included the article and several others in the email he sent out to state committee members.

Jim Simon, a state party committee member, said that in a challenging election season, Borges has "handled it perfectly. Drawing fire away from our candidates and officeholders is the chairman's job, which is something I'm sure Bob doesn't understand," he said in a statement.