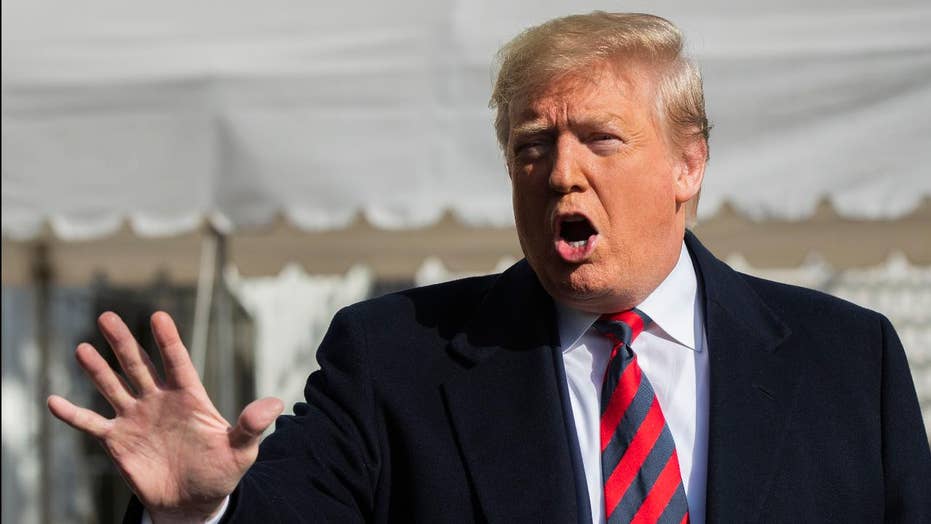 Trump addresses the media before departing for Alabama-LSU game

President Trump on Saturday brushed off what he described as a “witch hunt” of an impeachment inquiry, before calling for House Speaker Nancy Pelosi and former Vice President Joe Biden to be added to the list of witnesses to be called to testify.

His comments came after a week in which a number of transcripts of closed-door depositions of witnesses were made public, focusing on the circumstances surrounding President Trump’s July 25 phone call with Ukrainian President Volodymyr Zelensky.

In that call, Trump urged Zelensky to launch an investigation into the Biden family’s dealings in Ukraine -- specifically, why former Vice President Joe Biden pressured former Ukrainian President Petro Poroshenko to fire a prosecutor who was investigating a Ukrainian energy firm where his son Hunter held a lucrative role on the board.

Democrats have claimed the call was part of an attempted quid pro quo in exchange for withheld U.S. military aid and a White House meeting between Zelensky and Trump. Trump has denied the claim, saying the call was “perfect.” 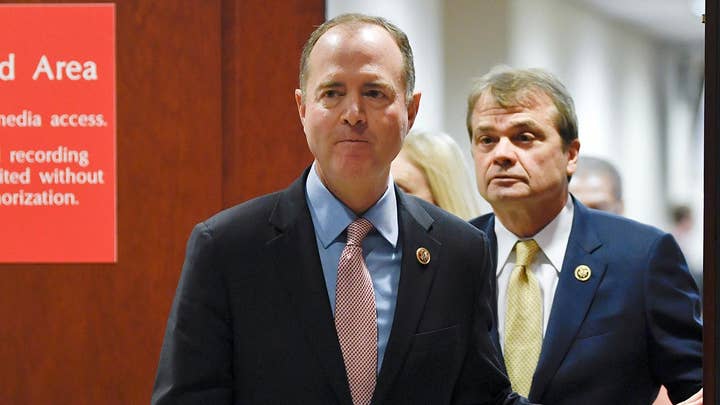 Trump told reporters at Joint Base Andrews in Maryland that he would likely release a transcript of a second phone call with Zelensky on Tuesday.

Earlier Saturday, Republicans revealed that they plan to call Hunter Biden, the whistleblower who filed the initial complaint about the call, and a range of other witnesses to testify in the upcoming public hearings that begin next week.

It is unclear how many on the witness list, first obtained by Fox News, will be approved by House Intelligence Committee Chairman Adam Schiff, D-Calif., as he has approval power over witnesses. He said later Saturday that the committee was evaluating the request.

“I recommend that Nervous Nancy Pelosi (who backed up Schiff’s lie), Shifty Adam Schiff, Sleepy Joe Biden, the Whistleblower (who miraculously disappeared after I released the transcript of the call), the 2nd Whistleblower (who also disappeared), & the I.G., be part of the list!” he tweeted.

Republicans have already taken a step toward getting Schiff to testify. On Friday, Intelligence Committee Ranking Member Devin Nunes, R-Calif., demanded Schiff give a deposition in private before lawmakers.