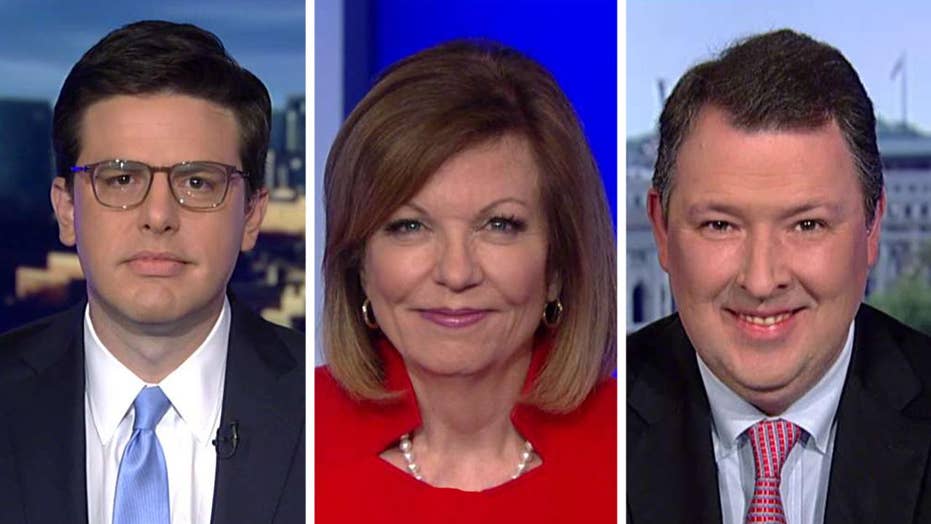 Reaction and analysis from the 'Special Report' all-star panel.

President Trump lashed out at House Democrats Tuesday, claiming the ongoing impeachment inquiry against him is part of a "coup."

"As I learn more and more each day, I am coming to the conclusion that what is taking place is not an impeachment, it is a COUP, intended to take away the Power of the People, their VOTE, their Freedoms, their Second Amendment, Religion, Military, Border Wall, and their God-given rights as a Citizen of The United States of America!" Trump tweeted.

Earlier Tuesday, the president went after House Intelligence Committee Chairman Adam Schiff, D-Calif., who Trump suggested should be "brought up on charges" for his "parody" interpretation of Trump's July 25 phone call with Ukraine's president at last week's hearing.

"Why isn’t Congressman Adam Schiff being brought up on charges for fraudulently making up a statement and reading it to Congress as if this statement, which was very dishonest and bad for me, was directly made by the President of the United States?" Trump asked on Twitter. "This should never be allowed!"

Trump and certain House Democrats have been in a war of words on Twitter over impeachment and the whistleblower investigation. Most notably, Rep. Maxine Waters, D-Calif., insisted earlier on Tuesday that Trump should be placed in "solitary confinement."