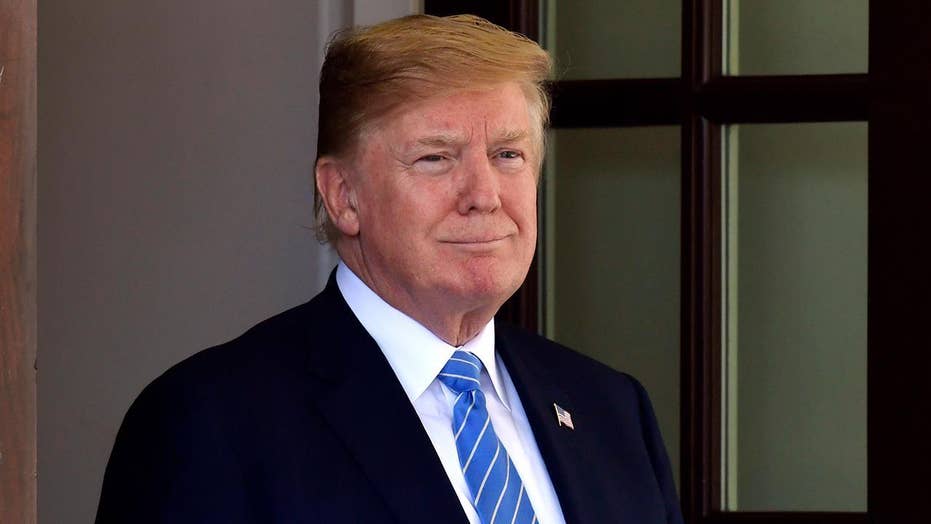 Inside Trump's interviews with prospective justices

President Trump is sick of the Senate filibuster.

The president intermittently demands that Senate Republicans ax the filibuster. The most recent call to exterminate the filibuster came in a tweet after the House Republicans spectacularly failed to approve what was termed as a “compromise” immigration bill. The legislation only mustered the support of 121 House Republicans despite the GOP leadership massaging the package for weeks.

“I never pushed the Republicans in the House to vote for the Immigration Bill, either GOODLATTE 1 or 2, because it never could have gotten enough Democrats as long as there is the 60 vote threshold. I released many prior to the vote knowing we need more Republicans to win in Nov.,” read Trump’s tweet.

It takes 60 votes to overcome a filibuster on legislation in the Senate. Republicans currently hold 51 Senate seats. Forty-nine senators caucus with the Democrats.

This may be the president’s excuse now for Republicans flailing in their effort to adopt immigration legislation. But let’s be clear: Trump and his team made a number of overtures last month to usher some form of an immigration bill across the finish line.

The president himself sowed confusion two weeks ago during an appearance on Fox News, threatening to veto the “moderate” bill. Then, the day of the vote on the second plan, authored by House Judiciary Committee Chairman Bob Goodlatte, R-Va., Trump tweeted in ALL CAPS.

“HOUSE REPUBLICANS SHOULD PASS THE STRONG BUT FAIR IMMIGRATION BILL, KNOWN AS GOODLATTE II, IN THEIR AFTERNOON VOTE TODAY, EVEN THOUGH THE DEMS WON’T LET IT PASS IN THE SENATE. PASSAGE WILL SHOW THAT WE WANT STRONG BORDERS & SECURITY WHILE THE DEMS WANT OPEN BORDERS = CRIME. WIN!”

So, what was the president’s position? Released members from voting yes? The leadership may periodically “release” members they keep in their hip-pocket to help pass bills if vote tallies are close. That’s not the role of the president. And if the bill is doomed to fail, the leadership often just snatches a bill off the floor.

Neither immigration bill had a chance. Republicans altered the text of the second measure so many times, few could keep track of what was in the legislation. The House defeated these bills and defeated them badly.

The president may not like the Senate filibuster. But blaming the filibuster for why House Republicans torched the immigration bill is just a pretense.

Fox News is told that Trump is amplifying his calls to ditch the legislative filibuster because there’s fear voters will blame the GOP for inaction in the midterms. The House can crank out bills where the majority rules. However, those bills then die in the Senate where the minority controls much of the power. There’s concern that voters, like the president, could grow frustrated at this phenomenon. Voters know the GOP controls the House, Senate and White House. But most voters who don’t follow the intricacies of Senate procedure may ask “what gives?” and blame Republicans for stumbling.

Senate Majority Leader Mitch McConnell, R-Ky., isn’t interested in altering Senate precedent or rules to terminate the legislative filibuster. So doing would drop the threshold to break a filibuster to 51 yeas.

“That would fundamentally alter the Senate in a way I think we our party would not like in the long-term,” said McConnell.

The Kentucky Republican noted his party thwarted lots of major Democratic initiatives when Republicans toiled in the minority, thanks to the 60 vote requirement to end filibusters.

“We have not had a dominant position all that often in the United States Senate. And so the requirement of the Democrats to get 60 votes has saved us from an awful lot of left-wing policies over the years,” McConnell said.

Consider the current Senate math. In reality, Senate Republicans only hold a 50-49 edge because Sen. John McCain, R-Ariz., has been out since December battling brain cancer. Democrats could have a field day if Republicans reduced the requirement to curb a filibuster from 60 votes to a simple majority. It would only take a solitary defection for Democrats to seize control of the chamber and forestall Republicans. Observe what happened in May. A coalition of Democrats and a few Republicans voted to overturn the Federal Communication Commission’s (FCC) new net neutrality rule over the objections of most GOPers. 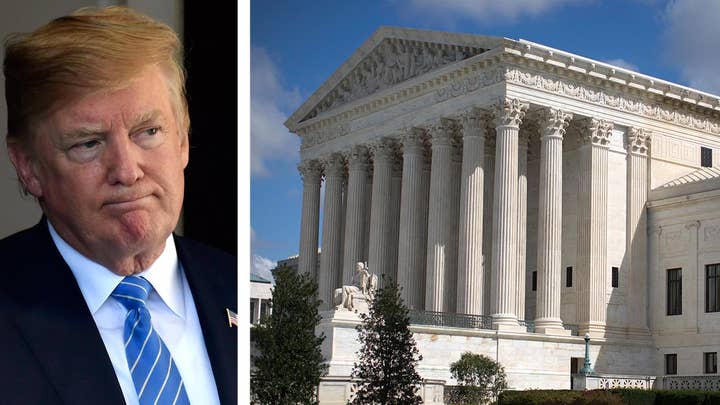 This brings us to the pending fight over Trump’s Supreme Court pick. The Senate used to impose 60 vote barrier to overcome a filibuster for Supreme Court nominees. However, McConnell established a new precedent in 2017 to confirm Justice Neil Gorsuch: a simple majority. As a result, Trump’s next selection will need to marshal but a simple majority to clear the filibuster. The decision by McConnell to alter Senate precedent to confirm Gorsuch fundamentally changed American jurisprudence for a generation and potentially presented Trump with his greatest legacy. Democrats could easily block the president’s nominee under the old protocol of 60 yeas to halt a filibuster. But no more.

Establishing a 51-vote floor to vault filibusters for Supreme Court justice clearly helps the president – especially if even a few Democrats are on board. But as the vote to overturn the FCC’s net neutrality rule shows, Republicans are playing with fire with altering provisions for the legislative filibuster. If Democrats stick together, all it takes are a couple of GOP defections to award control of the chamber to the minority party.

The president was right when it said that the House immigration bills wouldn’t score 60 votes in the Senate. Republicans have an outside shot at getting close to 60 yeas if they run the table in this fall’s midterm elections. That may be a worthy gamble - unless voters blame the GOP for failing to address immigration, border security and the family separation issue – despite controlling the presidency, House and Senate.