Kirstjen Nielsen told The AP that the administration doesn’t endorse citizenship for recipients of the Deferred Action for Childhood Arrivals program but that it would consider legislation that Congress passes. (AP Photo/Gregory Bull)

The Trump administration would consider immigration legislation that includes a pathway to citizenship for hundreds of thousands of young people, the U.S. Homeland Security secretary said Tuesday, while emphasizing no decision on that issue has been made and a border wall remains the priority.

Congress is considering three options, including citizenship or permanent legal status for people who were temporarily shielded from deportation, Secretary Kirstjen Nielsen said in an interview.

Details on qualifying for citizenship, including on how many years to wait and other requirements, would have to be addressed.

Asked whether the president would support citizenship, she said, "I think he's open to hearing about the different possibilities and what it means but, to my knowledge, there certainly hasn't been any decision from the White House." 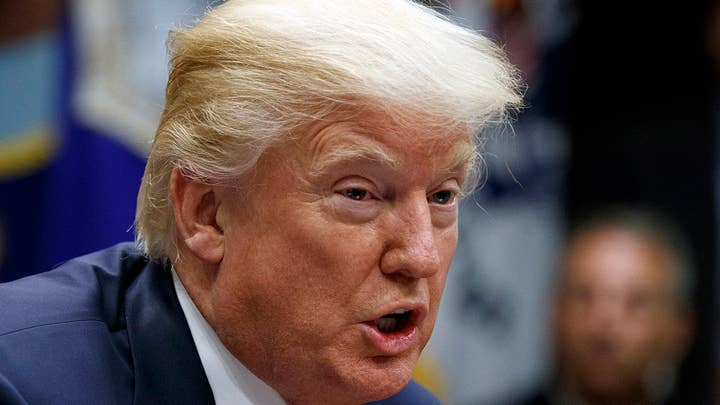 In September, Trump said he wouldn't consider citizenship for DACA recipients — an Obama-era program that Trump said last year he was ending. He gave Congress until March to deliver a legislative fix.

The options being considered by Congress include permanent residency, residency for a certain amount of time — perhaps three or four years, subject to renewal — and citizenship, Nielsen said.

"It will be interesting to see where (Congress) can get comfortable with what they mean by what is a permanent fix but the idea would be that you move away from a temporary status," she said.

The secretary said she was hopeful the White House and Congress can reach a deal that includes border and immigration enforcement measures. She said building a wall along the Mexico border was "first and foremost," and the administration wanted to end "loopholes" on issues that include handling asylum claims and local police working with immigration authorities.

"I remain optimistic. You have to be," Nielsen said. "It's very important. The American people have said they wanted it. I think we should find common ground. The devil's in the detail."

Nielsen said she and other senior administration officials would discuss a potential deal with members of Congress this week, and the president would take it up in a meeting Wednesday with congressional leaders on legislative priorities for 2018.

The secretary spoke hours after the president blasted Democrats for "doing nothing" to protect DACA recipients. Trump tweeted that "DACA activists and Hispanics will go hard against Dems, will start 'falling in love' with Republicans and their President! We are about RESULTS."

Nielsen, who visited prototypes of Trump's proposed border wall in San Diego, said the president would request $1.6 billion next year for the barrier, in addition to $1.6 billion he is seeking this year to build or replace 74 miles in California and Texas.

"It's all a down payment," she said. "This is not going to get us the whole wall we need but it's a start." 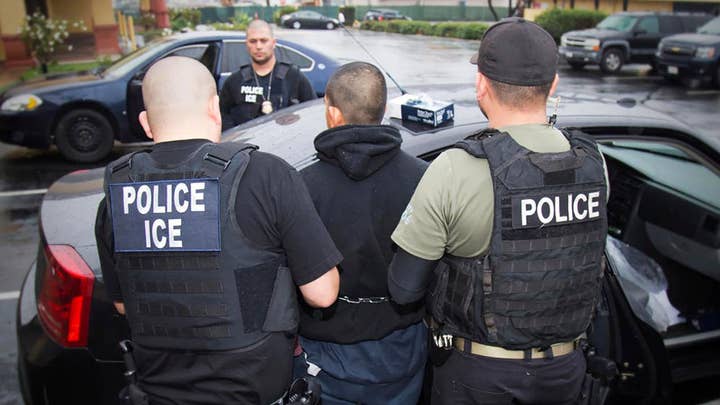 Trump has met stiff Democratic opposition to the wall, a central campaign pledge. Barriers currently cover 654 miles, or about one-third of the border, much of it built during George W. Bush's presidency.

Nielsen said closing enforcement "loopholes" was also a priority. She mentioned refusals by some local police to honor requests from federal authorities to detain people in the country illegally; special legal protections for unaccompanied children who enter the country illegally and are not from Mexico or Canada; and criteria for passing an initial screening on asylum claims.

Nielsen said she believed any permanent protection for DACA recipients should be limited to the hundreds of thousands who qualified during the three years it was in effect, not anyone who would meet the criteria if it were still in place. She said it should include permission to work.

"Everybody wants to find a solution - a permanent solution - to DACA," she said. "I mean I really haven't talked to anybody who has said, 'Nah, we don't want to do that.'"

Nielsen faces a Monday deadline on whether to extend permission for about 200,000 Salvadorans to remain in the country with temporary protected status, which is designed to protect foreigners fleeing natural disasters. In November, her predecessor said she was ending temporary status for Nicaraguans and granted a six-month extension for Hondurans.

Nielsen said she spoke with El Salvador's top diplomats about how their return would be carried out and said others have gone home to start small businesses. She expressed wariness of temporary extensions.

"Getting them to a permanent solution is a much better plan than having them live six months, to 12 months to 18 months," she said.