The Trump administration on Monday issued a long-awaited rule strengthening the ability of federal officials to deny green cards to immigrants deemed likely to rely on government aid.

“The principle driving it is an old American value, and that’s self-sufficiency,” U.S. Citizenship and Immigration Services (USCIS) Acting Director Ken Cuccinelli told Fox News in an interview. “It’s a core principle -- the American Dream itself -- and it’s one of the things that distinguishes us, and it's central to the legal history in the U.S. back into the 1800s.”

“It will also have the long-term benefit of protecting taxpayers by ensuring people who are immigrating to this country don’t become public burdens, that they can stand on their own two feet, as immigrants in years past have done,” he said. “It’s not only a recipe for their success, but for America’s success growing out of our immigration system.”

Those benefits include Supplemental Security Income (SSI), Temporary Assistance for Needy Families (TANF), as well as most forms of Medicaid and the Supplemental Nutrition Assistance Program (SNAP) -- commonly known as food stamps. The rule expands the number of benefits that can be considered from interim guidance issued in 1999.

Those factors will be considered along with standard considerations such as age, health, financial assets and education. While Cuccinelli's USCIS is the lead agency, similar filters will be used at the State Department (for those applying for visas from abroad) and Border Patrol. 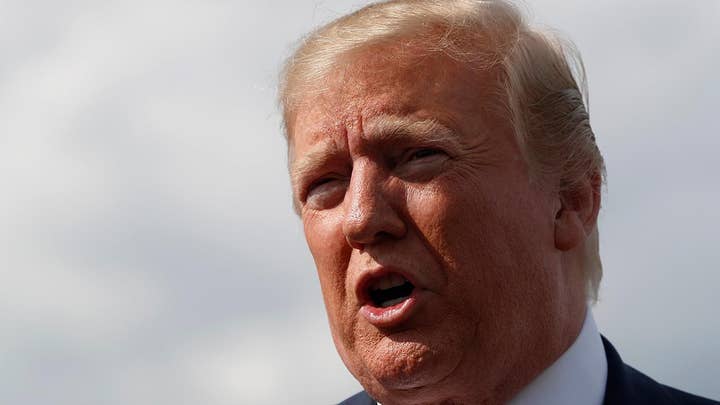 Cuccinelli told Fox News that the rule is not so much about limiting successful applications (noting that President Trump has sworn in more new citizens on an annual basis than were sworn in during the tail end of former President Barack Obama's administration) as it is about providing clarity to both USCIS staff in charge of enforcing the law, and also to immigrants about what benefits will factor in to a public charge determination.

“There’s no reason for anyone to be confused. It’s easy to answer the question: ‘Is X covered or isn’t it covered.’ That is a quick and easy answer to get via the USCIS website,” he said.

The rule updates guidance from 1999 issued by what was then the Immigration and Naturalization Service (INS), which stated that reliance on benefits such as SNAP and Medicaid would not be considered as part of a public charge evaluation.

“The difficulty we have had for the last 20 years under the 1999 guidance is that it was in anticipation of a rule that was never entered and it was fairly minimalist guidance and it has not been particularly useful in the work we do at USCIS,” he said, calling the new rule a “better and more thorough attempt.”

The rule is likely to cause significant backlash from Democrats and immigration rights groups, who have warned that it may spook migrants away from claiming the benefits they need, fearing it will lead to them being deemed inadmissible when requesting a green card.

There are already signs that the rule could significantly reshape who is being granted permanent residency. Politico reported last week that the State Department has been cracking down on potential public charges -- with rejections on public charge grounds surging to 12,179 in fiscal 2019 from 1,033 in fiscal 2016.

It also demonstrates the extent to which the Trump administration is moving its immigration policies beyond simply tackling illegal immigration, instead questioning the status quo of the legal immigration system as it has held since the 1965 Immigration and Nationality Act.

Cuccinelli, who was named acting director of the agency in June, said that the rule “is entirely in line with the president keeping his promises to make the immigration system work better for America.”