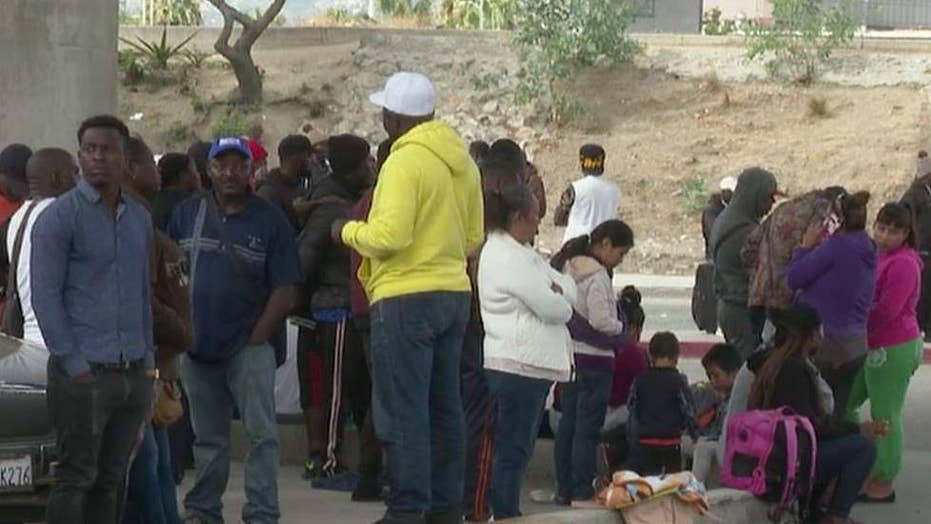 The Trump administration announced Friday that it is petitioning to decertify the National Association of Immigration Judges (NAIJ) -- a move that, if successful, could give the administration more control over where judges are sent and how many cases they're expected to handle.

A Department of Justice spokesperson said the department is submitting a petition to the Federal Labor Relations Authority (FLRA) to look at whether the NAIJ’s certification of representation should be revoked, as it claims the judges meet the statutory definition of “management officials.”

A management official is defined as “any individual employed by an agency in a position the duties and responsibilities of which require or authorize the individual to formulate, determine, or influence the policies of the agency.” Such officials cannot be part of a bargaining unit like a union.

"The role and importance of immigration judges in meeting the Department’s mission and determining or influencing its immigration policies have greatly evolved over the past several years," a DOJ spokesperson said. "In recognition of that evolution, including changes in the law, the Department of Justice believes appropriate action is necessary to update [the Executive Office for Immigration Review's] workforce relations in conformity with the law and to continue to further the Department’s mission.”

The union is a voluntary association but is frequently vocal about the issues facing its members, often opposing some of the policies and demands placed on them. The U.S. is facing a significant backlog of cases as it has seen tens of thousands of migrants, many of them family units, crossing the border and claiming asylum in recent months.

NAIJ President Ashley Tabaddor said last month that the a judge can typically have as many as 5,000 cases on their docket, and criticized "surreal decisions" by the DOJ, including the demand that they complete more than 700 cases a year.

"So even in the last few months and -- so in the last fiscal year, we have now been facing quotas and deadlines on judges, something that you would never do to a judge because you would not place a judge's financial interest into the mix of his or her decision when it comes to a case," she said in an interview with National Public Radio.

Tabaddor told Fox News in an email Friday that while the NAIJ has not been formally notified, "it appears that the DOJ is repeating their previous unsuccessful effort before the FLRA to disband the union based on the same set of unfounded claims."

The petition is being submitted to the regional office of the FLRA, where both sides will make their cases. According to a DOJ spokesman, an investigation will be conducted and the department will submit its arguments in support of its petition. The regional director could issue a decision, or could decide a hearing is necessary to reach a conclusion.

Should the administration be successful in decertifying the union, it would not give the administration a say over the decisions that judges make, but it would allow further supervision over work schedules, where judges are sent and the number of cases judges can complete every year.

The administration has called for a number of measures to combat the migration crisis, including more immigration judges as well as fixes to “loopholes” that limit how long family units can be held in detention. In March, the DOJ said it was aiming to hire more than 100 new immigration judges and support staff, including hundreds of, “attorneys, judicial law clerks, legal assistants and administrative support staff, including interpreters.”

The goal would be to have 659 immigration judges in place by sometime in 2020, officials said in the budget request.