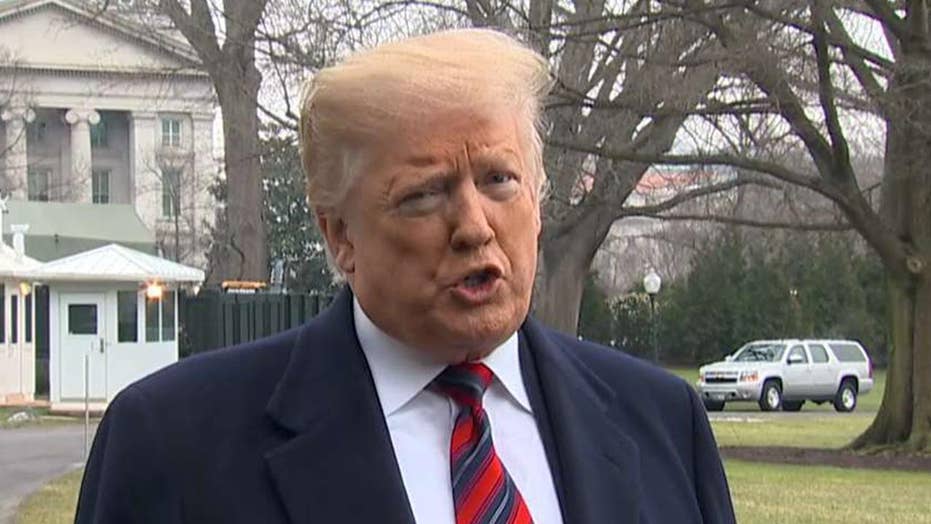 Trump: Pelosi is totally controlled by the radical left

The president speaks to reporters while leaving the White House.

President Trump on Saturday accused House Speaker Nancy Pelosi of being controlled by the far-left, hours before he is due to make an "important" White House announcement on the partial government shutdown and border security.

The new Democratic majority in the House includes some new members, such as Rep. Alexandria Ocasio-Cortez, D-NY, who have called for a more left-wing stance on issues such as immigration from Democratic leadership. Last year also saw an increase in the number of Democrats -- including potential 2020 presidential candidates -- calling for Immigration and Customs Enforcement (ICE) to be abolished. Republicans, including Trump, have said that Pelosi and other Democrats used to support a barrier on the border.

Trump made the remarks on his way to Dover Air Force base, where he was going to meet with the families of soldiers killed in Syria -- something he said "might be the toughest thing I have to do as President."

Trump is scheduled to address the nation at 4 p.m. from the White House. It is not clear what he is going to say, but he said Friday that it would be “a major announcement concerning the Humanitarian Crisis on our Southern Border, and the Shutdown,” live from the White House.

Speaking to reporters on Saturday, he said only that it would be an "important" statement and defended his stance on border security: "Walls work."

The government has been partially shut down for almost a month, because of a stalemate between Republicans and Democrats over Trump’s call for $5.7 billion to fund a wall on the southern border. Democrats have balked at the number and oppose a wall, instead saying they are prepared to fund approximately $1.3 billion for general border security.

Axios reported that Trump will extend an offer to Democrats for the $5.7 billion for the wall in exchange for the BRIDGE Act -- which would extend protections for illegal immigrants who came to the U.S. as children and were protected by the Obama-era Deferred Action for Childhood Arrivals (DACA) policy. It would also reportedly include legislation to extend the legal status of Temporary Protected Status (TPS) holders.

Meanwhile, The New York Times reported that House Democrats have added more than $1 billion in "border-related spending" to a package of funding bills to reopen the government. The proposal would include $524 million for infrastructure at ports of entry, while another $563 million would be more immigration judges, the Times reported.

The crisis escalated earlier this week as federal workers continued to work without pay, and no solid break in negotiations appeared to be coming immediately. 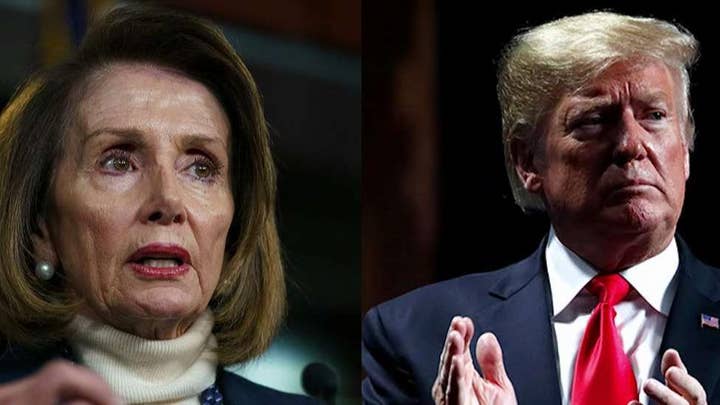 Pelosi wrote to Trump earlier this week calling on him to either delay the State of the Union address or submit it in writing. Trump later canceled the military plane that was due to take a Democratic congressional delegation to Afghanistan, citing the shutdown.

“We will reschedule this seven-day excursion when the Shutdown is over. In light of the 800,000 great American workers not receiving pay, I am sure you would agree that postponing this public relations event is totally appropriate,” Trump wrote.

The situation escalated on Friday when Pelosi's office accused the Trump administration of leaking plans for the congressional delegation to fly commercial to Afghanistan, saying the related security risks forced them to postpone the trip. However, the White House adamantly denied the leak allegation, calling it a "flat out lie."