President Trump focuses on immigration ahead of Mueller hearings

A top liberal think tank has warned that President Trump’s immigration message is actually winning among most voters and makes Democrats appear weak on enforcement.

The Center for American Progress has released a new report arguing that as Democrats drifted away from the “rule of law” message, it allowed Republicans to rebrand their party as the sole party of rule of law.

This created “the false dichotomy of America as either a nation of immigrants or a nation of laws” that then makes Democrats seem weak on enforcing the nation’s laws, according to the Daily Beast that first obtained the report.

Tom Jawetz, vice president of immigration policy at the think tank, added that those supporting humane immigration policy “have ceded powerful rhetorical ground to immigration restrictionists, who are happy to masquerade as the sole defenders of America as a nation of laws.”

The paper coincides with Trump’s renewed calls to reform immigration laws, arguing that they don’t stop the problem of illegal immigration and have significant loopholes. 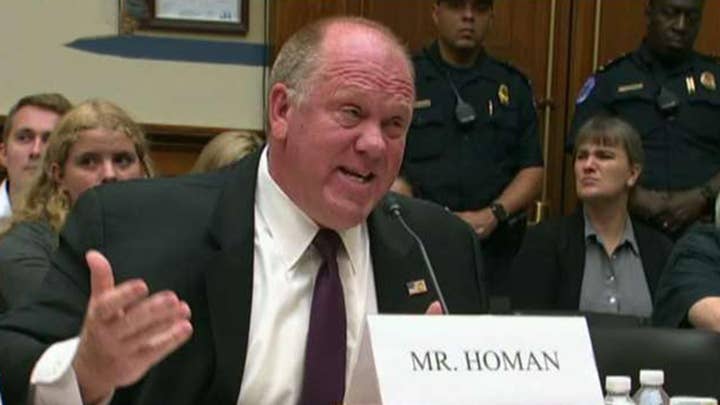 “We’ve got to straighten out our immigration laws,” Trump said during a rally in North Carolina last week. “You know, in a very short period of time, if the Democrats would give us a few votes, we could solve the immigration problem and it would be so great.”

Democratic 2020 presidential candidates, meanwhile, have been struggling to find an effective message that counter Trump’s rhetoric and without appearing as embracing extreme policies.

But according to the report, radical proposals such as nationwide amnesty or the abolition of U.S. Immigration and Customs Enforcement (ICE) only “fuels louder calls for maximum enforcement, which then strengthen calls for abolition, ad infinitum.”

Scores of candidates, including Sens. Kamala Harris, Elizabeth Warren, and Bernie Sanders, have backed the proposal to decriminalize illegal border crossings and no longer treat the crime as a criminal matter.

Only Sen. Michael Bennet rejected the proposal, while former Vice President Joe Biden took no position on the matter.

Some Democrats running for president also gave credence to the far-left movement to abolish the federal immigration authorities, though many early supporters of the movement such as Sen. Kirsten Gillibrand has since toned down the issue.