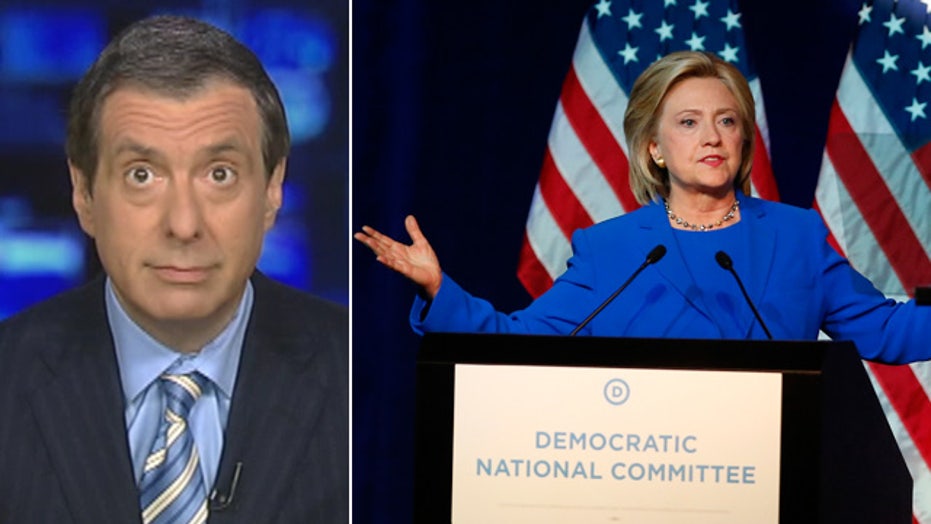 Journalists are much like firefighters, swinging into action when disaster strikes.

And when the flames of intolerance break out, we usually try to douse them (though some in the opinion-mongering business have been known to pour kerosene on the fire). We generally call out incendiary rhetoric, or at least spark a debate on whether a public figure has gone too far in using harsh language.

That’s exactly what did not happen in the case of Hillary Clinton.

There has been no shortage of inflammatory words in this campaign. Donald Trump stirred a furor by referring to some Mexican immigrants as rapists, and that’s still being debated.

When Mike Huckabee said President Obama, through his Iran deal, would “take the Israelis and march them to the door of the oven,” there was a media uproar over his invoking the Holocaust.

When Jeb Bush repeated the phrase “anchor babies,” which Trump had invoked in the argument over birthright citizenship, reporters pressed him on whether he was using an offensive term.

But then there was Hillary’s speech the other day in Cleveland:

This was a scripted line, not some off-the-cuff gaffe. Clinton knew what she was doing: trying to make some news—and change the subject from the email controversy that has her sinking in the polls—by being over the top.

If it works for Trump, she may have figured, why not me?

After all, the point of using questionable rhetoric is that when the media pounce, they are playing on your turf, spotlighting the underlying issue—in this case women’s rights—that you are pushing.

So here’s how the media reacted:

On “NBC Nightly News,” “Clinton goes on the offensive.”

The Washington Post framed it as “a significant escalation of her rhetoric about GOP positions on abortion that her campaign sees as a major vulnerability in the general election.”

Okay. Now just imagine that Trump or Ted Cruz or Rand Paul had likened Hillary or Obama to terrorists.

They would not be described by the media as engaging in tough talk. Or going on the attack. Or exploiting a major vulnerability in the opposition. The New York Times would find space in the paper, right on the front page. MSNBC would go crazy.

The only issue would be whether the Republican went too far, beyond the bounds of political decency.

Maybe some reporters think her charges against the GOP aren’t that far off the mark.

Now some of these news organizations did quote GOP critics. Trump called Hillary’s comment “a disgusting statement” in a call to MSNBC’s Joe Scarborough, a Republican who did condemn the remarks.

Carly Fiorina told Fox News the comments were “outrageous” and “over the line.”

But that is framing the flap as a she said/he said story. Most of the media didn’t make Hillary’s language the issue, or brushed off the story.

I’m not one who says the mainstream media are in bed with Clinton. They have been very rough on her over the private email server, a story broken by the New York Times. Same thing with the Clinton Foundation controversies. The tension is palpable at some of her press conferences.

There’s nothing wrong with Hillary or any other politician talking tough. But when it comes to political language, all candidates have to be held to the same standard. And in this case, the press has been tone-deaf.