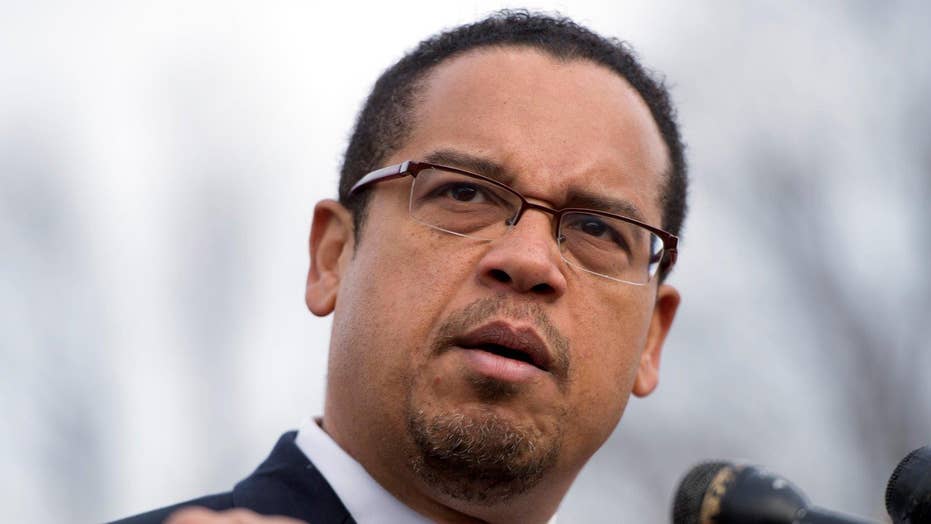 Byran Llenas reports on likely candidates for the spot

Ellison, a Muslim and co-leader of the Congressional Progressive Caucus, has yet to officially announce a bid for the post. But he already has the backing of progressive Sens. Elizabeth Warren, D- Mass., and Bernie Sanders, I-Vermont, as well as incoming Senate Minority Leader Sen. Chuck Schumer, D-N.Y.

“Not only is (Ellison) one of the most progressive members of the Congress, but he also understands that the future of the Democratic Party has got to be grassroots activism,” Sanders, a 2016 Democratic presidential candidate, told USA Today last week.

Leaked documents on the eve of this summer's Democratic National Convention showed DNC Chairman Debbie Wassserman Schultz favored eventual party nominee Hillary Clinton over Independent-turned-Democrat Sanders, which resulted in the Florida congresswoman being forced to resign from her post.

The DNC’s problems continued in the later stages of the campaign when emails that WikiLeaks hacked from the Clinton campaign showed acting DNC Chairwoman Donna Brazile, also a paid CNN contributor, had given Clinton questions from a CNN debate and a town-hall style event. CNN cut ties with Brazile after the emails came to light.

O’Malley was also a 2016 Democratic presidential candidate, and he publically complained that Wasserman Schultz had limited the number of debates to protect the front-running Clinton.

The DNC chairman is usually appointed by a Democratic president and is primarily responsible for raising money for party candidates up and down election ballots.

Ellison, who said he could make a decision as early as Monday about whether to compete for the post, would face a Republican Party that controls the White House, Congress and more than 30 of the country's 50 governorships.

Ellison suggest on NBC’s “Meet the Press” that Clinton lost and fellow Democrats had made only modest gains in the House and Senate because Americans "have been looking at 40 years of flat wages.”

"The truth is, we have got to make America work for working people again,” he continued. “We have to make that our job number one.”

Ellison also said “no way in the world” is Trump, the Republican presidential nominee who upset Clinton, a “champion of working people.”

“I don't know any good thing this guy has ever done, and yet because he was able to throw hate and poison on Hillary Clinton, he was able to somehow prevail,” Ellison also said. “I'm not going to get up here [and] cast fault on Democrats.”