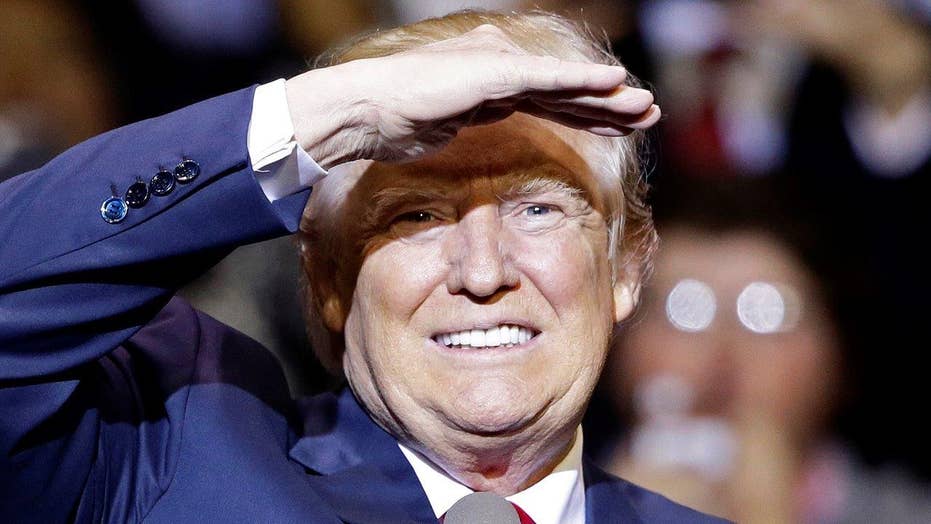 President-elect Donald Trump was named Time magazine's Person of the Year on Wednesday – and the honor basically ended there.

While describing Trump as the real change-maker of 2016, the magazine also ragged on the Republican president-elect as a “huckster” and “demagogue” while reserving its most glowing praise for runner-up Hillary Clinton -- whom the edition breathlessly described as “an American Moses.”

In describing Trump, Time's article almost exclusively used backhanded compliments. For instance, while the piece said he “did what no American politician had attempted in a generation,” it added that he “magnified the divisions of the present, inspiring new levels of anger and fear within his country.”

“Now it’s difficult to count all the ways Trump remade the game: the huckster came off more real than the scripted political pros. The cable-news addict made pollsters look like chumps. The fabulist out-shouted journalists fighting to separate fact from falsehood. The demagogue won more Latino and black votes than the 2012 Republican nominee,” Time's Michael Scherer said in one particularly bruising paragraph.

Among the descriptions of what it called “Trump’s America,” Time described a land “where a hijab-wearing college student in New York reports being attacked and jeered at in the next President’s name, where American-born children ask their citizen parents if Trump will deport them, where white supremacists throw out Nazi salutes in Washington meeting halls for their President-elect.” [It is worth noting that President Obama is still in charge until January.]

The article on Hillary Clinton is much different. Subtitled “The winner of the popular vote leaves a complicated legacy,” the tone is worlds away from the fulminating darkness that permeates the Trump piece.

The opening paragraph reads more like the prologue of St. John’s Gospel than an essay on a presidential runner-up, saying of Clinton: “she became a symbol in a fight that was about much more than symbolism."

"She’s the woman who was almost President, she is what might have been and what will yet be."

Even when writer Charlotte Alter offered criticism of the former secretary of state, she implied Clinton’s mistakes stemmed from her fundamental strengths, or were the fault of her critics.

“Long before she ever ran for office, Clinton built up a sturdy shield. Decades of attacks on her looks, her judgment, her marriage and her motivations left Clinton reflexively contained and guarded. But armor both insulates and obscures, and those self-protective traits may have led to some of her most damning mistakes, like the creation of a private email server and her fumbling rationale for it,” Alter wrote.

“Like an American Moses, she was an imperfect prophet, leading women to the edge of the Promised Land. Now it’s up to another woman to enter it.”