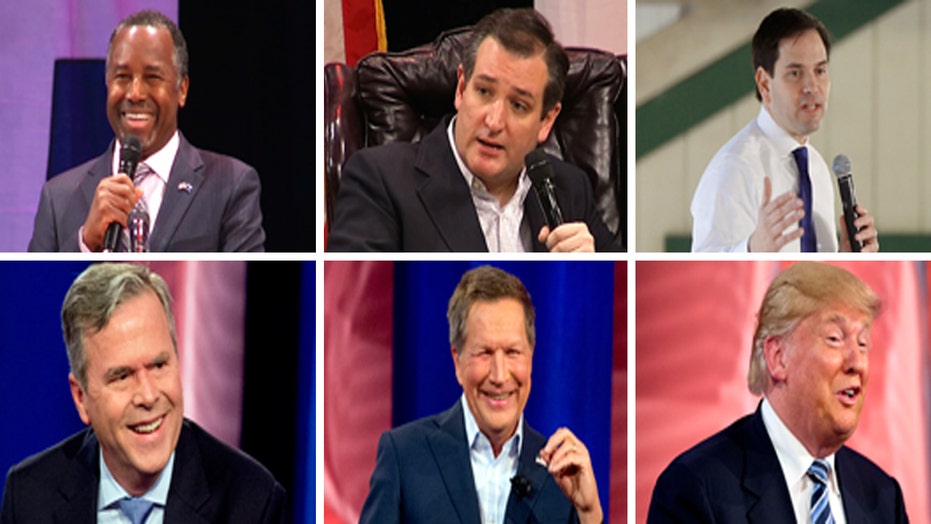 THE SOUTH CAROLINA EXPECTATIONS GAME
There’s little doubt who will win the Republican Primary in South Carolina on Saturday. South Carolina looks like Trump country, to be sure.

But assuming he does win, the size of his margin of victory and the order and volume of the two other remaining contenders for the nomination matter a great deal. Style points matter in these early primaries, and none more so than South Carolina.

Out of Iowa and New Hampshire pundits wagged their chins for days about “tickets out” and on to other contests, but in South Carolina the only “ticket” being talked about is Gov. Nikki Haley’s role on the national ticket. That’s a mistake. There are only two or three tickets to ride left. And the number will be decided on Saturday.

Voters in South Carolina have been somewhat freed from what we called “the tyranny of multiplicity” that boggled voters in New Hampshire and Iowa. But given the large size of the initial field and the obduracy of some candidates who have, practically speaking, already been eliminated, South Carolina still has some winnowing to do.

Those who finish in the top spots in the Palmetto State will have the green light to continue to the SEC primary on March 1st where the delegate count starts to add up and things look a lot more real for the red team.

With those highest-stakes of the 2016 contest yet, let’s look at what each of the remaining candidates needs to do today in order to keep on moving.

Donald Trump - The expectations game is simple for Donald Trump in South Carolina, win, and win big. Trump has been the frontrunner in South Carolina since the beginning of August and goes into Saturday’s contest with a 14-point lead in the Real Clear politics average of polls for the state.

South Carolina has an open primary which is perfect for Trump’s coalition of independents, Democrats, and Republicans, and his populist forbearer Newt Gingrich carried the state handily in 2012. Any win by a double-digit margin will be more than enough to cement Trump’s status as undisputed frontrunner and will help erase his Iowa defeat from political memory.

While a Trump defeat is hard to fathom given his long-standing lead, a narrower victory than polls predict could be trouble. If he underperforms pre-election polls by any significant margin in this favorable terrain it will raise fresh doubts about his unorthodox presidential bid.

Ted Cruz - Ted Cruz wants plenty of daylight between himself and third-place Marco Rubio. Cruz has run a consistent second in the state, wherein he has invested tremendous time and resources. But Rubio has closed the gap significantly in recent weeks.

Cruz wants to be closer to Trump than he is to Rubio and in a clear second place. That would establish Cruz as what he has sold himself to voters all along: the staunch conservative who could take an Iowa win and turn it into national success.

But Cruz has been fighting a two-front war now between Trump and Rubio for some time. Both have honed in on accusations of dishonesty a damaging narrative for Cruz with evangelical voters, on whose support his bid depends.

If Cruz should fall behind Rubio in South Carolina it would be bad, bad, bad. Rubio is dangerous to Cruz since he can reach the anti-Trump conservatives and Christians who are arrayed against Trump. Rubio’s shot at the Republican nomination depends on knocking Cruz out of contention before winner-take-all contests begin on March 15. If Cruz stumbles to third in South Carolina it would be an ill augury.

Marco Rubio - Don’t slip! Rubio has been playing a dangerous expectations game from the start in which third place finishes are wins and ties for fifth are merely setbacks.

But in February narratives do matter, so he gets one more chance.

If Rubio can do third or better in South Carolina he will have cemented his reputation as both durable and resilient. Had Rubio finished second in New Hampshire as he once hoped, anything short of a South Carolina win would have looked like a setback. But as it is, a top-three finish will do just fine.

What Rubio cannot do is fall out of the top three, especially to his own Captain Ahab, Jeb Bush. A fourth-place finish or worse, especially one behind his former mentor would be the beginning of the end for Rubio.

Jeb Bush - Given the torpor and dejection in which Bush’s campaign is wreathed, the former Florida governor needs to shock the nation in South Carolina. That means a stunning second-place finish ahead of both Cruz and Rubio. If Bush meets his current expectations – a distant fourth place in the RCP average for the state – he will likely withdraw from the race next week.

John Kasich - Beat Jeb Bush. Like New Hampshire, South Carolina is an open primary, which is good for the moderate Kasich, who is making an explicit appeal to Democrats. It was enough to launch him into second place in the Granite State and while South Carolina is less friendly terrain, his goals are more modest: get past the struggling Bush.

If he can finish ahead of Bush, even by a narrow margin, he’s done what he needs to do to soldier on for a while longer.

Ben Carson - Respectability is a reasonable goal for Carson who has all but evaporated in the race. Carson once held nearly a quarter of the vote in South Carolina, but now runs last with just 7 percent of the vote in the RCP average for the state.

THE EDGE: TRUMP’S GRIP SLIPS AFTER DEBATE
Donald Trump is still the king of media mentions, but not by as stout a margin as before. This week’s installment of The Edge shows Trump’s stranglehold on national mainstream media mentions slipped a bit as other candidates got increased attention (though not all of it good).

The team at New Analytics has built The Edge, a unique tool to measure which candidates are being talked about the most, and provided the first look to Fox News First.

Here are the percentages for the candidate’s shares of national mainstream media mentions before and after the CBS debate on Feb 13. Points gained or lost from the end of last week are listed in brackets.

WITH YOUR SECOND CUP OF COFFEE…
Warren Throckmorton, professor at Grove City College, explains why Thomas Jefferson edited his own copy of the Bible stripped of the supernatural and miraculous works of Jesus, and how he came up with the idea: “In 1804 and around 1820, Thomas Jefferson took two copies of the New Testament and cut out verses that he believed truly came from Jesus. In several letters to friends, Jefferson described the process of assembling the philosophy of Jesus as being as simple as plucking diamonds from a dunghill. Jefferson had a lot of confidence that he could tell the difference between Jesus’ actual teaching and teaching added later by his followers. A copy of the 1804 abridgement of the Gospels has not survived.”

DEMOCRATS’ HIGH-STAKES GAME IN NEVADA
Saturday’s Nevada Democratic Caucus was supposed to be the start of Hillary Clinton’s firewall, but her campaign has begun to downplay expectations citing opponent socialist Sen. Bernie Sanders’, I-Vt., pull with youth voters and same-day voter registration as factors that play against her.

But if Clinton can’t win a state with large groups of minority voters and a caucus system built to allow well-organized campaigns reach maximum turnout then where can she win? Clinton chose her campaign manager, Robby Mook, in part because of his success as her Nevada state director in 2008, and yet her campaign is already hedging the results. She doesn’t even need to win by much. Anything is better than her coin-flipped, razor-thin “victory” in Iowa.

It seems Team Clinton has already pegged South Carolina, where Democrats will vote a week from Saturday, as the new, new start of her firewall. Assistant House Democratic Leader James Clyburn, D-S.C., is set to endorse Clinton today in Columbia, where Clinton is hoping to sweep the region’s black voters. A new Fox News poll shows Clinton maintains a hefty 42-point lead among black voters, but her lead has narrowed from December when she led Sanders by 71 points. Overall, she has a 28-point lead over Sanders among the state’s Democratic primary voters.

Sanders’ role in both contests is to chip away at Clinton’s electability argument starting with increasing his appeal to minority voters. The assumption has been that once the contests become more diverse Sanders will lose his appeal and fade, but if he can expand his base beyond youth voters, he can make this primary process go on longer than expected, which means nothing but bad news for Clinton and the Democratic Party.

FOR YOUR SUNDAY VIEWING PLEASURE
Kick off your morning with Mr. Sunday as he breaks down the results of the GOP South Carolina primary and the Democratic Nevada caucus on “Fox News Sunday with Chris Wallace” at 2 p.m. and 6 p.m. ET on the Fox News Channel. Check local listings for broadcast times in your area.

[#mediabuzz - Host Howard Kurtz and guests analyze coverage of this weekend’s contests in South Carolina and Nevada. Watch Sunday at 11 a.m. ET, with a second airing at 5 p.m.]

MUST’VE BEEN LADIES NIGHT
The Guardian: “After sampling some alcohol from patrons’ glasses, a monkey picked up a knife and chased customers around a bar in Paraiba, Brazil, it has emerged. The capuchin monkey drank remnants of cachaça, a distilled spirit popular in Brazil, from glasses around the bar. The animal then chased the men in the pub with a foot-long knife but left the women ‘to drink in relative peace,’ according to the Mirror…The monkey was then captured by the local fire department before being released into a nearby environmental reserve…But when the animal stirred up more trouble, scaring children and residents of the area, he was captured once more…”

AND NOW A WORD FROM CHARLES…
“In fact, [Bill Clinton] is a liability.  He goes out there and says stuff almost every time that they have to clean up after him.  So [Hillary Clinton] is out there alone, and she is not a good candidate.” — Charles Krauthammer on “Special Report with Bret Baier”