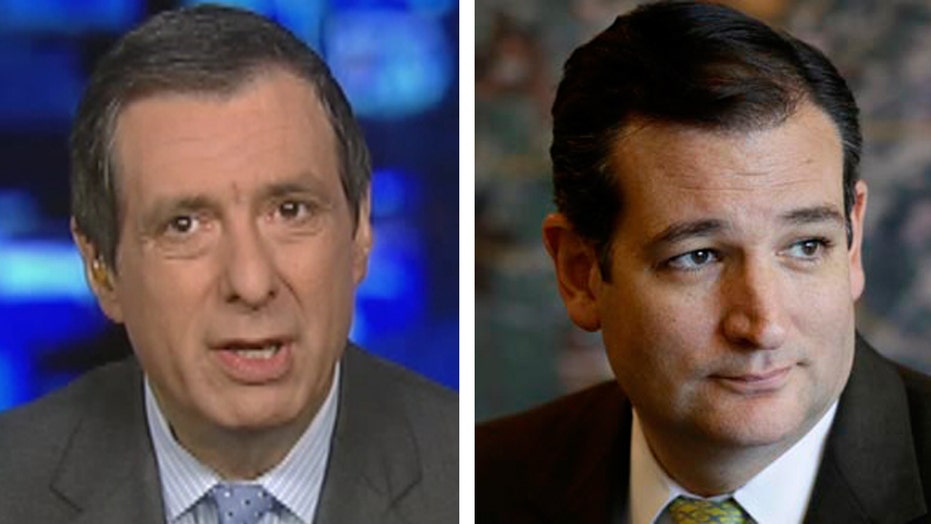 Something must be in the water when Ted Cruz starts to sound like Elizabeth Warren.

I was watching the aggressively conservative Texas senator respond to the State of the Union and almost felt the need to adjust my television picture.

“The facts are we’re facing now a divided America when it comes to the economy,” Cruz told Fox’s Megyn Kelly.

“It’s true that the top 1 percent are doing great under Barack Obama. Today, the top 1 percent earn a higher share of the national income than any year since 1928. The sad reality is that with big government, under the Obama administration, the rich and powerful in the Obama administration have gotten fat and happy. But working men and women across the country, we have the lowest labor force participation since 1978.”

The 1 percent? The rich and powerful? A divided America?

Suddenly leading Republicans are openly embracing the notion that income inequality is a clear and present danger that must be addressed. That is such a tectonic shift that it moves the national debate several degrees to the left.

It’s not that congressional Republicans, faced with Obama’s partisan Democratic speech, are going to pass sweeping legislation to boost the income of the lower and middle classes. But it tells you something about how they read the mood of the country.

Real change is often preceded by an evolution in the way politicians frame an issue. Some Republicans, such as Dick Cheney and Rob Portman, began talking more sympathetically about gay marriage before public opinion changed to the point where it is now legal in 36 states.

By talking up the gap between the wealthy and everyone else, Republicans are starting to play on Democratic turf.

Rand Paul, on the same Fox program, said Obama wants to take credit for an improving economy but “still blames income inequality and lagging wages” on “someone else.” The Kentucky senator noted that “black unemployment is still twice white unemployment” and that “there are still a lot of people who have dropped out of the economy.”

There you have another likely 2016 contender feeling the need to address inequality. Paul’s reference to black unemployment was no accident, as he has made a point of reaching out to African-American audiences.

And then there was Mr. 47 Percent himself, Mitt Romney, telling the RNC that he wants “to lift people out of poverty”—a phrase associated with LBJ-style Great Society programs.

“The rich have gotten richer, income inequality has gotten worse and there are more people in poverty than ever before under this president,” Romney said. He spoke of his work in the Mormon Church—something he almost never did in 2012—and how he tried to aid “people who are very poor.”

In the past, when Democrats pounded away at the gap between rich and poor, many Republicans accused them of class warfare. Obviously, the GOP would explore a different mix of incentives, and rejects the latest Obama pitch to  tax the rich and Wall Street to finance lower levies for the middle class.

But after being pilloried as the party of the 1 percent, several of its biggest names are now saying the 1 percent have too much of the pie. And that may be the biggest news of 2015 so far.