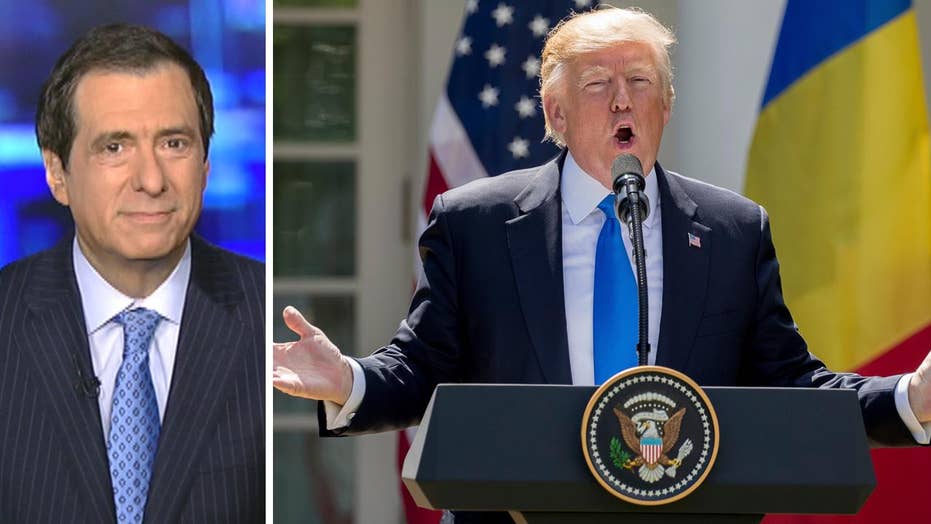 Kurtz: What happened to the War Room?

James Comey has gone from hero to zero and back more times than seems humanly possible.

He’s become a walking Rorschach test on which partisans project their passionate feelings.

At the moment, the fired FBI director is being hailed by the left and drawing applause from much of the mainstream media.

Comey is a “Shakespearean character,” the New York Times says, with “a theatrical swagger to match the moment.”

He is “blunt and folksy,” says the Washington Post, both a “prototypical G-man” and “the aggrieved victim of an undisciplined, line-crossing president.”

But Comey is being pilloried on the right for not having much of a legal case against President Trump, and for being a leaker to boot. The latter is not a crime in leak-crazed Washington, but it does tarnish Comey’s halo, since he scolds journalists for inaccurate leaked stories while slipping his memos through a friend to the New York Times.

Somehow, it often seems all about Comey. He infuriated the right by declining to seek an indictment against Hillary Clinton in the email investigation, while also upsetting the left by castigating her at a news conference for negligent conduct. Then he infuriated the left for reopening the case in late October for what turned out to be nothing. To this day, Clinton blames Comey for costing her the election.

This goes back to 2004, when Comey was Attorney General John Ashcroft’s deputy, got an urgent call and rushed to the bedside of his hospitalized boss. Comey was able to block other Bush administration officials from having Ashcroft sign a reauthorization of the president’s domestic surveillance program. And who did Comey take with him? FBI Director Robert Mueller, who’s now investigating Comey’s charges as special counsel in the Russia investigation.

The liberals treated him as a saint.

Trump has now called Comey a liar, and with his “100 percent” offer to testify under oath—if indeed that ever happens—the two men are on a legal collision course.

With the absence of a White House war room—and with officials under orders not to comment on the investigation—Corey Lewandowski is leading the rapid response.

The president’s first campaign manager was all over the airwaves late last week, defending his former boss and saying that Comey might potentially have to be prosecuted for leaking. Dave Bossie, Trump’s former deputy campaign manager and now a Fox News contributor, has been defending him as well.

Trump has explored bringing them into the White House, but that is apparently not happening, at least for now. And both men are more free to speak their mind on the outside than if they were part of the administration.

Whether Comey lays low now or not, he has become the president’s chief antagonist. And whether he is praised or pilloried depends heavily on whether you support Trump, just as it did when Comey was investigating Hillary.

Not long ago, Comey was resented by both sides. But now that he’s testified at a hearing watched by 20 million people, the ground has shifted once again.