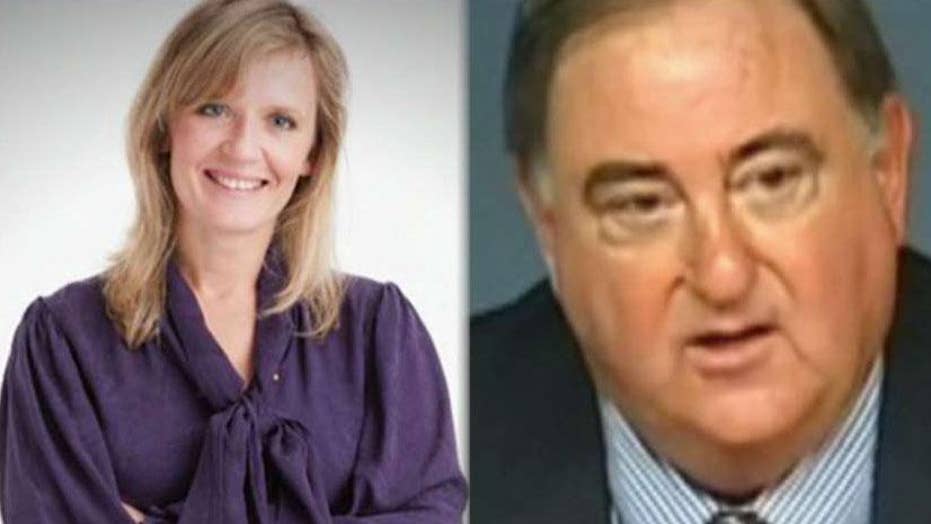 Attorneys Emily Compagno and David Bruno weigh in on the validity of the defamation case.

Cambridge professor and reported FBI informant Stefan Halper, who is being sued by a Russian-born academic for allegedly smearing her and former national security adviser Michael Flynn as part of a government conspiracy to bring down the Trump administration, declared in a recent court filing that he is entitled to legal immunity ordinarily afforded to federal agents – even if the lawsuit's allegations are true.

Halper did not explicitly admit to being an FBI informant in asking an Alexandria, Va. federal judge to throw out the case, and his filing followed legal rules that require defendants to assume that plaintiffs' factual allegations are true in the initial stages of litigation.

"Private individuals who participate in FBI investigations are subject to the federal common law qualified immunity applicable to government agents," as well as constitutional protections, Halper's motion to dismiss asserted.

The qualified immunity privilege exempts federal agents from litigation unless their violation of the law was so extreme that it broke an established statutory or constitutional duty of which a reasonable person would have been aware.

Nevertheless, Halper's motion to dismiss raised the prospect that the academic, Svetlana Lokhova, would have no recourse if the court accepted Halper’s claim. In her fiery complaint, Lokhova claimed that “Stefan Halper is a ratf---er and a spy, who embroiled an innocent woman in a conspiracy to undo the 2016 Presidential election and topple the President of the United States of America" by leaking false information to willing news reporters.

Michael Flynn is pictured at a 2014 dinner at the University of Cambridge. (Courtesy of Svetlana Lokhova)

According to Lokhova, Halper worked to spread false stories that she had an affair with Flynn on the orders of Russian intelligence services.

Lokhova's complaint said that Halper had "confederates" who distributed "propaganda" at media outlets, including The New York Times, and named national security reporter Adam Goldman. Goldman has co-bylined a variety of stories favorable to the FBI, including a May 18, 2018 piece entitled, "FBI Used Informant to Investigate Russia Ties to Campaign, Not to Spy, as Trump Claims."

But Halper's response dismissed Lokhova's allegations as inaccurate and implausible, and a mere publicity stunt attempting to turn the court into a "political blog." Purportedly because legal procedures require that courts "can, and sometimes must, credit a complaint's allegations" as true "solely for purposes" of adjudicating motions to dismiss, Halper's filing then outlined a slew of head-turning immunity defenses.

FLYNN SAYS FBI PUSHED HIM NOT TO BRING A LAWYER TO FATEFUL, CASUAL INTERVIEW AT WHITE HOUSE

Halper's filing noted that he was alleged to have been paid "in amounts exceeding $500,000" for his counterintelligence efforts.

"Assuming these admissions to be accurate [for motion to dismiss] purposes, any communications made by Mr. Halper in fulfillment of his alleged agreements with the FBI are subject to the absolute federal common law privilege of federal contractors," the document said.

And Halper is "also entitled to federal immunity under the Supremacy Clause of the Constitution," Halper's motion continued, because state defamation law cannot supersede or interfere with the conduct of an FBI investigation.

Halper's filing also asserted that Lokhova had not suffered reputational harm because of Halper's supposed work with the FBI, that there was no substantive evidence Halper was the source for media articles unfavorable to her, and that the statute of limitations rendered some of her claims untimely.

Conservative commentators, however, speculated that Halper's lawyers were working to hide an explosive paper trail.

"Stefan Halper’s lawyers claim that he can’t be sued for defamation because government agents and contractors, under sovereign immunity, have carte blanch authority to lie to reporters about people whose reputations they wish to destroy," said Sean Davis, the co-founder of The Federalist.

"I can’t wait to see the FBI/CIA/DoD contract which required Stefan Halper to spread blatant lies about the Obama administration’s political opponents in exchange for taxpayer money," he added.

Lokhova said in her complaint that Special Counsel Robert Mueller "never interviewed" her, and "never subpoenaed a single record from her" during his extensive investigation into Russian election interference. Lokhova also claimed she "lives in constant fear" and has "contemplated suicide to end the suffering caused by the enormous weight and stress of being collateral damage in Halper's international conspiracy and scandal."

Speaking exclusively to Fox News in April, Lokhova made clear that whatever the outcome of the litigation, the matter should be thoroughly probed.

"I think there's a high chance that it was coordinated, and I believe it needs to be properly investigated,” Lokhova said.

Lokhova entered the political firestorm in early 2017 as Flynn was forced out of the Trump administration over lying about his contact with then-Russian Ambassador to the U.S. Sergei Kislyak. At the time, Lokhova said she was contacted by three American media outlets over a four-day period – and was promptly hit with claims in the press and on social media that she was a Russian operative for Moscow.

The allegations involved her contact with Flynn at a 2014 dinner held at the University of Cambridge in England. At the time, Flynn was the director of the Defense Intelligence Agency.

"I'm not a Russian spy and I have never worked for the Russian government," the 38-year old historian and academic said in an interview first broadcast on Fox News’ “Tucker Carlson Tonight.” "I believe that General Flynn was targeted and I was used to do it."

Lokhova said the U.K. academic group behind the Cambridge dinner included Halper. The professor, who did not return emails from Fox News seeking comment, was widely reported in 2018 to be a confidential source in the FBI's original probe into Russian meddling in the 2016 election. During the 2016 presidential campaign, Halper also reached out to Trump campaign aides including Carter Page, George Papadopoulos and Sam Clovis.

Halper is also at the center of a whistleblower complaint filed last summer that alleges government contractor abuses, as well as excessive payments with taxpayer dollars.

Lokhova said the 2014 Cambridge event was attended by about a dozen people. According to an event flyer, the dinner was organized by Halper and others including Sir Richard Dearlove, former head of British intelligence service MI6.

When asked if she was ever alone with Flynn, Lokhova told Fox News, "I have never been alone with General Flynn, before, during or after the dinner."

Documents reviewed by Fox News appear to back up Lokhova’s timeline of events -- and raise questions about subsequent unsolicited outreach to Lokhova on Halper’s behalf.

In the months following the 2014 dinner, Lokhova said there was no sign of concern about her background. She provided Fox News with a May 2015 email indicating the U.S. government tried to set up a similar event with the Cambridge group, including Lokhova, to host a new senior intelligence agency head.

Then in December 2015, Flynn traveled to Moscow as a private citizen and was paid $45,000 to speak at a Russia Today event where he shared a table with President Vladimir Putin. Allegations later emerged that Lokhova -- who said she emailed with Flynn a few times after the Cambridge dinner -- discussed traveling to Moscow to act as a translator. She flatly denies the allegations, saying, "There was absolutely no discussion of going to Moscow with General Flynn."

Soon after, Halper re-entered the picture. In early 2016, as Flynn's role advising the Trump campaign became known, Lokhova said she received an invitation out of the blue to a private dinner party with Halper. Lokhova shared the email with Fox News.

“It was very, very unusual because Stefan Halper and I, despite being part of the same group, and meeting pretty much in a public forum, we've had no personal contact at all. [Halper] to me was an obnoxious academic who absolutely hated all Russians," she said.

Then in early 2017, as Flynn was fired, Lokhova said the allegations surfaced about suspicious contact with Flynn three years earlier. The former national security adviser has since pleaded guilty to making false statements to the FBI and is awaiting sentencing.

Lokhova said she has spent a lot of time over the last two years "connecting the dots" and is now speaking out for personal and professional reasons.

"I'm an academic and I'm an author and my very career depends on my reputation. On a personal level, I'm a mother of a young child and I don't want my child when she grows up to think her mom is a w---e and a traitor."