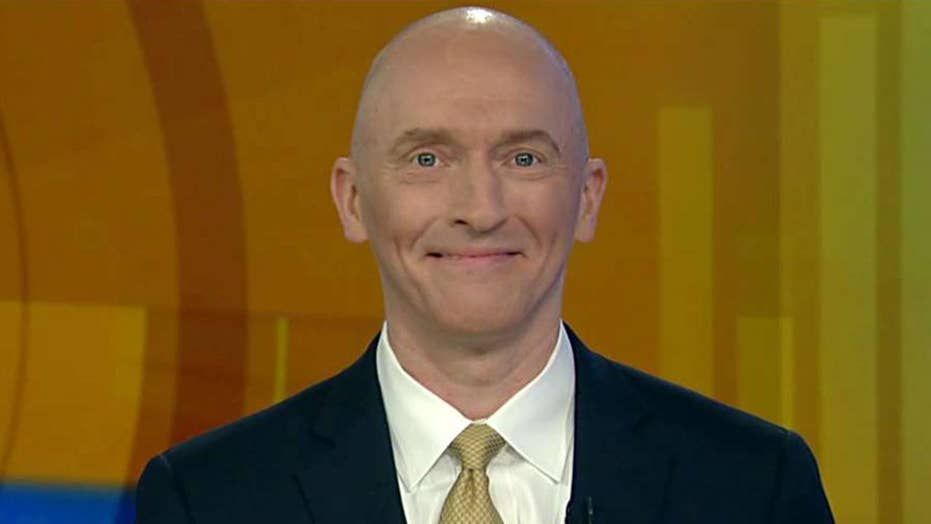 Former Trump foreign policy aide Carter Page said Sunday that U.S. intelligence informant Stefan Halper "intensified" communications with him as the FBI worked to obtain a secret surveillance warrant to monitor Page, shortly after he and Halper met for the first time at a research institute symposium in Cambridge, England, in July 2016.

Within days of a January 2016 Flynn phone call to Russian Ambassador Sergey Kislyak referenced in the court filing, Russian-born U.K. academic Svetlana Lokhova said Halper suddenly contacted her to gain information on Flynn. Asked about the timing, a source familiar with the situation told Fox News that "nothing is a coincidence" when it comes to Halper, and that Kislyak was likely under U.S. surveillance.

"I had a longstanding relationship with Professor Halper," Page told host Maria Bartiromo. "I always believe in 'innocent until proven guilty,' but my conversations with him intensified right in the month before my illegitimate FISA warrant in September 2016, when all these defamatory articles are being placed by the [Democratic National Committee]."

Page has sued he DNC and other actors for defamation related to accusations that he was colluding with Russian agents. The FBI, in its Foreign Intelligence Surveillance Act (FISA) application, flatly called Page "an agent of a foreign power." Page has not been charged with any wrongdoing despite months of surveillance, and the dossier that the FBI relied upon in its FISA application has largely been discredited as a political document rife with inaccuracies.

In its warrant application, the FBI assured the FISA court on numerous occasions that other sources independently corroborated the dossier's claims but did not clearly state that the dossier's author worked for a firm hired by Hillary Clinton's campaign.

Page continued: "Professor Halper was being very positive, you know, like a Harriet Tubman figure. He understands sort of the the injustices, or he presented himself as understanding that ...... and I sort of trusted him."

The FBI formally opened its counterintelligence probe into the Trump campaign July 31, 2016, several days after Page says he first met Halper at the symposium. From 2012 to 2018, the Defense Department paid Halper more than $1 million for consulting work.

During the 2016 presidential campaign, Halper -- now widely reported to be a confidential FBI source -- also reached out to Trump campaign aides including Page, George Papadopoulos and Sam Clovis. (Papadopoulos separately told Fox News in May that in September 2016, a U.S. intelligence informant approached him in London seeking information, and attempted to "seduce" him as part of a "bizarre" episode.")

Ultimately, Page told Bartiromo, his actions, and those of other Trump campaign officials, were "completely spun in the fake Mueller" report to help advance what he characterized as Democrats' "ridiculous" goal of impeachment.

"Professor Halper was being very positive, like a Harriet Tubman figure. ... I sort of trusted him."

"I had a longstanding relationship with the CIA, going back decades, essentially," Page said. "I was always very transparent, open."

North Carolina GOP Rep. Mark Meadows, also speaking to "Fox News Sunday," backed up Page's assertion. Specifically, Meadows pointed to a report from The Hill's John Solomon, who found that Ukrainian businessman Konstantin Kilimnik, a key figure in Special Counsel Robert Mueller's report, was actually a U.S. informant. In his report, Mueller linked Kilimnik to Russian intelligence, and did not mention Kilimnik's secretive ties to the U.S. in the report other court filings -- even as Mueller suggested former Trump campaign chairman Paul Manafort's ties to Kilimnik were nefarious.

Page, for his part, told Bartiromo that he did not recall ever "crossing paths" with Kilimnik.

In a separate lawsuit filed last month, Lokhova accused Halper and various news media outlets of conspiring to defame her, by falsely claiming she had inappropriate contact with Flynn to further the narrative that Flynn was compromised by Russia.

The complaint asserted that "Stefan Halper is a ratf----- and a spy, who embroiled an innocent woman in a conspiracy to undo the 2016 presidential election and topple the President of the United States of America."

Multiple independent reviews into potential FBI and DOJ misconduct in 2016 are ongoing. John Durham, the Connecticut U.S. attorney assigned by Attorney General Bill Barr to investigate the origins of the Russia probe, is “very dialed in” and “asking all the right questions,” according to multiple sources familiar with the matter.

Separately, sources within the Justice Department confirmed to Fox News last week that Barr has met “on multiple occasions in recent weeks” with Durham, who was in Washington, D.C., this month.