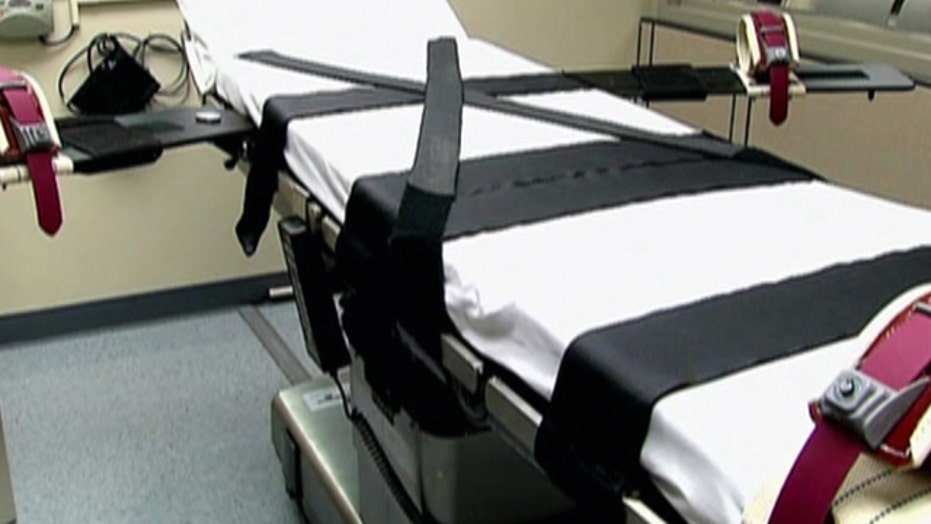 A recent Supreme Court ruling upholding a controversial lethal injection drug has shifted the spotlight in the capital punishment debate back to California's dysfunctional death row.

The state has the largest death row backlog in the nation, with 757 condemned prisoners awaiting their fate after executions were halted in 2006. The high court ruling -- in a case involving a different drug from what California once used -- has no immediate impact on those cases. But it does start the clock ticking for the state to come up with a new plan.

That's because officials previously had agreed to propose a new injection drug in California within 120 days of the court decision.

With the ruling in hand, that deadline is now Oct. 27.

"We know how to fix the system -- it's not that hard," said Kent Scheidegger, legal director of the Criminal Justice Legal Foundation. "We just have a legislature that's anti-death penalty and obstructing it on purpose."

Death row is in a holding pattern thanks to a decade's worth of legal challenges.

For years, prisoners were executed with a controversial "three-drug cocktail." Countless state and federal judges took issue with the method, as opposition built and ultimately forced the halt nine years ago.

The legal challenges culminated in a federal judge ruling the drugs unconstitutional last year. He said they caused excessive pain and represented cruel and unusual punishment.

But with California failing to adopt a new drug since 2006, families of victims of death row inmates sued the state last November. The suit accused the California Department of Corrections and Rehabilitation of failing to establish a proper drug protocol, in turn delaying justice, said Scheidegger, the families' representative.

A settlement was reached last month, and stipulated the state would revise its drug policy after the court decision.

The Supreme Court ruled 5-4 that Oklahoma's use of the sedative midazolam for capital punishment was constitutional. At the least, the ruling would appear to give California one viable drug option that could be lawsuit-proof, though it's unclear whether the state would consider it.

Figuring out a new drug plan is only part of the challenge.

California's other problems will be untangling additional legal issues, reactivating the system, and addressing the cost of the system. Sometimes decades-long execution delays are a big factor -- a case being heard in the 9th Circuit Court of Appeals will decide if such suspensions are constitutional.

California approved capital punishment in 1978 and has sentenced 900 people to death in that time. Yet only 13 have been executed. According to Scheidegger, an overloaded California Supreme Court and lethargic federal court system have rendered death row just another jail cell.

California death row inmates are eight times more likely to die from anything other than execution while waiting.

Since 1978, more than 60 inmates have died from age, two-dozen from suicide, and a handful from homicide. One-fifth of current inmates are over 60 years old, and 40 percent have been waiting for over 20 years. At this rate, "over 500 more inmates will die on death row from natural causes by 2050," according to a 2011 Loyola Law School study.

Then there's the cost of the system. The same study shows California's death row has cost $4 billion since its inception. Most of that cost comes from security facilities and trial expenses. The study found that California taxpayers pay $100 million annually for the system.

According to the California Commission on the Fair Administration of Justice, the state's lifetime incarceration program only costs $11.5 million annually.

While the Supreme Court ruling might make it easier to go lethal drug shopping, death penalty foes are vowing to keep fighting.

"The state has spent the last ten years trying to create a legally sound execution protocol," Ana Zamora, a lawyer from the American Civil Liberties Union, told the Los Angeles Times. "There is no evidence to suggest this time will be different."

California law requires the proposed policy be subject to public comment, a process that can take up to a year.

Scheidegger predicted that death row opponents will likely try to interfere. Another wild card is if activists renew efforts to end the death penalty entirely.

Drug manufacturers could also be a problem. Many companies have recently said they will no longer sell lethal products to state prisons. Other lethal drugs like sodium thiopental are no longer produced in the United States.

Meanwhile, the families of death row inmate victims are left waiting for justice.

The suit filed last November was on behalf of Kermit Alexander and Bradley Winchell, whose relatives were murdered in the early 1980s. Their killers remain on death row.