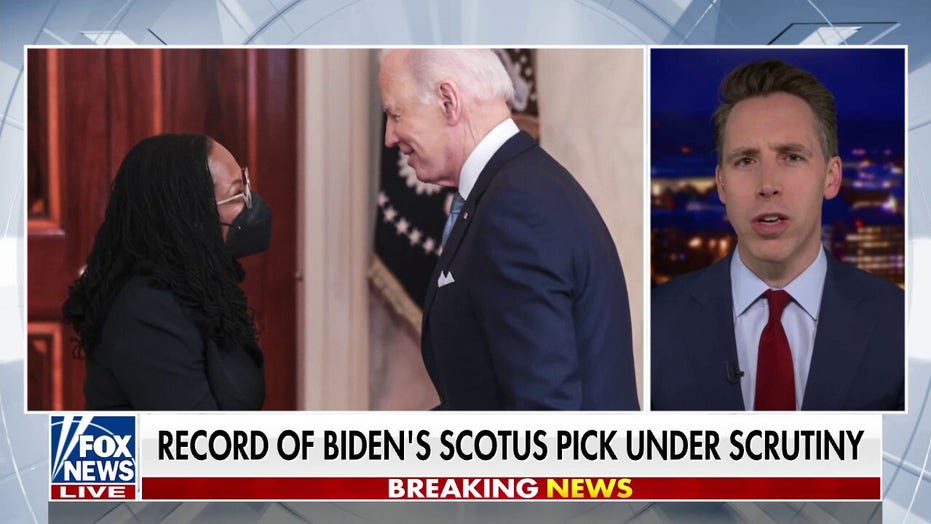 Judge Ketanji Brown Jackson will appear before the Senate Judiciary Committee Monday for public hearings on her nomination to the U.S. Supreme Court.

Here are 10 things you may not know about her.

1. Jackson was born in Washington, D.C. but raised in Miami.

Her parents Johnny and Ellery Brown were school teachers. Her father went to law school at night and later represented the Miami-Dade School Board as its chief attorney.

"Some of my earliest memories are of him sitting at the kitchen table reading his law books. I watched him study, and he became my first professional role model," Jackson said of her father when President Biden nominated her.

2. Her parents named her Ketanji to show pride in the family's African heritage.

They asked an aunt in the Peace Corps at the time to send a list of African girls' names. Ketanji Onyika means "lovely one."

3. If confirmed, Jackson as a Harvard undergrad and law school grad would join several other alumni on the high court.

4. Her younger brother Ketajh served as a Baltimore police officer and then in the U.S. Army, serving in Iraq.

He is also a lawyer.

Judge Ketanji Brown Jackson speaks after President Biden announced Jackson as his nominee to the Supreme Court in the Cross Hall of the White House Feb. 25, 2022, in Washington. (AP Photo/Carolyn Kaster)

5. Jackson was a champion debater in high school.

She recalled the experience as one of the most rewarding in her life: "I gained the self-confidence that can sometimes be quite difficult for women and minorities to develop at an early age."

6. At Harvard as an undergrad, she took drama classes and was in an improvisation group called On Thin Ice.

She remembered once working with future actor Matt Damon as a drama class partner.

7. It was also at Harvard where she met future husband Patrick Jackson, a surgeon.

His twin brother is married to the sister of former House Speaker Paul Ryan's wife. The Wisconsin Republican tweeted his support after her nomination, saying, "Our politics may differ, but my praise for Ketanji’s intellect, for her character, and for her integrity, is unequivocal."

When Breyer was consulted by the White House when Jackson was first nominated to the federal bench in 2013, he began the conversation with two words: "Hire her."

9. If confirmed, Jackson would serve alongside Clarence Thomas, the second Black American on the Supreme Court.

When working for Breyer more than two decades ago, Jackson and other law clerks at the time had lunch with Thomas. She later told the authors of a 2007 biography of Thomas, "Supreme Discomfort," what she was thinking at the time about the conservative justice.

"'I don't understand you. You sound like my parents. You sound like the people I grew up with.' But the lessons he tended to draw from the experiences of the segregated South seemed to be different than those of everybody I know."

10. When she was a district court judge in 2016, President Obama made her a finalist for the Supreme Court seat suddenly vacant due to the death of Justice Antonin Scalia.

Typically, only appellate judges get serious high court consideration. Obama interviewed Jackson in person, but the nomination went to Judge Merrick Garland. Jackson recalled her youngest daughter Leila urging her to apply for the job and penning a handwritten letter to the president, politely asking her mother be considered.

"Dear Mr. President ... She can demonstrate commitment and is loyal and never brags. I think she would make a great Supreme Court Justice," Leila wrote.

Jackson said she and her husband had to explain things to their daughter.

"Getting to be on the Supreme Court isn't really the kind of job that you apply for," she said. "You just have to be lucky enough to have the president find you among the thousands of people who might want to do that job."