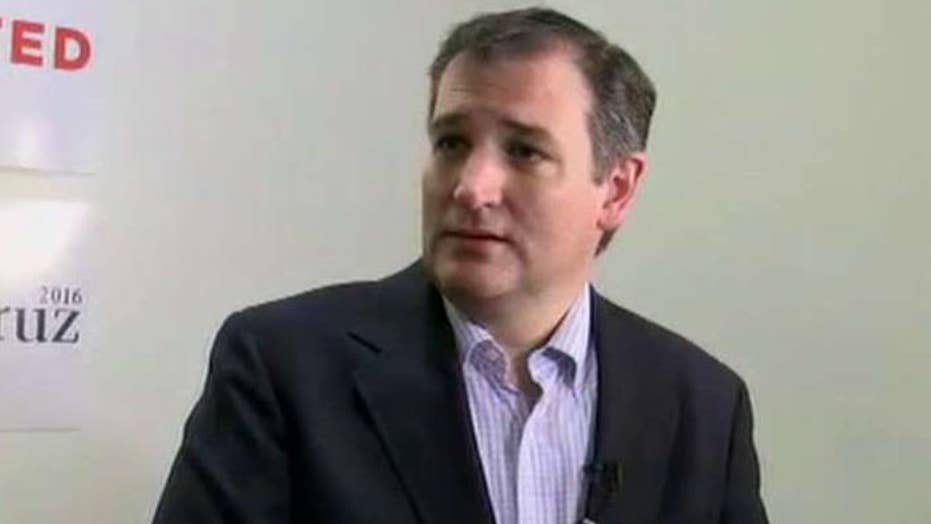 The super PACs behind Ted Cruz and Marco Rubio are preparing to blitz the airwaves in Florida ahead of the state’s make-or-break primary next week – with Cruz’s allies striving for a knock-out punch in Rubio's home state, and the Florida senator fighting to stay alive.

Keep the Promise I, the group backing Cruz, unveiled a suite of new attack ads and videos that hit Rubio on his voting record, “corporate welfare” and other issues.

As first reported by Politico, the ads will be targeted in Florida, and potentially beyond.

Meanwhile, the pro-Rubio super PAC Conservative Solutions is out with its own ad in Florida touting the senator’s Florida story.

“Send America Florida’s best,” the ad says, promoting Rubio’s “national security strength” and saying he has a “vision to lead a new generation of conservatives.”

The Cruz allies' anti-Rubio blitz, though, poses yet another headache for the Florida senator, who has vowed to win his home state – and by most accounts needs to in order to survive past March 15 – but is trailing badly in the polls to front-runner Donald Trump.

Trump and Cruz both have tried to nudge Rubio out of the race. But Rubio insists he can make up the polling gap in Florida and notch a big win next week – when all the delegates in the state will go to the winning candidate.

Rubio has won the Minnesota caucuses and, on Sunday, the Puerto Rico GOP primary, a tally that pales in comparison to the number of states and delegates won by Trump and Cruz. While Rubio is trailing Trump in Florida in most polls, Cruz is polling far behind in third place, according to the RealClearPolitics average.

"We had so much fun winning Sen. Cruz's home state by 17 points, we thought why not repeat that in Sen. Rubio's home state?” Kellyanne Conway, heads Keep the Promise I, told Politico.

It’s unclear whether Cruz could make up that much ground in the state – but the ads threaten to hold down Rubio’s numbers just as he’s trying to catch up to Trump.

One of the ads calls Rubio “absent on national defense,” citing his voting record.

Another blasts him for seeking support for “big sugar” in Washington, and calls him “the king of corporate welfare.”

Trump, meanwhile, is fighting hard to keep his lead in Florida and aims to knock out Rubio with a win next week.

Rubio is focusing his energy and resources in Florida in the days ahead. He’s holding a rally in Tampa on Monday, followed by another in Sanford, Fla.

Amid doubts about his staying power, Rubio tweeted: “I've been the underdog before. It didn't stop me then, and it won't stop me now.”