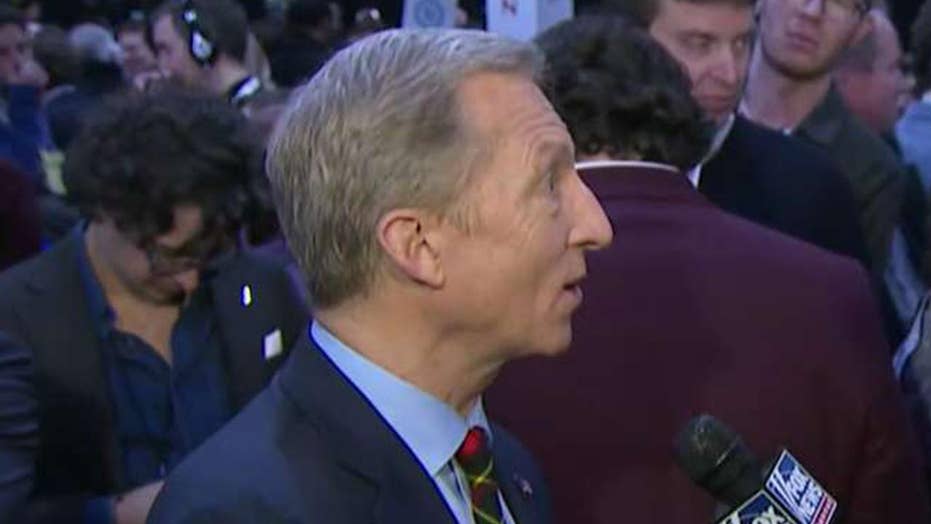 DES MOINES, IA – In what appeared to be a jab at former Vice President Joe Biden, Democratic presidential candidate Tom Steyer took aim at foreign policy decisions by “the Washington establishment” in an interview with Fox News following Tuesday night’s presidential primary debate in Iowa – a showdown where the current crisis Iran and other Mideast flashpoints took center stage.

The former hedge fund manager turned billionaire environmental and progressive advocate once again spotlighted his outsider status as he runs against a field full of former and current politicians.

Steyer – who was the only candidate on the stage without any government or military experience in dealing with foreign policy – dispelled any notion that he couldn’t hold his own on foreign policy with his 2020 rivals.

He appeared to take an indirect jab at Biden, who touted his foreign policy experience during the debate. Biden also called in 2002 Senate vote to greenlight the Iraq War a mistake.

Steyer told Fox News that “when you say to me we really need to go back to the experience that Washington has brought us, I would say actually we need something new here.”

Touting his private sector global business experience, Steyer emphasized that “I’ve traveled around this world working for three decades. I’ve dealt with people all over this world. If you want to know someone who actually understands how America engages internationally, actually I’m that person.”

And Steyer emphasized that “we tend to want to look at foreign policy as this question about America being the policeman of the world and it’s all about military policy, but if you actually look at what America has to do in terms of coordinating with our traditional allies, being value-driven, and understanding what goes on in the real world, in a different way of looking at it, I’m the person who has that experience.”