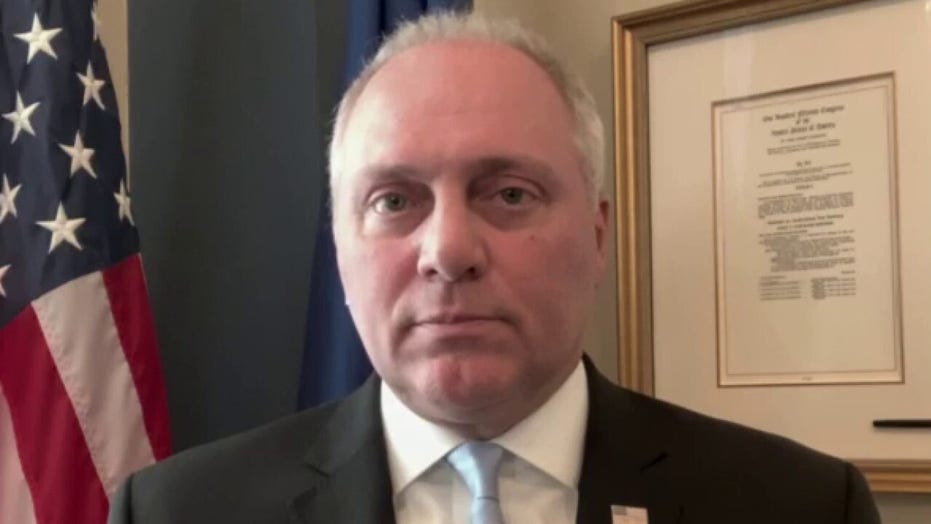 “Despite the Democrats’ intentions, I know these members will honorably serve the American people and making sure this does not turn into another baseless partisan pursuit,” McCarthy said.

A divided House of Representatives voted April 23 to establish a new investigative committee to monitor the implementation by Trump and his team of close to $3 trillion in coronavirus relief measures. Democratic leaders had been waiting for Republican leadership to name members to the panel, but Republicans had blasted the committee as being political and redundant to other oversight panels.

"While the Democrats might use this to take another stab at impeachment 2.0, Republicans we remain committed to truth and transparency," McCarthy said Thursday in announcing the Republicans' decision to participate in the committee despite objections about its creation.


Scalise is the No. 2 member of House GOP leadership and his appointment signals Republicans are mounting a strong defense to any potential investigations and subpoenas Democrats may launch against Trump.

House Speaker Nancy Pelosi, D-Calif., announced in April that she would create the committee led by Rep. Jim Clyburn, D-S.C., in April. Clyburn, the House Majority Whip, led a similar panel for oversight of the federal government’s response to Hurricane Katrina in 2006, Pelosi said.

But Republicans initially panned Clyburn's appointment as a sign the committee would be political since Clyburn is a strong ally of presumptive Democratic presidential nominee Joe Biden.

"What concerns me about this is not just the redundancy and waste of taxpayer money. It's who was selected," McCarthy said of the appointment of Clyburn and other Dem members he deemed too political.

Also Thursday, McCarthy signaled House Republicans want to hit the brakes on another round of coronavirus spending, even as Democrats are moving forward with a massive relief bill. McCarthy said the GOP wants to wait until the initial $3 trillion in spending is fully implemented.

"Before we take up any new bill, let's have hearings," McCarthy said.

The GOP leader also blasted House Democrats for failing to fully re-convene Congress during the pandemic, while senators came back to Washington this week. McCarthy said lawmakers are essential workers and the House should be back in session so legislating can take place more transparently.

The House was to reconvene this week, too, but leadership pulled back on the advice of the Capitol physician concerning the public health risks during the coronavirus pandemic.

"I believe Congress is essential," McCarthy said. "And just like essential workers in our communities, it's time that we get back to work."