At least 40 babies were born alive after botched abortions across three states since 2016, according to state health data that offers a glimpse into the extent of an issue that lawmakers have fiercely debated in recent months.

The data on babies surviving abortions is compiled on a mandatory basis by only a handful of states. What is available reflects a scenario that is rare but frequent enough to prompt proposals at the state and federal level for born-alive infant protection laws – especially in the wake of Virginia Gov. Ralph Northam’s controversial comments on the subject earlier this year.

The most recent information comes from Minnesota, which reported in June that three infants were born alive in 2018 after induced termination of a pregnancy. That brings the state total to 11 since 2016. Arizona reported 10 in 2017 and Florida had 19 such instances since 2017. Nationally, the Centers for Disease Control and Prevention reported 143 cases between 2003 and 2014 of infants born after attempted abortions, though those figures may be incomplete.

Three other states—Michigan, Oklahoma and Texas—have laws requiring data on infants born after botched abortions, but either have reported no cases or have not yet begun compiling the information. Arkansas just passed such a law in 2019. In most reported cases, the babies do not survive beyond 24 hours.

But the reports offer insight into a subject that captured attention in Congress this year.

House Republicans have unsuccessfully tried with 80 separate unanimous consent requests to get a floor vote on the Born-Alive Abortion Survivors Protection Act, sponsored by Rep. Ann Wagner, R-Mo. Further, 197 Republicans and three Democrats signed on to a discharge petition to have the bill voted on by the full Democrat-controlled House. The Democratic minority also blocked a Senate version of the bill sponsored by Sen. Ben Sasse, R-Neb. 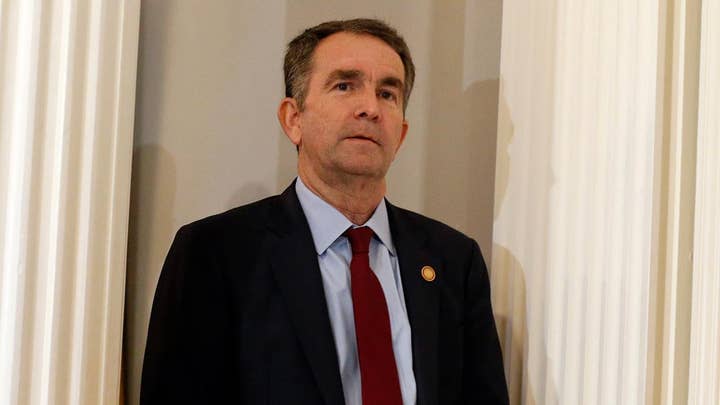 Two state-level developments, meanwhile, fired up the pro-life movement over the matter.

First, in January, New York state enacted legislation allowing abortion up to the point of birth. After a similar bill was proposed in the Virginia legislature, Democratic Gov. Northam was accused of advocating infanticide when he said: “The infant would be delivered. The infant would be kept comfortable. The infant would be resuscitated if that’s what the mother and the family desired, and then a discussion would ensue between the physicians and the mother.”

Northam, a pediatric neurologist, countered that he’s devoted his life to caring for children and said “any insinuation otherwise is shameful and disgusting," as his office accused critics of trying to “extrapolate” his comments “in bad faith.”

But the controversy has lived on.

President Trump brought up the Northam comments at a rally Thursday in Manchester, N.H.

“Virtually every top Democrat also now supports late-term abortion, ripping babies straight from the mother’s womb, right up until the moment of birth, and, in the case of the Virginia governor—he’s having a rough, rough time,” Trump said. “The doctor talks to the mother. The baby is now born … and then they decide whether or not to execute the baby. That is why I have asked Congress to prohibit extreme late-term abortion, is because Republicans believe that every child is a sacred gift of God.”

Arizona had the largest number in the shortest amount of time, with the state’s Department of Health Services reporting: “From August 2017 to December 2017, 10 abortion reports involving fetus or embryo delivered alive were submitted to ADHS along with the physician’s statement documenting the measures taken to preserve the life of the fetus or embryo.” 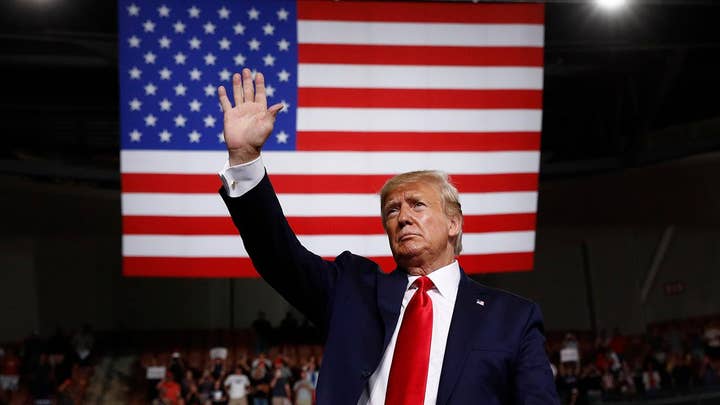 Florida’s Agency for Health Care Administration reported two infants born alive after an induced termination of pregnancy so far in 2019. The state reported six cases in 2018 and 11 cases in 2017.

The Minnesota Department of Health data shows three cases of “abortion procedures resulting in a born-alive infant were reported” in both 2017 and 2018, and five in 2016.

Michigan has reported zero so far. Oklahoma is unclear. Its report earlier this year on the “number of abortions resulting in an infant born alive” has information left blank, but says, “Cell is suppressed to maintain confidentiality of surrounding entries.”

The Texas Department of Health and Human Services reported zero cases of infants born after an attempted abortion. Texas' reports, however, are associated only with health complications with the mother, said Connor Semelsberger, legislative assistant with the pro-life Family Research Council.

“These numbers are in just three states, which means it’s a lot higher than we’d ever suspect,” Semelsberger told Fox News. “Arizona is the outlier. They’ve had good reporting. This is a state that takes this seriously. Arizona really is enforcing the laws on the books.”

Semelsberger noted that legislation protecting babies born alive passed with strong bipartisan support in battleground states such as Minnesota and Michigan, which “shows real contrast with the Democratic Party at the national level and at the state level.”

Dr. Diane Horvath, a fellow at Physicians for Reproductive Health, argued that anti-abortion figures are “manipulating” the complexities of abortion.

“These data are likely reflecting cases in which a woman has a wanted pregnancy but is unable to continue it, where she makes the decision with her doctor to end the pregnancy through induction of labor,” Horvath told Fox News in a written statement. “Examples may include a woman who has life-threatening bleeding before her baby is viable, who was in a car accident and has severe injuries that would require labor to be induced, or who received a fetal diagnosis that was incompatible with life.”

The CDC began requesting information from the states as a result of a 2002 law, when a bipartisan majority passed a version of the Born-Alive Infants Protection Act that President George W. Bush signed into law, defining a baby who survives a botched abortion as a human being that must be cared for accordingly under the law. However, the law carries no punishment for violations. The GOP proposals this year would put teeth behind the law, including potential prison time.

The CDC’s information is based on requested voluntary information from states, and the CDC report states, “it is possible that this number (143) underestimates the total number of deaths involving induced termination.”