Former Georgia gubernatorial candidate Stacey Abrams pushed back Sunday on calls to defund police departments across the country – calling it “a false choice idea” and arguing that reforming police departments is the best path forward.

Abrams, whose name is frequently mentioned as being on the shortlist to be presumptive Democratic presidential nominee Joe Biden’s running mate, said that what the United States needs is a “reformation of how police officers do their jobs” and “transformation in how we view the role of law enforcement.”

“We are being drawn into a false choice idea,” she said on ABC’s “This Week” when asked about the “Defund The Police” movement.

“The reality is we need two things,” she added. “We’ll use different language to describe it, but, fundamentally, we must have reformation and transformation.”

The “Defund The Police” movement arose amid the protests following the deaths of George Floyd in Minneapolis and Breonna Taylor in Louisville, Ky. The idea behind the movement varies between completely abolishing police departments to relocating the massive amount of funding many departments receive to other social programs.

Groups like Black Lives Matter argue that it isn’t necessarily about eliminating police departments or stripping agencies of all of their money. They say it is time for the country to address systemic problems in policing in America and spend more on what communities across the U.S. need, like housing and education. 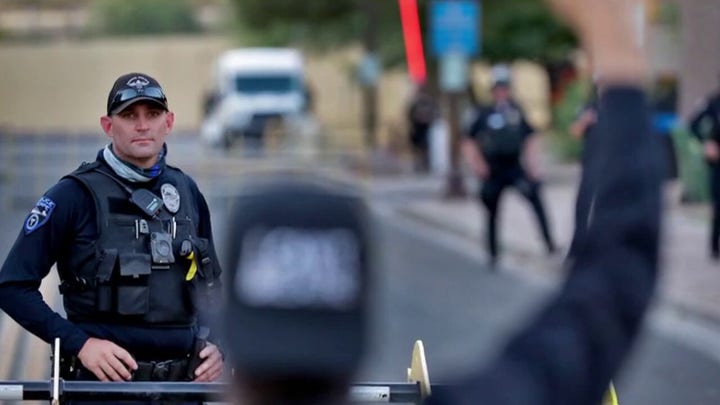 Biden has also come out against the idea of completely defunding the police, as have most Democrats in Congress.

Instead, the House last week proposed a far-reaching overhaul of police procedures and accountability, saying their proposal would not eliminate police departments — a decision for cities and states — but establish new standards and oversight.

The Justice in Policing Act, the most ambitious law enforcement reform from Congress in years, confronts several aspects of policing that have come under strong criticism, as in-custody deaths are captured on cellphone video and shared widely across the nation and the world. 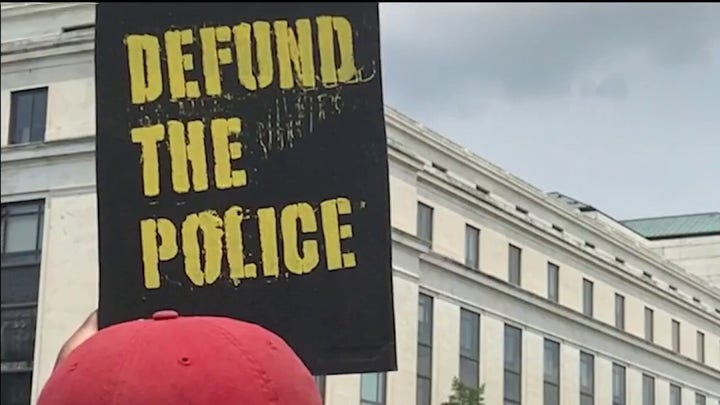 It would revise the federal criminal police misconduct statute to make it easier to prosecute officers who are involved in “reckless” misconduct and it would change “qualified immunity” protections to more broadly enable damage claims against police in lawsuits.

The legislation would ban racial profiling, boost requirements for police body cameras and limit the transfer of military equipment to local jurisdictions among other things. 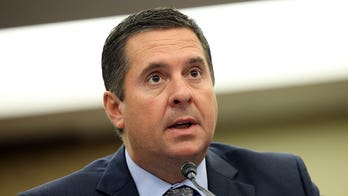