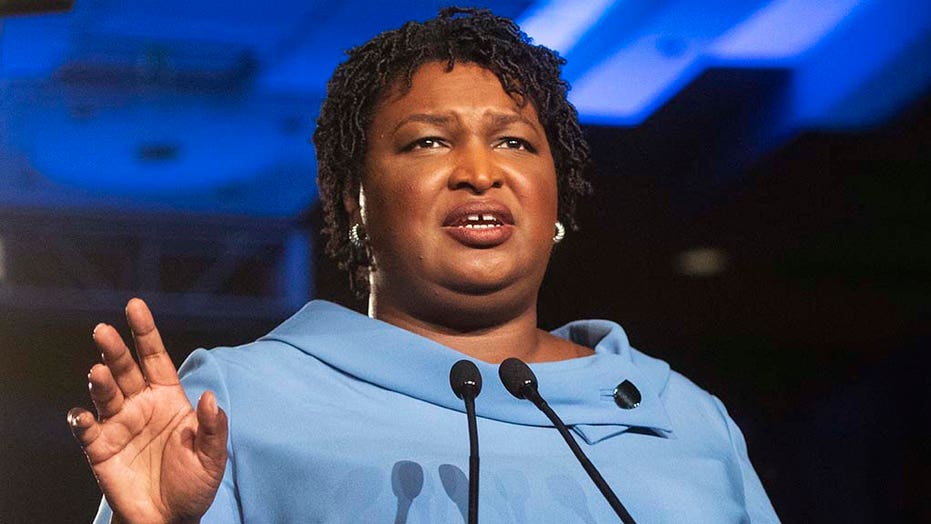 Former Georgia gubernatorial candidate Stacey Abrams said she has “not received any calls” from the Biden campaign about vetting her as a potential vice presidential pick.

Late-night host Stephen Colbert asked Abrams on “The Late Show” Wednesday whether she could confirm or deny rumors that she was being considered as Joe Biden’s running mate. He cited CNN political analyst April Ryan as having said Abrams was being vetted.

“I have said many times that if called I will answer, but I have not received any calls,” Abrams said. “Though I look forward to hearing from whomever April Ryan is speaking to.”

Colbert asked Abrams about her boldness with expressing interest in the job. “A lot of times, possible vice presidential running mates [are] demure when they’re asked the question,” Colbert said. “Why do you not demure as people do in the past?”

Abrams said she was typically asked about her qualifications for the job on account of her race.

Abrams has considered both a Senate and presidential run and has been floated as a possible vice presidential candidate. She delivered the formal State of the Union response to President Trump in January 2019.

As early as August 2019, Abrams said she would be “honored” to be considered for a VP pick by “any” Democrat nominee.

“I would be an excellent running mate. I have the capacity to attract voters by motivating typically ignored communities. I have a strong history of executive and management experience in the private, public and nonprofit sectors,” the Democrat from Georgia touted in a recent interview with Elle Magazine in April.

“I’ve spent 25 years in independent study of foreign policy. I am ready to help advance an agenda of restoring America’s place in the world. If I am selected, I am prepared and excited to serve,” she spotlighted.

Abrams lost the governor’s seat to Republican Brian Kemp in 2018.

She has repeatedly questioned the outcome of the 2018 race and refused to concede, saying in March 2019, "I did win my election. I just didn't get to have the job." She accused then-Secretary of State Kemp of voter suppression.

"What I regret every day is that we could not stop [Georgia Gov. Brian Kemp] from bastardizing this whole process, from denying the franchise to those who had earned it by being Americans and tried to use the right to vote to set the course of their futures," she said. "And I will always be deeply, deeply hurt that we live in a nation that permitted that to happen."

After she lost to Kemp in 2018, Abrams has been outspoken against what she viewed as voter suppression -- something she saw as a priority during the primaries.

"My responsibility is to focus on the primary. And that means using the primary as an opportunity to build the apparatus to fight voter suppression. Because in the end, no matter where I fit, no matter which ones of our nominees win, if we haven’t fought this scourge, if we haven't pushed back against Moscow Mitch and his determination to block any legislation that would cure our voting machines, then we are all in a world of trouble," she said, using a derogatory nickname for Senate Majority Leader Mitch McConnell, R-Ky.