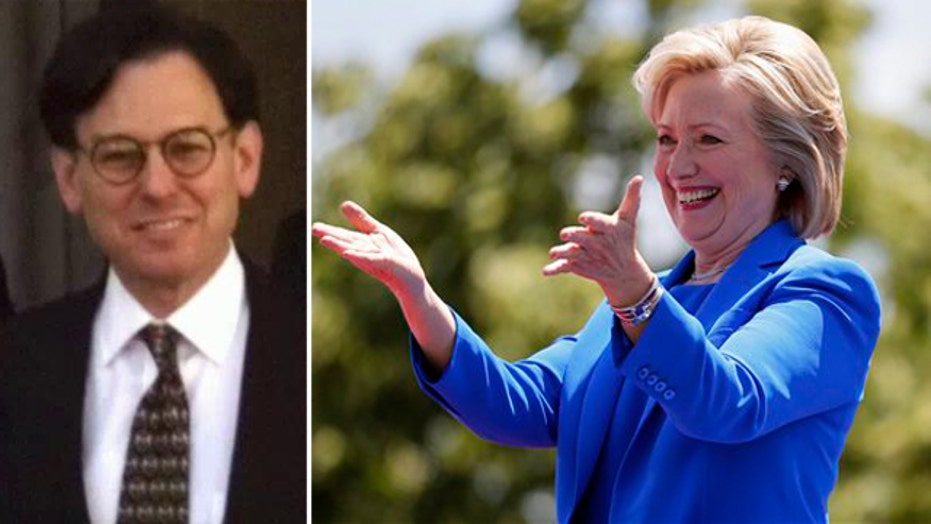 Former adviser to be questioned by Benghazi panel

Dozens of emails handed over to Congress from a longtime Clinton confidant were not part of the trove of emails originally submitted by the State Department, Fox News has learned -- raising questions over why those emails were apparently withheld.

One source told Fox News the newly submitted emails from Sidney Blumenthal show a "significant gap" in the record.

Blumenthal testified in closed session Tuesday to the House panel probing the Benghazi attacks about frequent emails on Libya he sent to Hillary Clinton when she served as secretary of state. Blumenthal worked in the White House under President Clinton and is a longtime friend and adviser to the Clinton family.

Blumenthal's role in sending the near-monthly missives emerged when nearly 350 pages of emails about the 2012 attacks on the U.S. diplomatic post in Benghazi were publicly released last month.

Fox News has learned that in advance of his appearance, Blumenthal's attorney handed over 60 emails, totaling nearly 180 pages.

Those documents, though, were never made available by the State Department.

It is unclear whether the State Department withheld them, or whether they were never provided by Hillary Clinton to the department for review.

"Clearly, the committee should have gotten this information sooner," panel Chairman Trey Gowdy, R-S.C., told reporters before the session.

Fox News is told the documents show Blumenthal providing policy advice to Clinton on Libya, and acting as a de facto intelligence operative for her, especially in 2011 before Libyan dictator Muammar Qaddafi was forced from office and killed.

His testimony comes days after Clinton formally re-launched her presidential campaign on Saturday.

A spokeswoman for the committee, Amanda Duvall, said the GOP-led panel "is only interested in the facts," adding that Blumenthal was called to testify because of the large number of emails he sent Clinton regarding Libya.

Rep. Lynn Westmoreland, R-Ga., said he and other committee members want to know the depth of Blumenthal's involvement in Libya policy, why he had the information and who gave it to him.

The five Democrats on the Benghazi panel said their Republican colleagues were no longer interested in discovering facts about Benghazi, but merely were trying to prove that Clinton "engaged in some sort of conspiracy" over the attacks.

Rep. Elijah Cummings, D-Md., the senior Democrat on the panel, said Blumenthal's deposition was the latest example of how the committee "has strayed far from investigating the Benghazi attacks and is now focused like a laser on attacking Secretary Clinton in her run for president."

Cummings called it a "travesty" that the committee has spent more than $3.5 million on what he called a "partisan fishing expedition with no end in sight."

Blumenthal was willing to testify yet was served with a subpoena by armed marshals, Cummings said. He called the subpoena, issued by Gowdy, "abusive" and difficult to understand.

According to the State Department, they have not yet been contacted by the House Benghazi panel about the Blumenthal emails.

A spokesman also said the department "provided the Committee with a subset of documents that matched its request and will continue to work with them going forward."

"Secretary Kerry has been clear that the State Department will be both transparent and thorough in its obligations to the public on this matter," spokesman Alec Gerlach said.

A federal judge has ordered the State Department to release batches of Clinton's email correspondence from her time as the nation's top diplomat every 30 days starting on June 30.