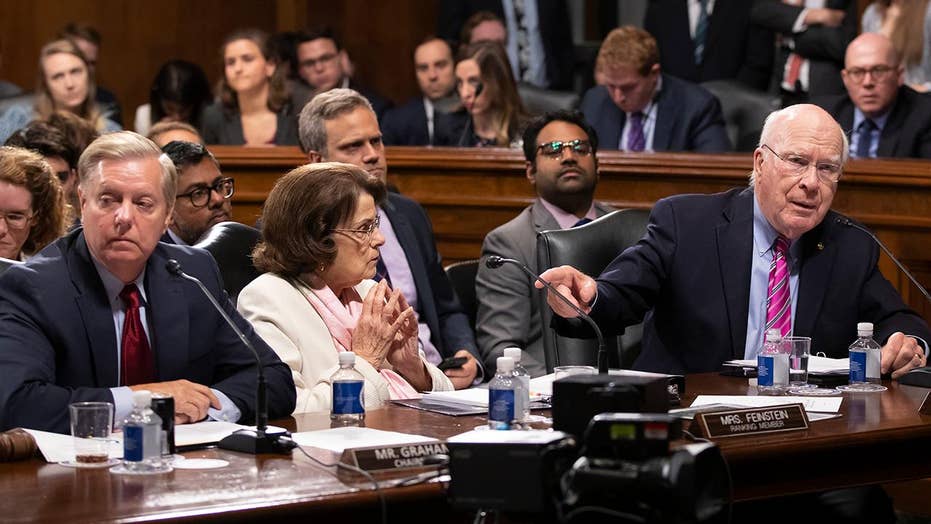 The committee eventually approved the bill on a narrow 12-10 vote -- but only after Chairman Lindsey Graham, R-S.C., battled accusations that he was violating Senate rules by taking up the measure after the panel fell one Democrat shy of a quorum at a related meeting last week.

“Why even have rules?” Ranking Member Dianne Feinstein, D-Calif., asked rhetorically. Sen. Patrick Leahy, D-Vt., backed her up, saying, “If the majority is willing to break any rule in order to report this bill today, there are no rules.”

Graham defended the move, stating the bill had been ready to move forward for seven weeks and Democrats intentionally did not show up last week in an effort to stymie the legislation.

“I’m not changing the rules,” Graham said, noting that the rules allow a majority of the committee to decide to vote.

Graham said that if he allows the Democrats to get their way, “the committee becomes irrelevant.”

“It would be different if I had not tried. For seven weeks I withheld marking up this bill and I got nowhere,” Graham said angrily. “What you’re telling me is I should ignore what you did to me last week. I will not.”

In an uncomfortable moment, Graham addressed Leahy directly, stating, “Senator Leahy, you’ve been here a long time. I would never have done this to you,” only for Leahy to state that he missed last week’s meeting “because a member of my family was being buried.”

Graham immediately offered condolences but noted that he had been told Democrats would not show up for political reasons.

Graham also alleged that Democrats skipping the meeting were trying to disempower him. "You're not going to take my job away from me!" he said.

The bill itself calls for asylum claims from the Northern Triangle of Guatemala, Honduras, and El Salvador to be made at refugee centers to be set up in Central America and Mexico. 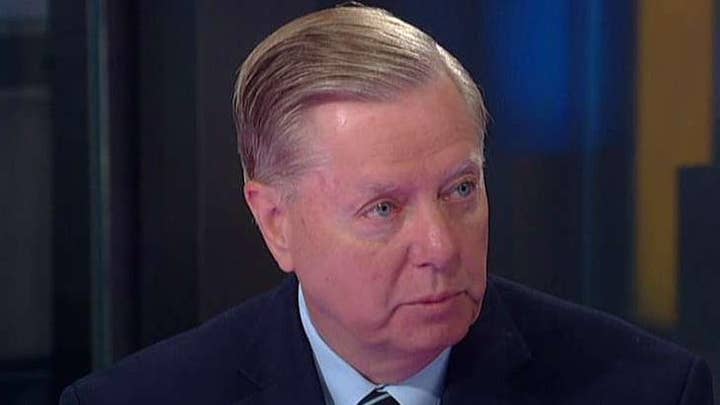 Additionally, the bill calls for 500 new immigration judges so that cases are handled more swiftly, reducing the current backlog of cases.

The bill would also allow unaccompanied children from Central America to be sent back to their home country after screening, as is the case with children who enter from Canada and Mexico.

Feinstein said the bill would repeal a requirement for minimum standards at facilities, giving sole authority over the standards to the Department of Homeland Security, without any judicial review. Feinstein mentioned that seven children have died in U.S. custody thus far due to poor conditions.

“The Graham bill doesn’t fix these problems, it will only make them worse,” Feinstein said.

Feinstein also asserted that it would only “increase problems at the border” by allowing children to be detained in poor conditions longer than the current system permits.

This was in reference to a provision in the bill which would also override a court settlement agreement that caps child detention at 20 days, allowing families to be held together for up to 100 days.

Graham has claimed that requiring children – and those accompanying them – to be released after 20 days has allowed for fraud. Graham told Fox Business Network’s Maria Bartiromo in July that 30 percent of those who cross into the U.S. with children are "fake families," and that loopholes are used to let the same children come back over and over, bringing different adults with them.

“I will no longer allow our asylum laws to be exploited by human traffickers, smugglers and cartels,” Graham said in a statement Thursday. “Cartels, smugglers and human traffickers are profiting off immigrants and helping them take advantage of our broken asylum laws. I will no longer allow the loopholes in our laws to be exploited. I will not aid and abet these horrific practices. My bill fixes these problems.”