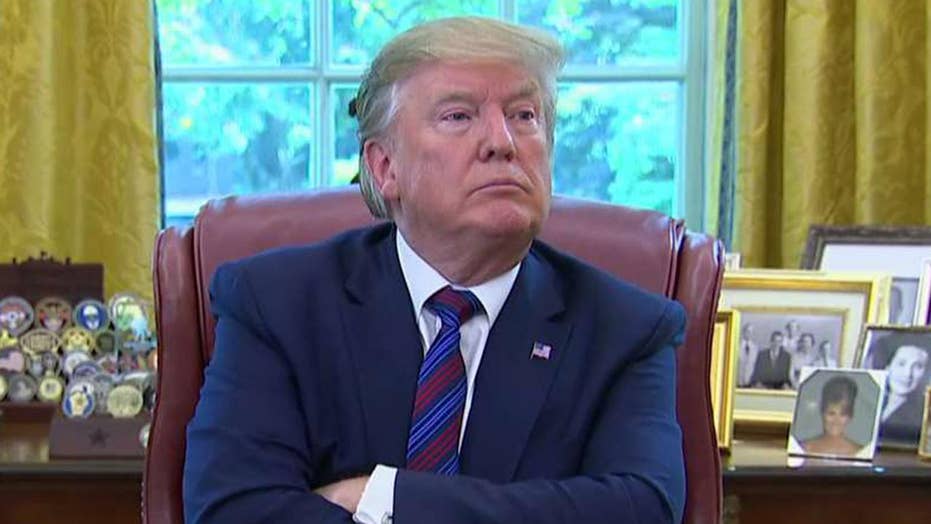 President Trump says his administration has no cooperation from the Democrats on fixing the crisis at the southern border.

President Trump on Friday announced a so-called "safe third country" deal with Guatemala to restrict asylum claims to the United States from Central America, calling it a “landmark agreement” and arguing it “will put the coyotes and smugglers out of business."

"We've long been working with Guatemala and now we can do it the right way," Trump told reporters in the Oval Office, with Guatemalan interior minister Enrique Degenhart at his side.

Trump told reporters he believes “this will really help” with the situation at the border.

The agreement would require migrants, including Salvadorans and Hondurans, who cross into Guatemala on their way to the U.S. to apply for protections in Guatemala instead of at the U.S. border. It could potentially ease the crush of migrants overwhelming the U.S. immigration system and hand Trump a concession he could herald as a win as he struggles to live up to his campaign promises on immigration. 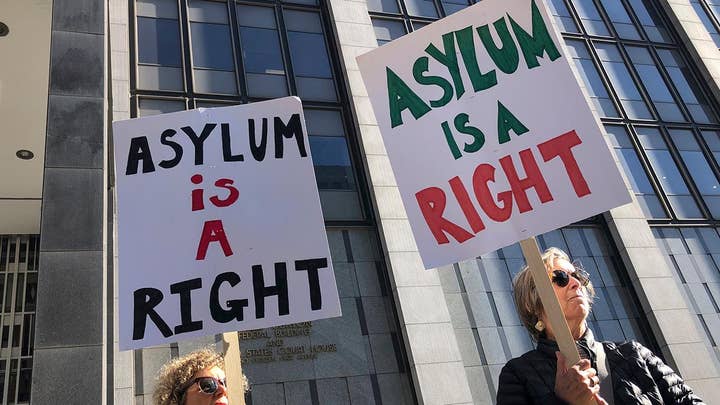 The announcement comes after a court in California blocked Trump's most restrictive asylum effort to date, one that would effectively end protections at the southern border.

The two countries had been negotiating such an agreement for months, and Trump threatened Wednesday to place tariffs or other consequences on Guatemala if it didn't reach a deal.

It's not clear how the agreement will take effect. Guatemala's Constitutional Court has granted three injunctions preventing its government from entering into a deal without approval of the country's congress.