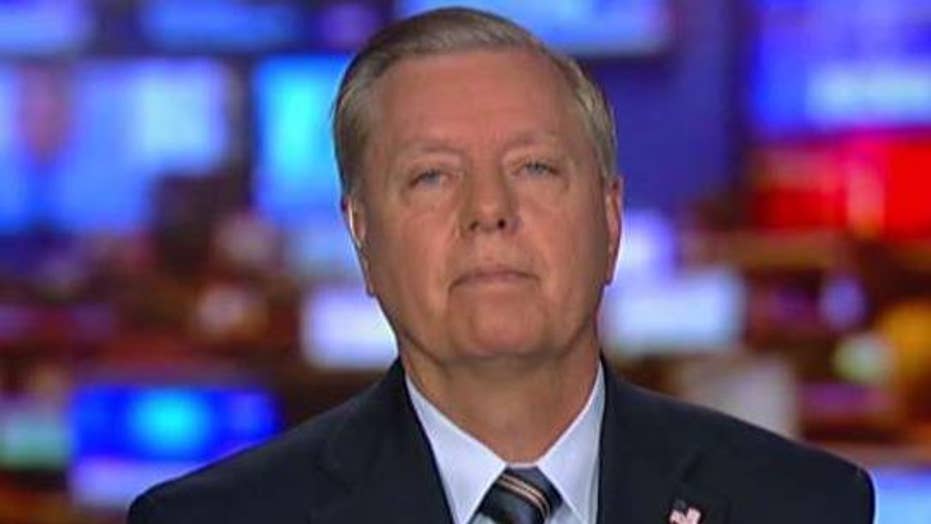 Sen. Lindsey Graham: ICE raids are focused on those who already had their day in court

Senate Judiciary Chairman Lindsey Graham weighs in on the crisis at the southern border, Robert Mueller’s upcoming Capitol Hill testimony, growing tensions between the U.S. and Iran and more.

While Democrats criticize the Trump administration for the conditions children are kept in at the southern border, Sen. Lindsey Graham, R-S.C., is pointing out gaping holes in American policies that allow children to be used by adults to get into the United States illegally.

Graham said that thirty percent of those who cross into the U.S. with children are "fake families," and that loopholes are used to let the same children come back over and over, bringing different adults with them.

“This is a sick system, it’s rotten to its core,” Graham told host Maria Bartiromo on “Sunday Morning Futures.” He said, “children are being exploited.”

"Our laws are set up such so that if you can bring a small child to America coming from Central America, we can only hold the child for 20 days, then we let the entire family go because we don’t want to separate families," Graham said.

The senator said that he's heard of 60 children who were released, only to come back with others.

"They pick the child up in Central America, they bring them to the United States, everybody’s released, and the child goes back to Central America to do it again," he claimed. “They’re taking this journey, God knows what happens to them along the way."

Graham, the chairman of the Senate Judiciary Committee, also claimed that the amount of fraudulent border crossing is so bad, “a terrorist could easily get in this group.”

The way to fix this, he suggested, is to crack down on who crosses into the U.S. and help improve the situations in the Central American, and Democrats need to help.