Pete Buttigieg, known throughout his 2020 presidential bid as "Mayor Pete," got a big promotion Tuesday to become President Biden's next transportation secretary.

The Senate confirmed Buttigieg's nomination by a vote of 86 to 13.

Buttigieg becomes the first openly gay person, and one of the youngest, confirmed by the Senate to a major Cabinet post.

Buttigieg is the former mayor of South Bend, Ind., who had a strong start to his 2020 presidential bid by narrowly winning the Iowa caucuses. He dropped out of the race on March 1, 2020, and endorsed Biden.

Biden said Buttigieg, 39, reminds him of his late son, Beau, and praised his former rival as "a new voice with new ideas."

Buttigieg will be responsible for implementing Biden's sweeping $2 trillion climate and infrastructure plan to rebuild roads and bridges in a green fashion and to remake how people travel.

Buttigieg graduated from Harvard College and Oxford University and was an intelligence officer in the United States Navy Reserve.

Buttigieg sailed through his Senate Commerce Committee confirmation hearing on Jan. 21. His nomination was advanced out of the committee on Jan. 27 with broad bipartisan support on a 21-3 vote. The three dissenters were Sens. Marsha Blackburn R-Tenn., Ted Cruz, R-Texas, and Rick Scott, R-Fla.

"As someone who had served our country, as a United States Navy reservist, including deployment in Afghanistan, he also, as a Rhodes Scholar, showed impressive understanding of the future of our transportation policies and the major changes that they are going through," said Sen. Maria Cantwell, D-Wash., the incoming chair of the Senate Commerce Committee.

Some senators spoke out against Buttigieg's nomination because of the Keystone XL pipeline cancellation that critics say will kill jobs, drive up gas prices and hurt the energy industry.

"Pete Buttigieg lacks the experience necessary to oversee the U.S. Department of Transportation," said Sen. Roger Marshall, R-Kan. "Fixing municipal potholes and managing bus routes in no way equates to what he will oversee at DOT. It is troubling that Pete Buttigieg has openly talked about using his post as a pulpit for social agenda items and supports the cancellation of the Keystone XL pipeline."

Biden had made rebuilding U.S. infrastructure in a green fashion a top priority for his administration. Biden's climate and infrastructure plan focuses on rebuilding roads and bridges and expanding zero-emission mass transit while boosting electric vehicle infrastructure, including building 500,000 charging stations over the next decade.

Buttigieg said he wants to work with lawmakers in a bipartisan fashion to usher in new plans for updating the nation's roads, bridges, rails and airports.

Schumer expressed optimism that Buttigieg would help in his backyard in New York by approving the Gateway Tunnel project that languished under the Trump administration and helping the struggling Metropolitan Transportation Authority, the nation's largest transit network.

"[Buttigieg] has demonstrated an impressive familiarity with our nation’s entire transportation challenges – challenges which are pronounced in states like my own, where projects like the Gateway Tunnel are a top national priority," Schumer said.

The Senate in 2018 confirmed Ric Grenell, who is also openly gay, as ambassador to Germany, which wasn't considered a Cabinet-level post. Former President Trump later moved Grenell to serve as acting Director of National Intelligence in 2020, making him the first openly gay person to serve in a president's Cabinet. He served there in a temporary fashion without Senate confirmation until the upper chamber approved John Ratcliffe as director. 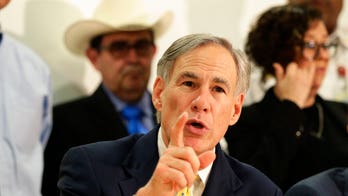 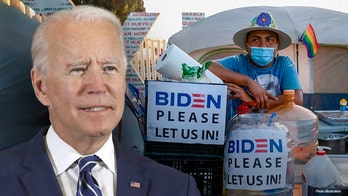