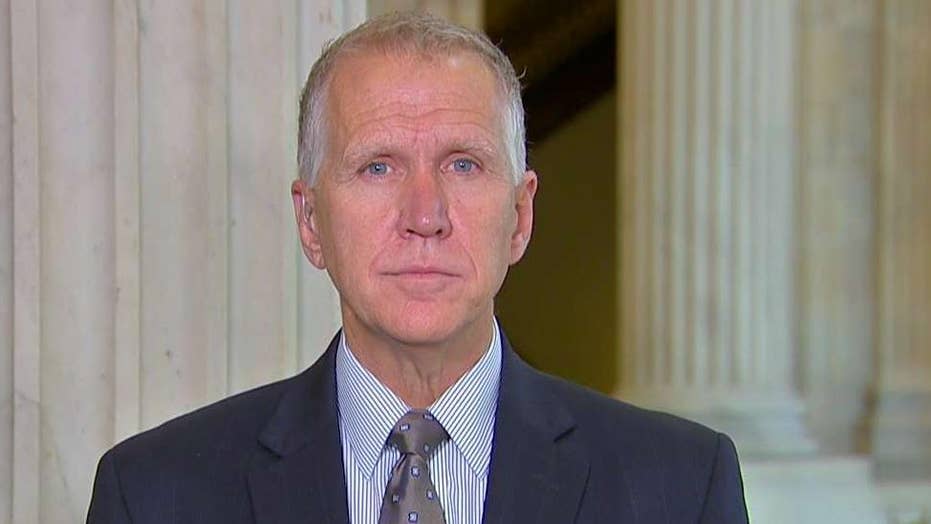 Sen. Thom Tillis weighs in on escalating tensions between the US and Iran

During an appearance on "America's Newsroom," Tillis said he supports the president's display of strength as tensions continue to rise between the United States and Iran. This week, Secretary of State Mike Pompeo revealed that Iran-backed missiles positioned rockets near American military bases in Iraq, prompting the State Department to order non-emergency personnel at the U.S. embassy and consulate there to leave the country.

"They spend hundreds of millions of dollars a year and they channel them into terrorist organizations throughout the world," Tillis said.

"If you don't go after them, they'll spread their influences," he added. "Hundreds of millions a year go into the terrorist organizations and the country aided and assisted militia that killed hundreds of American soldiers in Iraq during the conflict there."

Tillis added that although it is not his desire or that of the president to engage in war with Iran, the United States needs to take action and "manage the risks that come along with it."

Tillis also said that the president should impose economic sanctions on Iran.