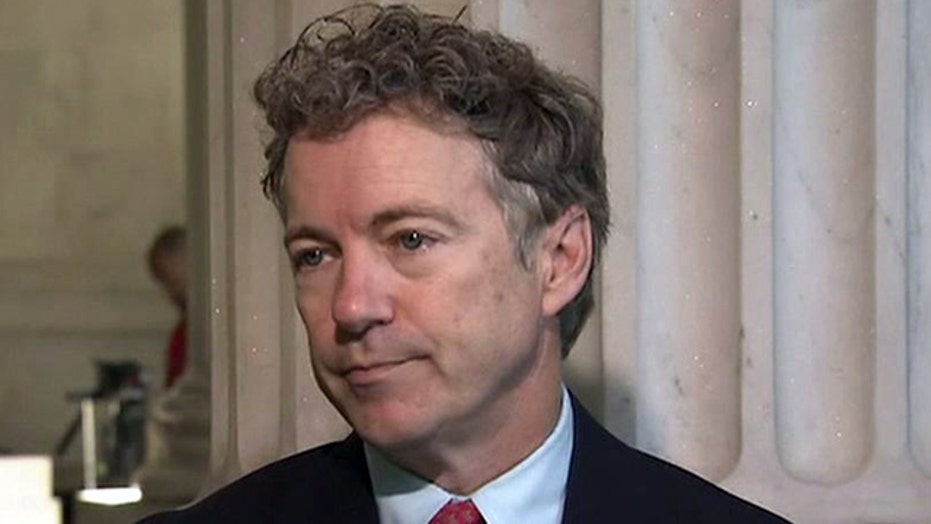 Key Republican senator explains his opposition on 'The Kelly File'

Sen. Rand Paul told Fox News’ Shannon Bream on “The Kelly File” Thursday he is fighting President Obama’s nominee for surgeon general because Dr. Vivek Murthy is “truly a basher of the Bill of Rights.”

On Wednesday Paul announced he is placing what's known as a hold on the nomination of Murthy, which is a courtesy afforded to senators allowing them to voice their opposition.

Paul said Murthy’s nomination is concerning because Murthy is a very vocal gun control advocate, who has called for among other things, doctors being allowed to ask children without their parents or guardians present if there are legal guns kept in their home. Murthy is also a strong supporter of ObamaCare.

“He truly is a basher of the Bill of Rights,” Paul said, later adding, “this is not the type of advocacy we want from the surgeon general.”

Paul denied criticism from Democrats who claimed he was just trying to play politics with the position. Paul said he has supported many Obama nominees in the past, but has to fight this one.

“I am not someone who is always beating up on Democrats because they’re Democrats,” Paul said. “This is a partisan person being nominated for a non-partisan position.”