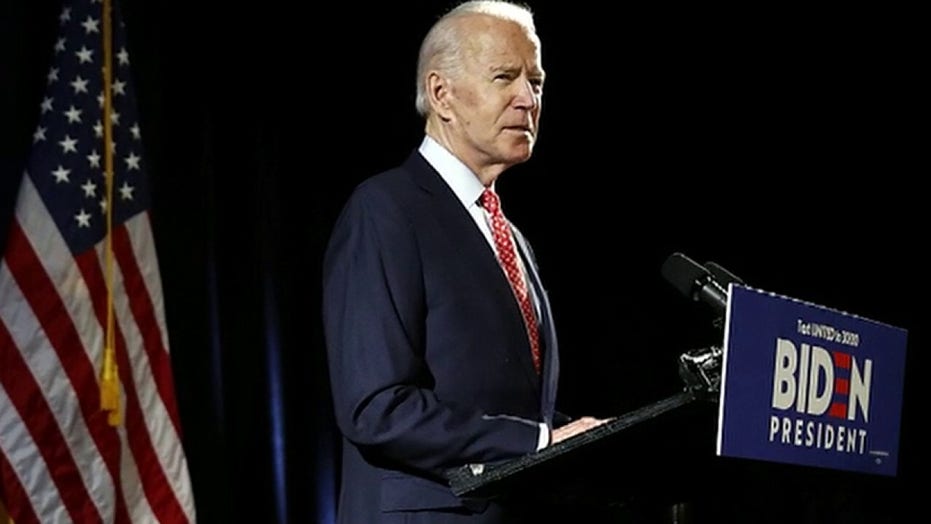 The secretary of the Senate on Monday said her office cannot comply with a request by presumptive Democratic presidential nominee Joe Biden to order a search for a purported complaint made by the woman accusing him of sexual assault when he was a senator.

In a statement, Julie Adams said their legal counsel has reviewed the relevant statute governing such records and advised that “the Secretary has no discretion to disclose any such information as requested in Vice President Biden’s letter of May 1.”

CONFUSION OVER PURPORTED COMPLAINT AGAINST BIDEN

The statement cited the law’s confidentiality requirements and past Senate guidance.

DRAFT PROPOSAL WOULD BRING TAIWAN TO THE TABLE AT WHO, IN BID TO PUSH BACK AT CHINA INFLUENCE

"Based on the law’s strict confidentiality requirements (Section 313) and the Senate’s own direction that disclosure of Senate Records is not authorized if prohibited by law (Senate Resolution 474, 96th Congress, Section 3(a)), Senate Legal Counsel advises that the Secretary has no discretion to disclose any such information as requested in Vice President Biden’s letter of May 1," Adams said.

According to the Biden campaign, they’ve since reached out again to the secretary of the Senate to ask if even the “existence of any such records” is subject to the same “prohibition on disclosure,” if there is anyone who could lawfully view them, and if the Senate could release the procedures followed for the year in question for such complaints.

This comes after Biden on Friday called on the secretary to essentially resolve confusion over where personnel complaints from the 1990s would be held, after demanding hours earlier that any complaint from former staffer Tara Reade be located and released.

“We had understood that the Senate stores records from this office, and from this period, in the National Archives. The Archives now states that the records would have remained under the control of the Senate,” Biden wrote.

“Accordingly, I request that you take or direct whatever steps are necessary to establish the location of the records of this Office, and once they have been located, to direct a search for the alleged complaint and to make public the results of this search," he continued. "I would ask that the public release include not only a complaint if one exists, but any and all other documents in the records that relate to the allegation.”

Biden's letter and Adams' statement that she cannot get involved with Biden's request come after confusion over where such a complaint would be and who would control it last week.

Biden, who has denied Reade's charge that he sexually assaulted her while she was a staffer in his Senate office in 1993, sent the request to Adams Friday evening after he said in a written statement that morning that if such a complaint exists, it would be kept at the National Archives, putting the focus squarely on the agency that houses hundreds of years worth of American history.

"There is only one place a complaint of this kind could be — the National Archives," Biden said. "The National Archives is where the records are kept at what was then called the Office of Fair Employment Practices. I am requesting that the Secretary of the Senate ask the Archives to identify any record of the complaint she alleges she filed and make available to the press any such document. If there was ever any such complaint, the record will be there."

That statement from Biden tipped off confusion and speculation on who exactly controls documents from the Fair Employment Office. The National Archives issued a statement claiming that a Fair Employment Office complaint "would have remained under the control of the Senate." It did not, however, deny that the complaint could physically be in its possession but legally under the control of the Senate.

Adams' Monday statement did not deny that the complaint might exist or that it could be at the National Archives. It said that she would not be able to release the complaint if it does exist because of a law that ensures the confidentiality of such complaints.